VERIFY: Is there an aluminum can shortage?

A News 8 viewer emailed asking why they could not find their favorite soda. Specifically, if it had to do with an aluminum can shortage. 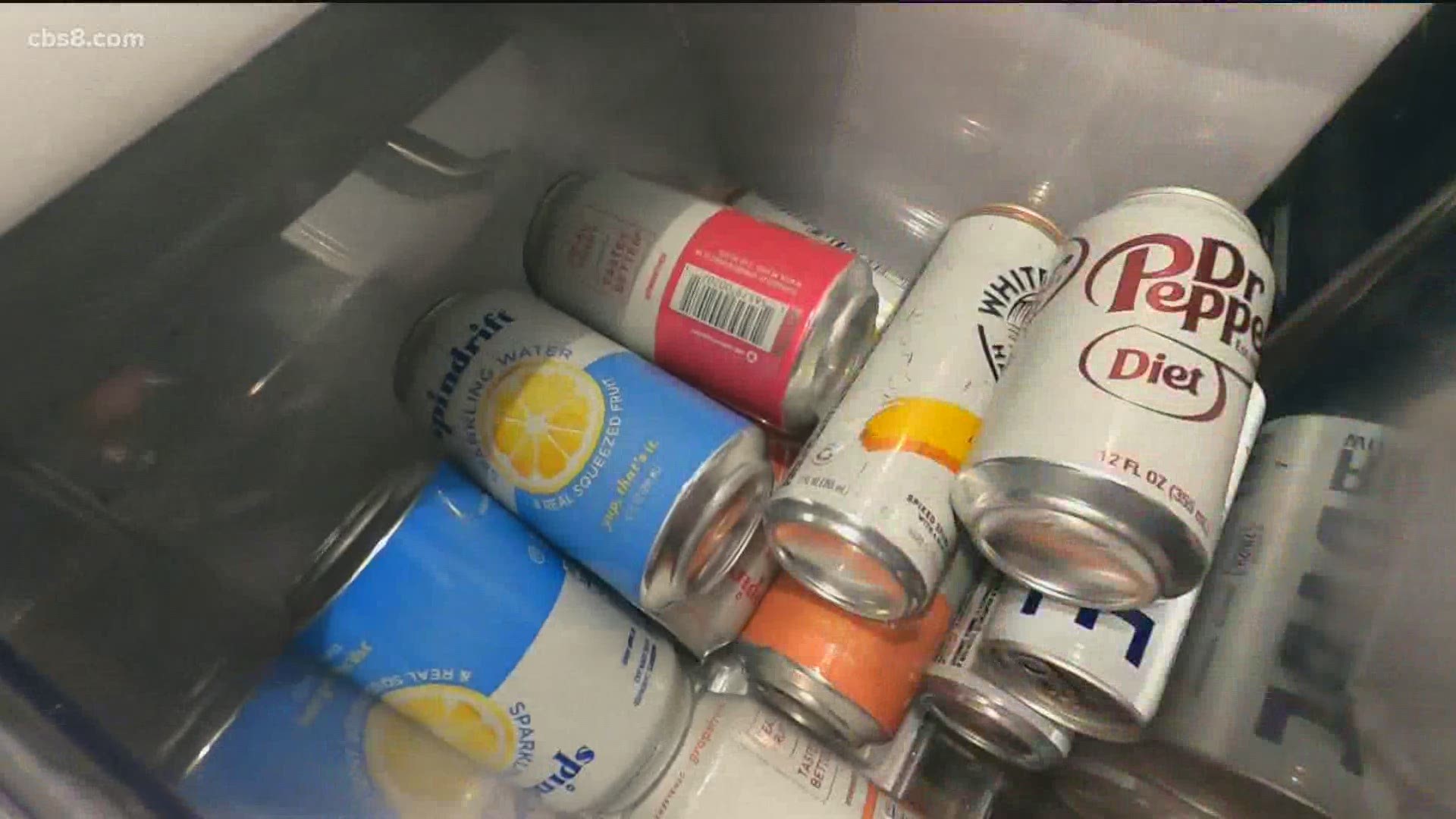 SAN DIEGO COUNTY, Calif. — It's no secret the coronavirus pandemic has led to a shortage of things like toilet paper and cleaning products, but what about canned soda and alcohol?

A News 8 viewer emailed asking why they could not find their favorite soda. Specifically, if it had to do with an aluminum can shortage.

Sean Harris is the owner of Serpentine Cider, which has two tasting rooms in San Diego. He verified there is an aluminum can shortage, saying consumers are turning to cans more now than ever before.

Harris has even given cans to local breweries who have run out.

"We're going through them faster than we ever have," he said.

So, why the increase?

As more people drink at home, they're stocking up on cans in grocery stores and tasting rooms instead of going out to bars.

The same trend can be seen with sodas. An industry report indicates can sales were up 30% in March and April.

A spokesperson with the Brewers Association explained to News 8:

"Other beverage industries are moving away from other packaging, particularly plastic, creating additional demand. All indications are that the aluminum can manufacturers are producing at or near capacity."

News 8 also reached out to can manufacturer Ball.

An official there confirmed the supply issue saying:

"We are aggressively expanding our U.S. can manufacturing production by installing two new lines in existing facilities and building two state of the art plants."

Harris said he's concerned because the cans he uses are on backorder, and while he still has some left, with the way sales have been going, coupled with his desire to can even more of his products, he's not sure how long they'll last.

"Potentially a huge problem because if we don't have cans to sell, that's 70% of our sales, so this is something that could potentially be a really big problem," he said.

No word yet on when the issue will be resolved.