The VERIFY team breaks down claims made by President Donald Trump in his speech from the White House Thursday. 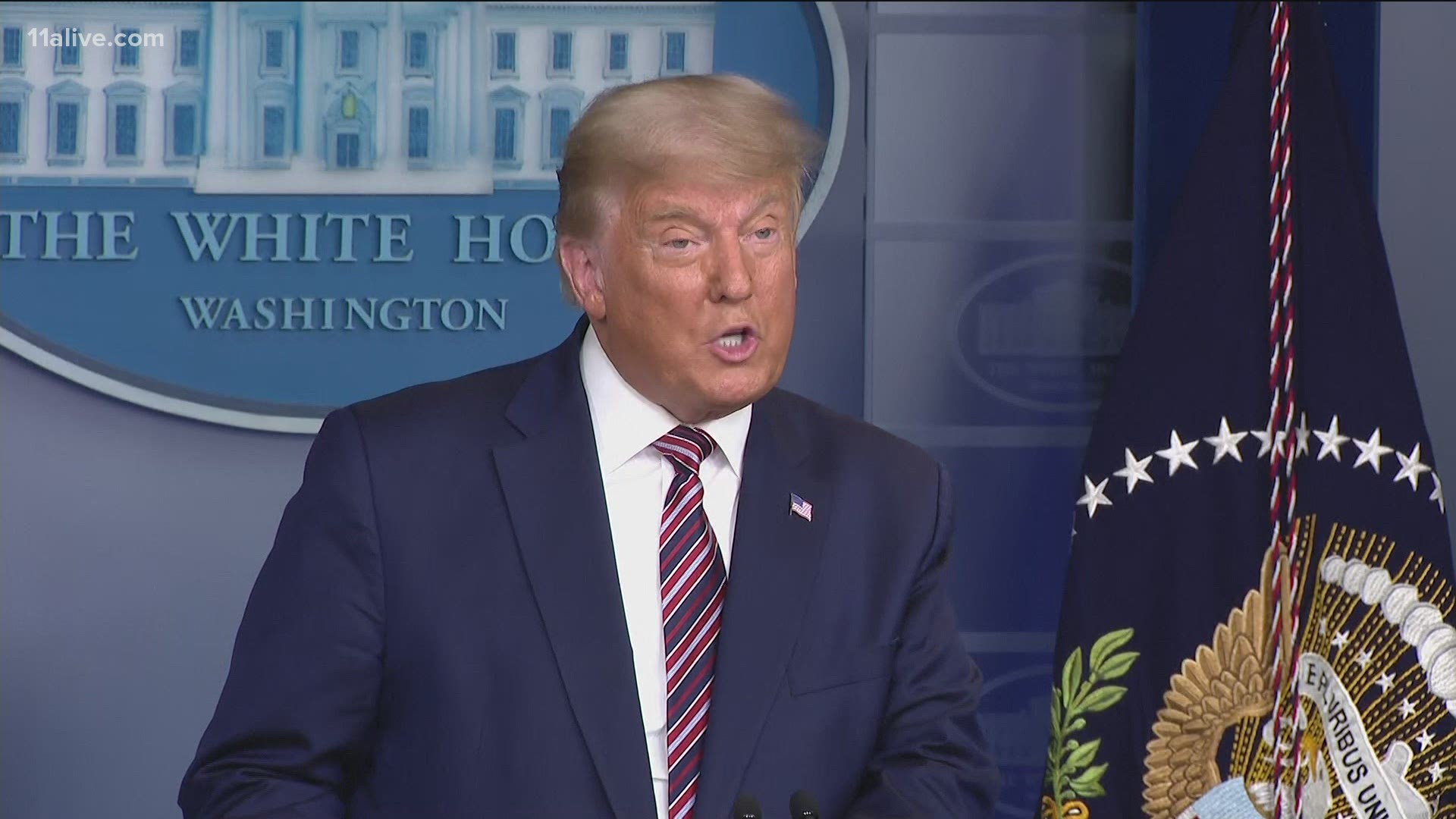 WASHINGTON — President Donald Trump held a press conference on Thursday as key battleground states were continuing to count their ballots. Trump is contesting the ballot counting process in several states, including in Georgia

Trump: "The election apparatus in Georgia is run by Democrats."

This claim is FALSE. It’s run by the Georgia Secretary of State, who is a Republican.

The Georgia Secretary of State is Brad Raffensperger, who has been a Republican dating back at least to his time in the Georgia House of Representatives from 2015 to the start of 2019. In fact, Trump endorsed him on Twitter in November 2018 and Raffensperger assumed the position in January 2019.

Trump: "In Georgia there was a pipe burst – in a faraway location that was unrelated to the location of what was happening and they stopped counting for four hours."

This claim is FALSE.

The pipe that burst in Georgia created a water leak that affected the room where absentee ballots were being tabulated. No ballots or equipment were damaged and repairs were completed in two hours.

Here’s a statement from Jessica Corbitt-Dominguez, director of external affairs for the Fulton County Government.

"At approximately 6:07 a.m. on November 3, the staff at State Farm Arena notified Fulton County Registration & Elections of a water leak affecting the room where absentee ballots were being tabulated. The State Farm Arena team acted swiftly to remediate the issue. Within 2 hours, repairs were complete. No ballots were damaged, nor was any equipment affected. There was a brief delay in tabulating absentee ballots while the repairs were being conducted.