Valley senior targeted by cyberbullies fights back by speaking up

Westview High School senior Grace Martinez has been bullied since kindergarten. Now she's using her experience to help others. 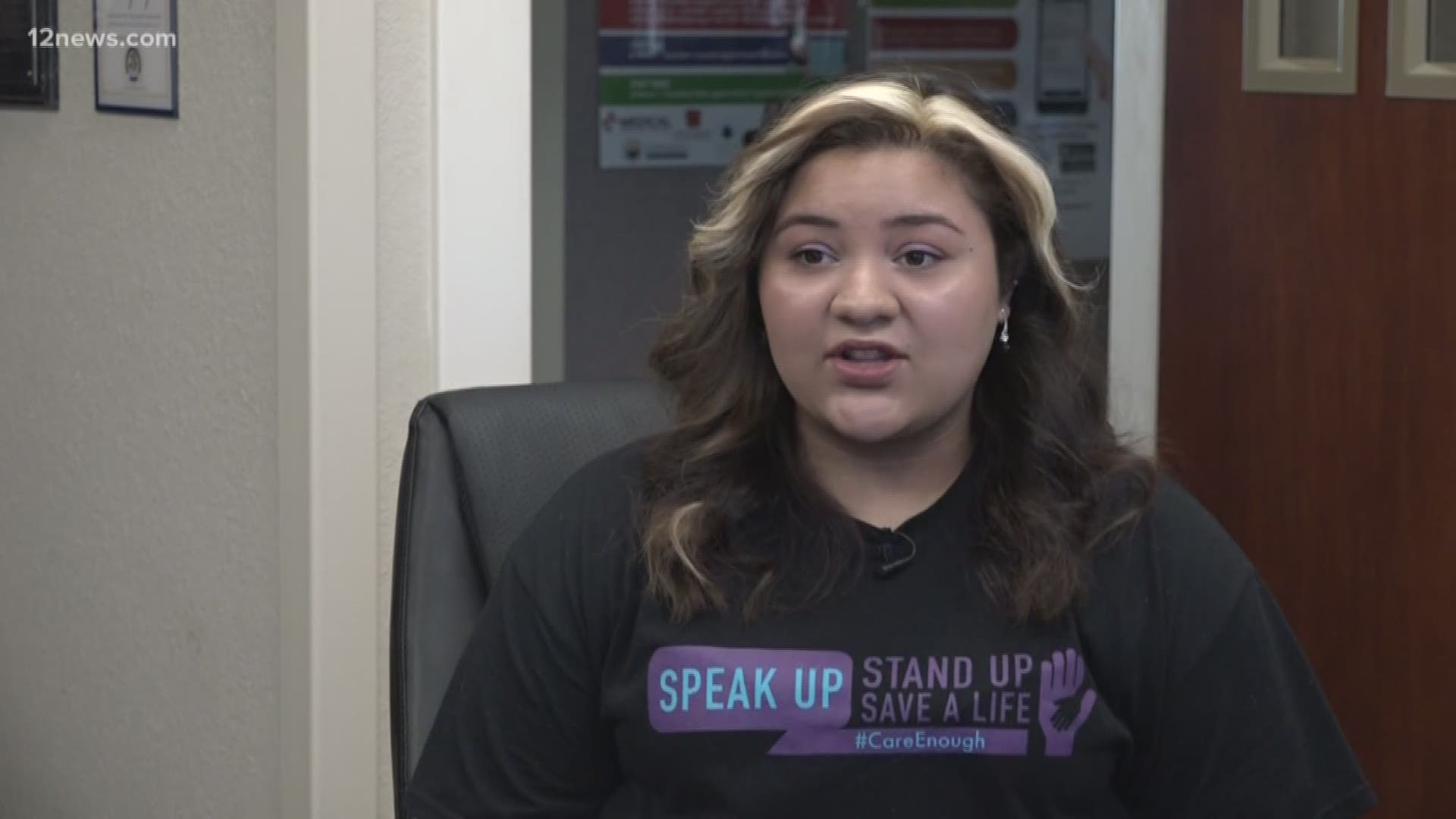 PHOENIX — The statistics are hard to hear: One child dies by suicide every five and a half days in Arizona schools.

For every one of those suicides, there are more than 200 attempts, according to Teen Lifeline.

12 News spoke with a West Valley senior targeted by cyberbullies who is now fighting back by speaking up to help others.

“Kindergarten. It started with me being shoved around the playground,” said Grace Martinez, a senior at Westview High School in Avondale. She will never forget the first time she was bullied. “It was just very difficult.”

Sadly, it didn’t stop there.

“The longer it went on, the more I began to realize, 'Oh, it was because of the way I looked and talked,'” she said.

As she got older, it turned into cyberbullying.

“A hate page was made about me on Vine,” said Grace. “They put my picture next to an article… them saying I looked like this, I looked like that, I didn’t know why it was happening.”

Eventually, she found herself on a downward spiral.

“I did start self-harming when I was in the seventh grade, because by then, I didn’t want to feel the pain,” she said.

“We want to enable parents and teens to be able to learn together through a set of interactive activities about cyberbullying, be better prepared for it,” said Yasin Silva, associate professor of Computer Science.

“It just conveys information about the relative risk that the teen is facing and changes in that risk,” said Deborah Hall, associate professor of psychology for the School of Social and Behavioral Sciences at ASU.

“There are a lot of different pieces of the puzzle that can come together, it’s not one single effort that’s going to eradicate cyberbullying.”

RELATED: Here's how to find mental health services near you

Thankfully, for Grace—one of her friends spoke up and she was able to get help.

Now, Grace is rising above what happened, moving forward and encouraging others to do the same.

“Who you think you are as a person is much greater than what everybody thinks you are.”

New versions of the Bully Blocker and Action Point apps will be available later this year in the app store.

You can find warning signs to look out for here.

Editor's note: If you or someone you know is struggling with suicide, call the National Suicide Prevention Hotline at 800-273-8255. It is available 24/7.