Doctors say only 200 kids have been formally diagnosed with the neurological disorder that attacks the child's motor skills. 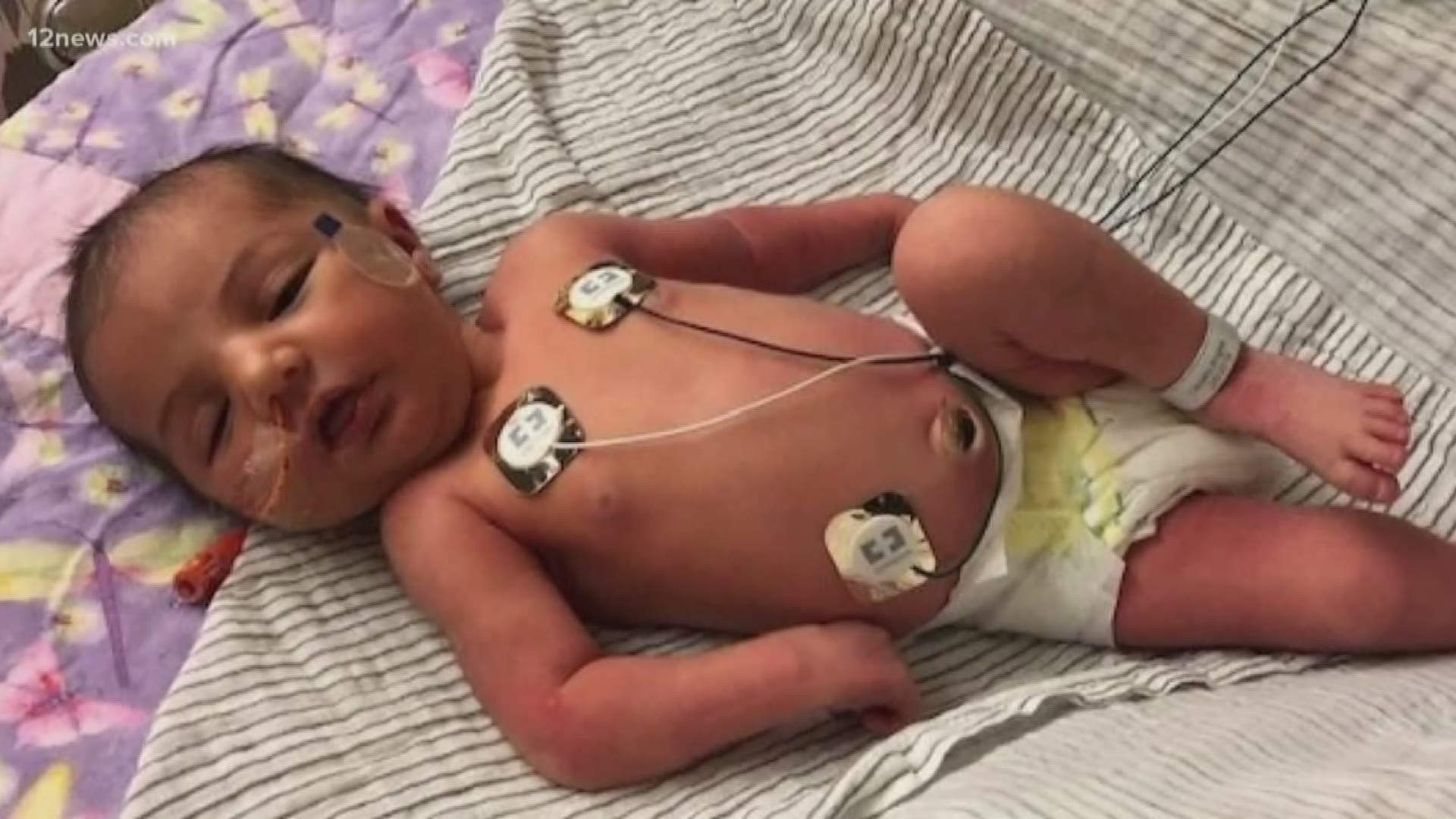 A Valley couple’s six-month-old is suffering from a rare disorder first diagnosed in humans in 2011. And they say their daughter is the only case Phoenix Children’s has seen.

“The most important thing we want to do is get the word out about KIF1A,” Jeremy Capello said.

His daughter, Gia was born with KIF1A, a rare neurological disorder. Only about 200 kids have been formally diagnosed; although, Jeremy and his wife Angela expect thousands of kids are affected because the illness is difficult to detect.

It took doctors three months to figure out what was wrong with Gia. The family says she is one of three with such an aggressive strain.

“It was definitely the hardest three months,” Angela Capello, Gia's mother, said. “We had a completely normal pregnancy, so we weren’t expecting this. And I think that’s the hardest part is that we wish that we had known a little bit more.”

The illness attacks children’s motor skills. And Gia’s specific mutation is particularly aggressive, leaving her parents to believe that the six-month old’s life expectancy is about three years. There is no cure.

“We know what’s in store for her,” Jeremy said, “so as parents we are taking on this campaign for life.”

“Thank you first of all so much for visiting Gia’s page,” Groff said in a video posted to YouTube.

He is offering two sets of tickets to a performance of “Little Shop of Horrors” and a backstage tour with him after the show in New York. One set goes to the highest bidder, the other to the person who donates and is drawn at random.

“Best of luck to all, and I hope to see you in New York sometime soon. And thank you again for supporting Gia and KIF1A,” Groff said.

The family says the money from the GoFundMe will go to Gia’s care and research.