A tree fell on a house during a birthday party Sunday afternoon, according to officials. 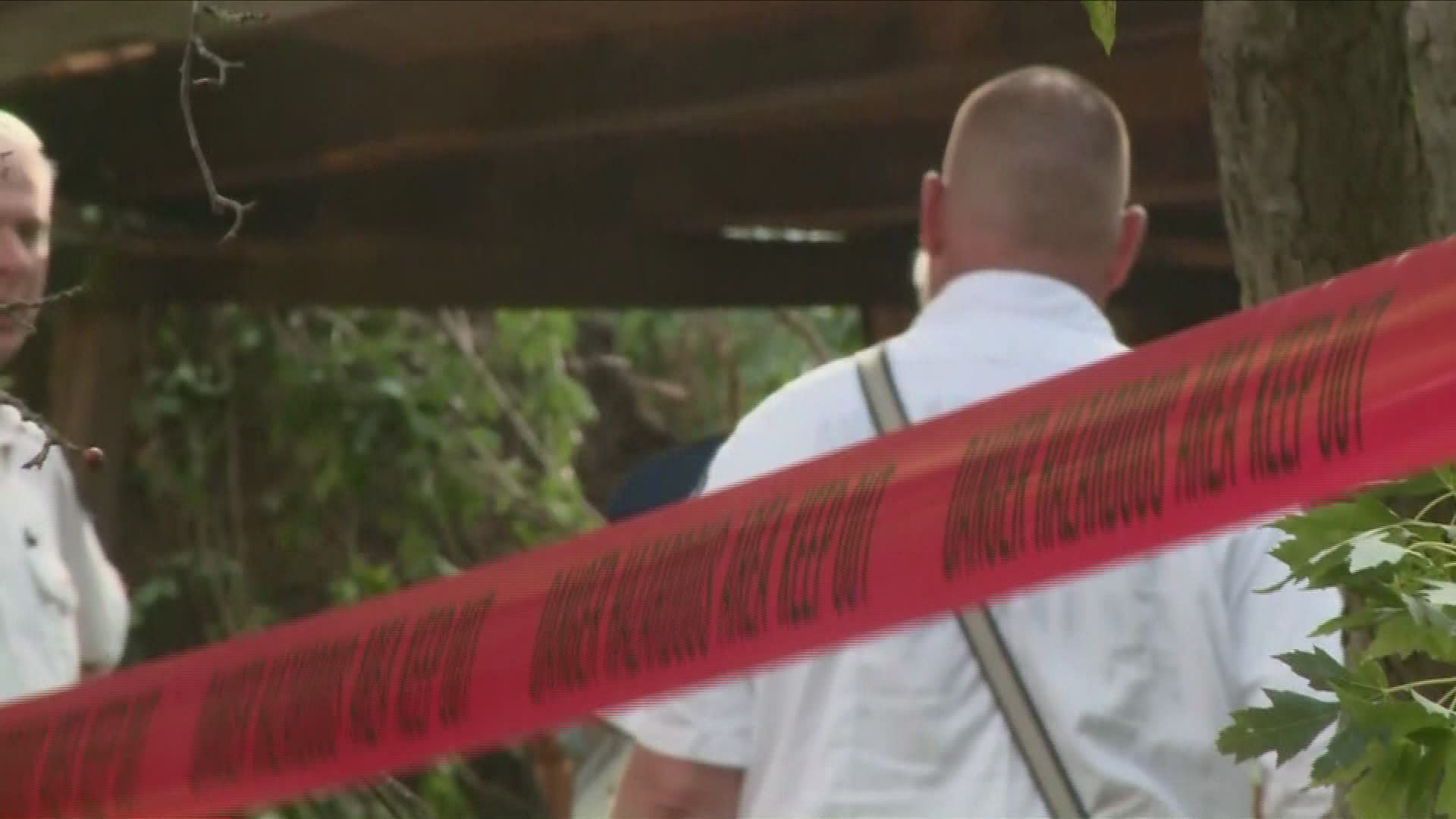 PASADENA, Md. — Six people in Pasadena, Maryland, were trapped in a home garage after a tree fell on it during a birthday party when storms passed through the area Sunday afternoon.

The search for survivors happened in the 8300 block of Dunn Road around 5:20 p.m., according to Anne Arundel County officials.

Fire officials said 21 people were taken to four area hospitals -- 19 adults and two pediatric patients. One person, who was not identified, was critically injured with non-life-threatening injuries. Six people had serious injuries, and 14 people had minor injuries, officials said.

A total of 74 firefighters responded to the scene. The first arriving firefighters encountered several injured patients who had been able to remove themselves from the garage. Of the six trapped, three were helped out quickly by firefighters. The other three people were extricated by firefighters using cribbing, power tools, and airbags.

After the rescue, firefighters conducted a search and found no additional victims.

Storms up to 60 mph impacted the greater DMV region, bringing thunder, lightning and rain on Sunday.

The storms moved into the region as the Mid-Atlantic region has seen on-and-off storms since mid-June.

Hot temperatures have also impacted the greater D.C.-area and the District will experience its 11th straight day of 90-degree temperatures on Monday. More isolated storms are expected Monday evening.

RELATED: How is the DMV doing with COVID-19? | Johns Hopkins University pandemic expert weighs in

RELATED: If you've been tested for COVID-19 at this lab, health officials ask that you get retested or seek medical attention

RELATED: VERIFY: Is there a moratorium on evictions, late fees during pandemic?