Phoenix Police has pledged to release body camera footage more quickly but has only shown partial, edited video so far. 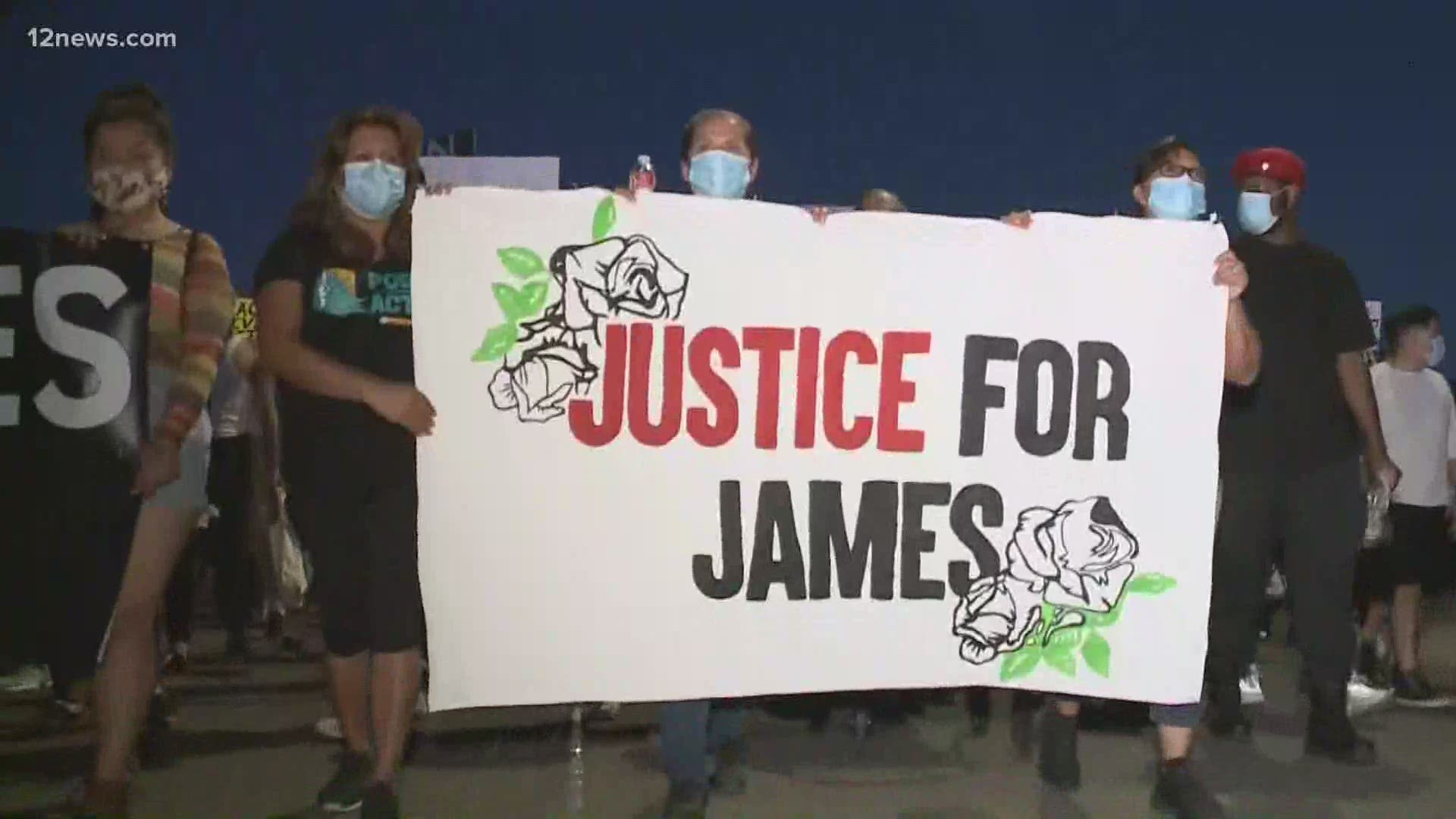 PHOENIX — “I am brokenhearted."

Outside of Phoenix Police headquarters a white banner reading "Justice for James" was unfurled held by sisters, while their mom spoke about a brother who will no longer come home.

"“He was an awesome young man and he was my son,” Denice Garcia said about her son, James Garcia.

Garcia was killed on the Fourth of July in the driveway of a home near Indian School Road and 56th Avenue. Police were looking for a suspect in a stabbing when they found Garcia sleeping in his car. Police said Garcia refused commands and raised a gun at officers before police opened fire, killing him.

Denice Garcia on Wednesday called for Phoenix Police to release all the officer body camera video and the 911 calls so she and her family can truly know what happened to her son and if officers should have shot him.

Phoenix police have not confirmed if Garcia was the man they were looking for.

The only video of the shooting comes from a bystander. Phoenix PD said they are still reviewing the body camera of the officers involved in the shooting but did release body camera footage of what happened immediately after the shooting. The video shows an officer taking a gun from out of Garcia's car.

However, without the full picture, the Garcias are left with questions.

“We are tragically left to grieve without answers as to why our loved ones were killed,” Denice Garcia said.

The Garcias are not the only ones without answers.

Dion Johnson's family is still left wondering what exactly happened. Dion was shot and killed by a DPS trooper on the side of a highway in May.

DPS said Johnson was sleeping in his car and when he woke up tried to grab the officer's gun.

There is no body cam video of the shooting.

Four days earlier, another shooting where a family wants answers.

Police responded to an apartment complex after reports of fighting. Police say after identifying themselves, 40-year-old Ryan Whitaker came outside with a gun and moved quickly towards an officer. Police shot and killed Whitaker.

However, 48 days after the shooting, no body camera footage has been released.

Katie Baeza, Ryan's sister, has been pushing for the release of the video because the version told by police doesn't square with a man she said had the utmost respect for the uniform.

“Until you are in this situation you have no idea how hard it is to get through this,” Baeza said. “It continues to victimize the family and just you telling them what happened is not an answer.”

“That is all we want to know, what happened. So it’s agonizing when you don’t know..”