The town of Cleator, a tiny ghost town north of the Valley, is for sale for $1.25 million. 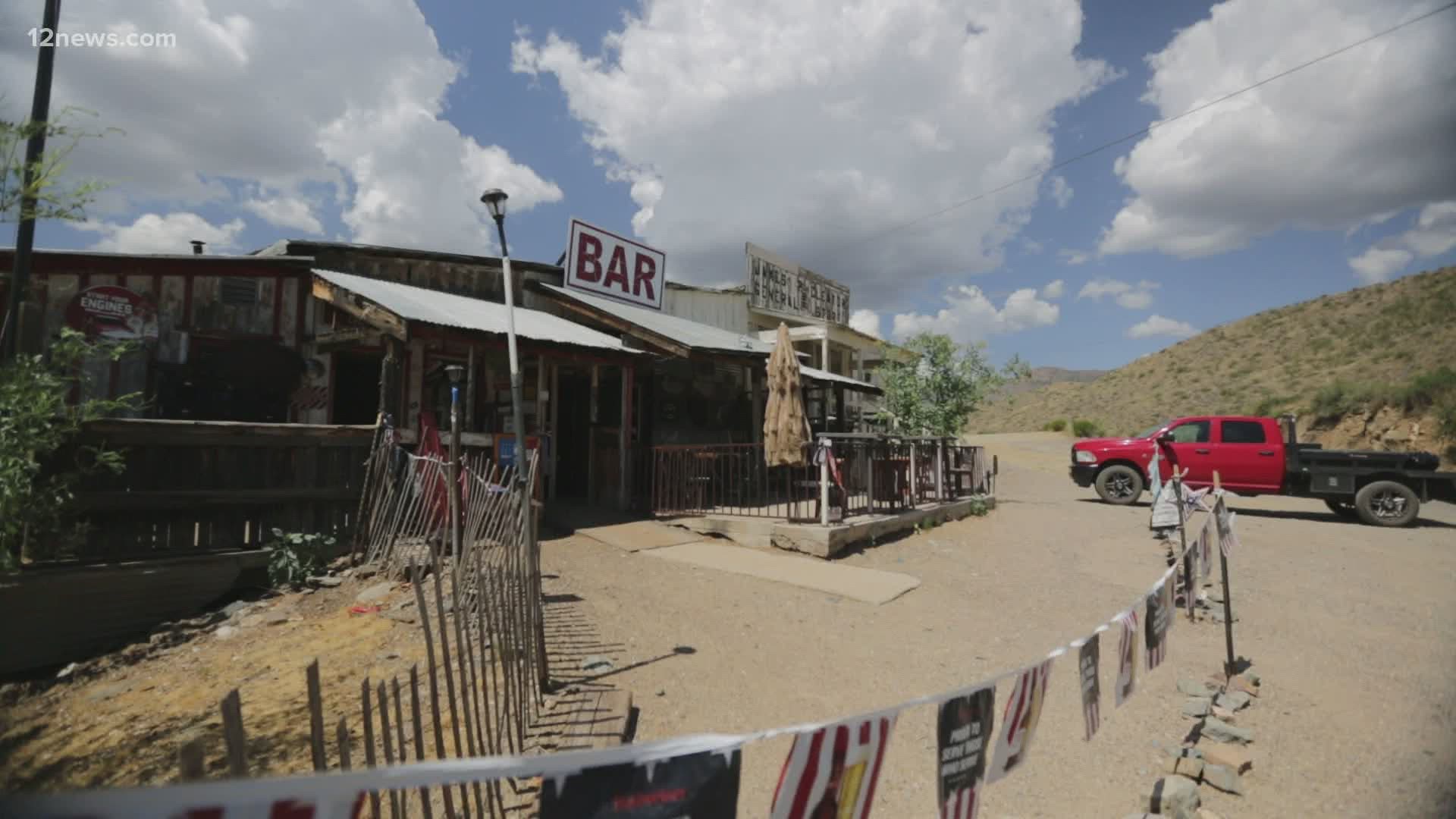 CLEATOR, Ariz. — The tiny "town" of Cleator, Arizona, with a population of about eight, is for sale for $1.25 million.

For the price, you get about 40 acres, 20 buildings and the Cleator General Store, Bar and Yacht Club.

No, Cleator does not have any lakes.

The bar has been there for decades and has slowly expanded from a literal hole in a wall, to a sprawling complex popular with day-trippers, off-roaders and bikers.

“Well where else are they going to go?" Brown asked, laughing.

There is, however, a bar built into a grounded pontoon boat behind the bar. There are surfboard tables and broken jet skis around it.

The handful of people who live in Cleator are all renters, even Brown, who leases the bar. The towns owners are their landlords and pay rent.

Godsey said the novelty of owning an entire town has attracted people with dreams of retirement, living off the grid, even transforming it.

But the people who live in Cleator generally don't leave. People like Mike keep the place running. He has another five years left on the bar's lease...he'll be here through the next owner too.

“Whoever it is that comes in here," Brown said, "I hope that he allows Cleator to be Cleator."