Officer Jaen's resignation is independent from the criminal review and administrative investigation, which are still ongoing, the department said. 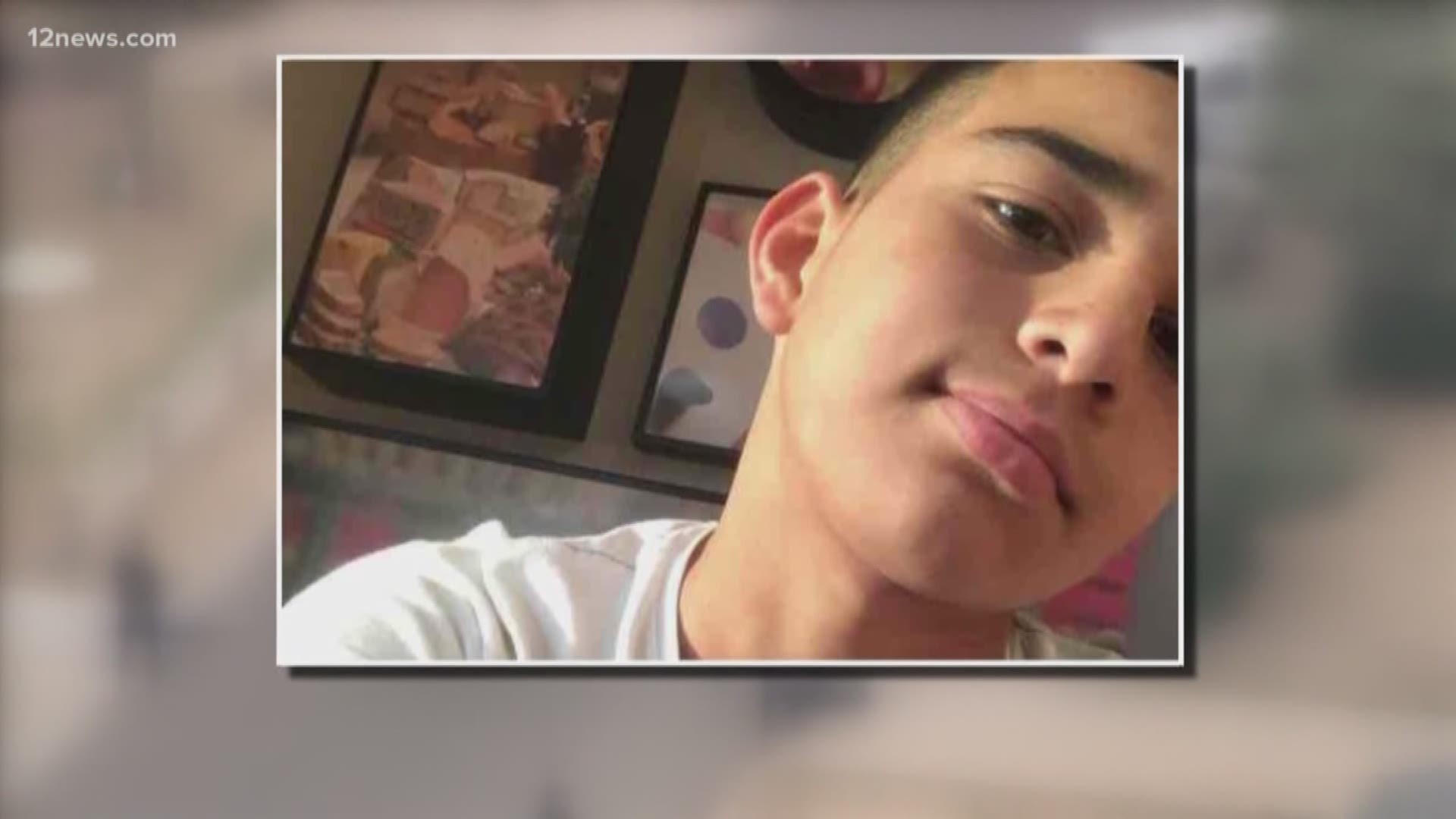 Editor's note: The video above aired after the release of body cam video in the shooting of 14-year-old Antonio Arce.

TEMPE, Ariz. - Tempe PD Officer Joseph Jaen resigned from the department Monday, about four months after he shot and killed 14-year-old Antonio Arce, who was possessing a fake gun.

Body camera footage showed an orange-tipped fake gun underneath the Arce's arm as an officer approached him after he was shot.

"The death of Antonio Arce has deeply affected all of those involved. The Tempe Police Department again would like to offer our condolences to the Arce family," the release read, in part.

According to the department, Officer Jaen's resignation is independent of the criminal review and administrative investigation, which are still ongoing.

On Jan. 15, Tempe police say they were responding to a call of a suspicious car in an alley when Jaen saw Arce inside the pickup truck. Video shows the boy exiting the truck and running away, and Jaen chasing after him. Jaen shot twice at Arce from at least 114 feet away, striking him once in the shoulder. The boy continued to run but collapsed on a street just outside the alleyway.

Police officials said Jaen fired because he perceived a threat.

The video shows Jaen, who was alone, standing behind a concrete wall as he commands Arce to drop his weapon. Arce is unresponsive, except for a quick moment in which he lifts his head up.

Several minutes pass as the frantic Jaen, who curses as he waits for backup, keeps a distance.

About five minutes pass before other officers who arrived on scene approach Arce's body, turning him over and handcuffing him before they begin chest compressions.

The other officers comforted Jaen. One of the officers, Officer David Lewis, told Jaen he did a "good job."

Another officer, Officer Anna Cano, said, "Why don’t you just go? Let us take this. He's down."

But before Lewis turns Arce over to perform CPR, an apparent pellet gun with an orange point is seen under Arce's right arm. Body camera video also shows a clear bottle with a blue top filled with what looks like pellets.

Jaen is winded and in disbelief as he's ushered back to his car.

Firefighters soon arrive on scene. Arce is transported to the hospital where police say he died.

The officer-involved shooting is still under review with the Maricopa County Attorney's Office and the administrative investigation by the Tempe Police Department is ongoing.