On Thursday, six Tempe police officers left a Starbucks after they were told by a barista that a customer felt uncomfortable. The company has since apologized. 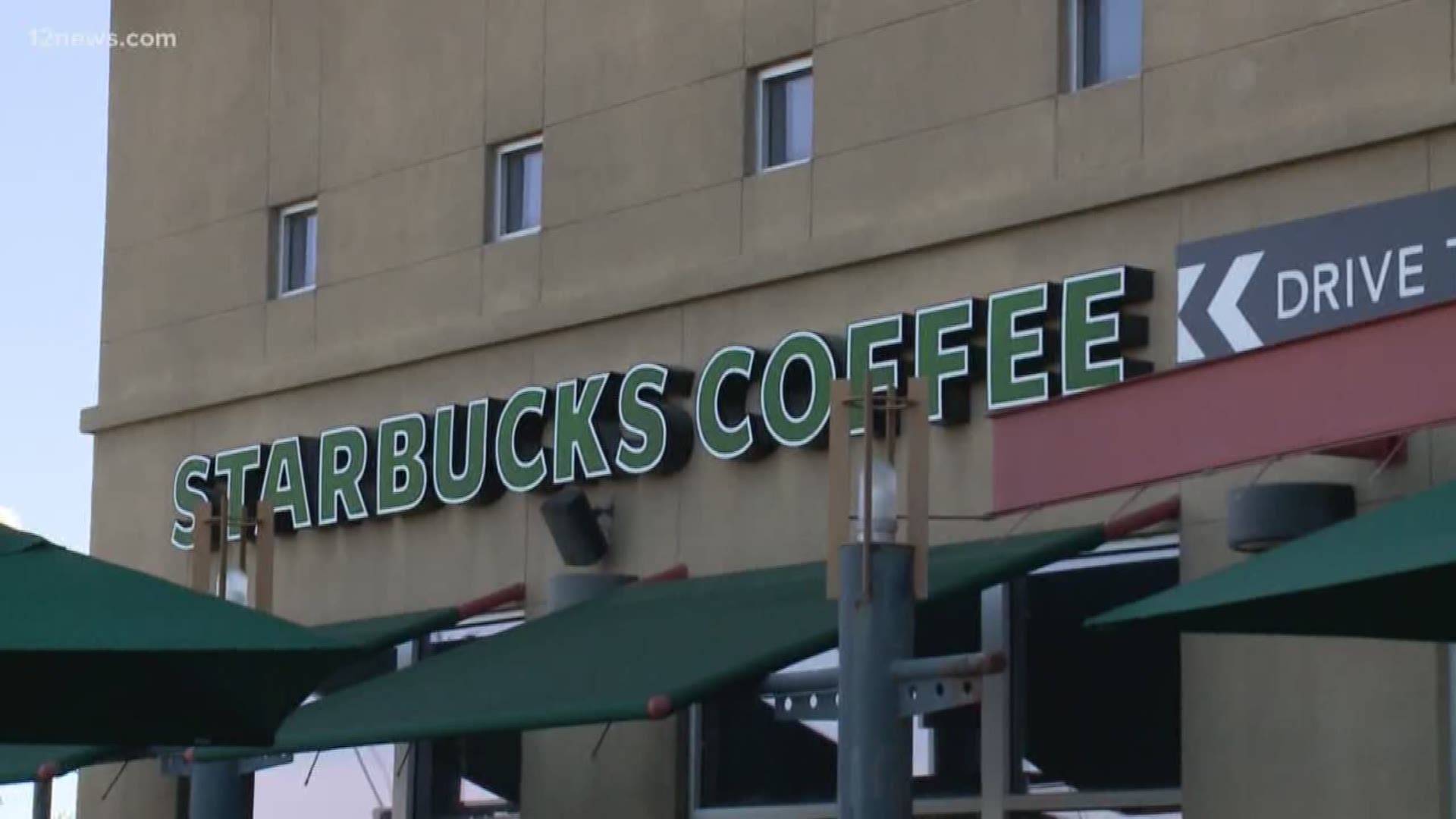 TEMPE, Ariz. - Following an apology from Starbucks after six Tempe police officers left one of its coffee shops when a barista reportedly asked them to move because a customer felt uncomfortable, the Tempe Officer's Association is "encouraged" the company reached out.

The Tempe Officers Association said the officers were having coffee at a Starbucks at Scottsdale and McKellips roads Thursday when a barista approached them and said a customer "did not feel safe" because of their presence.

"What occurred in our store on July 4 is never the experience your officers or any customer should have, and at Starbucks, we are already taking the necessary steps to ensure this doesn’t happen again in the future," part of the statement read.

Williams said she spoke with Police Chief Sylvia Moir late Saturday "to address concerns or questions." Williams flew into Tempe to speak with Moir in person on Sunday.

Chief Moir tweeted Saturday night saying they are using the incident to demonstrate thoughtful dialogue and that Starbucks and the Tempe Police Department "are professionals."

On Sunday, Sgt. Rob Ferraro, the president of the Tempe Officers Association, released a statement reading in part, "we are encouraged that Starbucks has reached out to our organization and the Tempe Police Department to apologize and to further express their support of law enforcement."

"We would like to thank the public for the overwhelming support shown to our officers in the aftermath of this unfortunate incident. We are encouraged that Starbucks has reached out to our organization and to the Tempe Police Department to apologize and to further express their support of law enforcement.

"We hope that out of this unfortunate incident there comes a welcome dialogue, one that more closely unites the men and women on the frontlines of police work with the communities we serve and protect."

The Tempe Police Department said conversations between the department and Starbucks executives will continue Monday with the possibility of of a press conference.

Tempe Police Chief Moir has engaged in conversation with Starbucks executives which will continue today and tomorrow. This has been an opportunity to work together to strengthen our communal relationship. The Tempe Police Department prides itself in reducing harm within the community along with partnering with various entities who conduct business in our community. After our communications with Starbucks executives we will evaluate whether we will conduct a press briefing tomorrow at 3pm.