Five water suppliers are scheduled to appear at Corporation Commission meeting Wednesday. Hundreds of customers are entering their second week under water advisory. 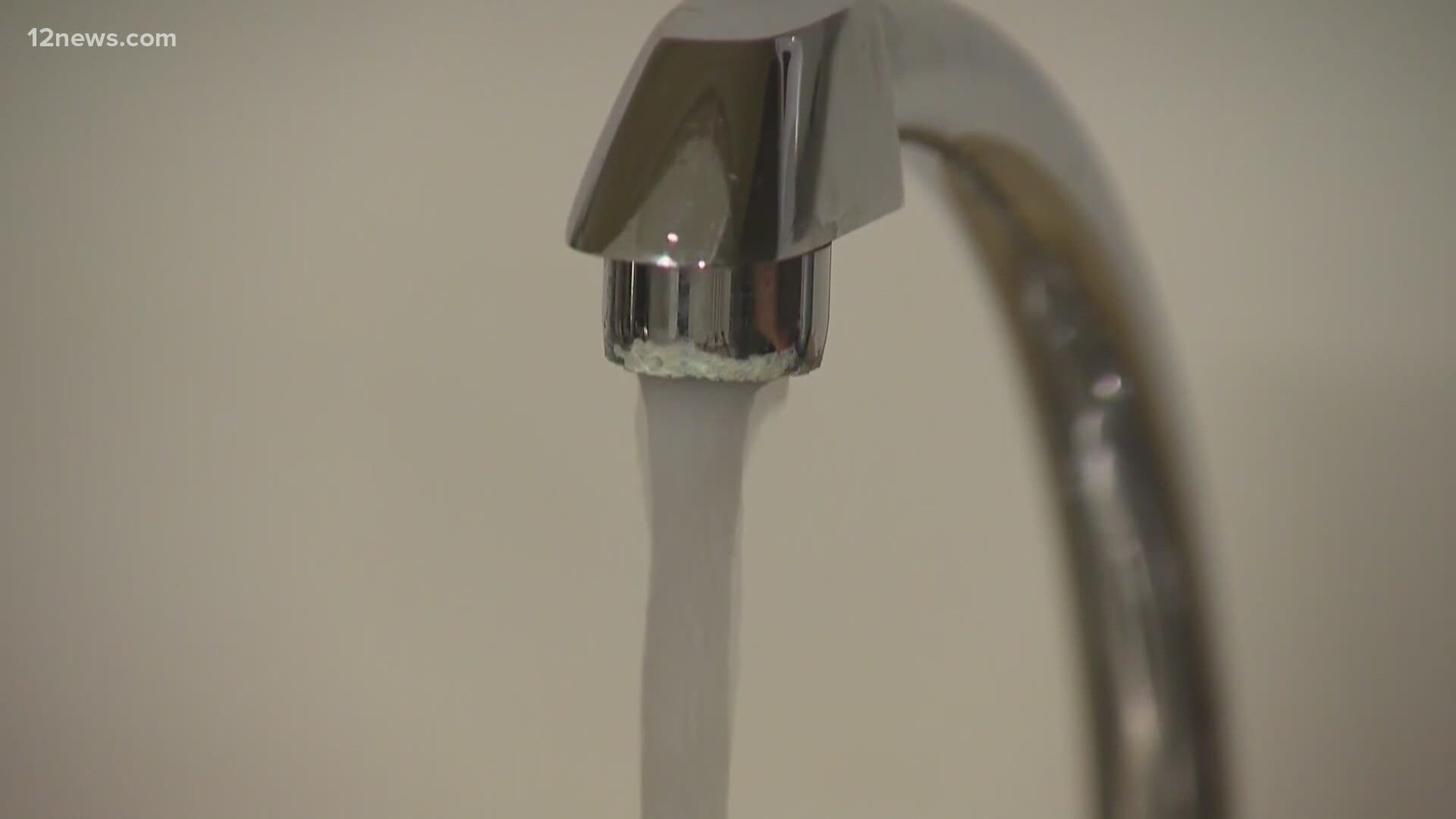 PHOENIX — West Valley residents can learn more about the safety of their water supply when the area’s largest providers face questions Wednesday from state regulators.

The meeting comes as hundreds of homes, as well as three schools, east of Luke Air Force Base are entering their second week under an advisory not to drink or cook with their water.

Here’s what we know:

Arizona Corporation Commissioner Anna Tovar, a former mayor of Tolleson and state lawmaker, has formally opened an investigation into the impact of chemicals used in firefighting foam  at Luke on the surrounding area’s water supply.

The Corporation Commission has scheduled a 2 p.m. meeting Wednesday to hear from five water companies that serve the area, including Texas-based Valley Utilities Water Co.

12 News reported last week that Valley Utilities alerted customers five years ago to dangerously high levels of toxins - known as “forever chemicals” - found in two wells. But Valley Utilities did nothing beyond the alert.

Tovar said Liberty Utilities reported to the commission in 2016 that tests showed the presence of the potentially dangerous chemicals in its water supply linked to fire-fighting foam that was used at Luke.

Tovar understands fears water users might have. She was diagnosed with a rare form of leukemia caused by toxins around her.

“It's something very shocking when you do get a diagnosis,” she said.

Doctors gave her a list of six to eight toxins that might have caused her cancer, she said. She has undergone bone marrow and stem cell transplants

The water companies can expect questions at Wednesday’s hearing about whether tests have shown the chemicals in their wells, how high the levels were and how long their customers were exposed.

According to the U.S. Environmental Protection Agency there are significant dangers

This marks the first time that Luke neighbors have received a water advisory since the U.S. Air Force started investigating the presence of PFOS and PFOA chemicals in water near bases nationwide.

The chemicals were in a foam used to suppress jet-fuel fires. The foam is no longer in use.

The base is distributing water to affected waters users while it installs a filtration system for Valley Utilities. Customers have been advised not to drink or cook with their water.