How to understand immigration in our border state of Arizona

Arizona’s proximity to Mexico makes it an attractive state for immigration. Here’s an overview of our immigration history in the last decades and how some foresee its future. 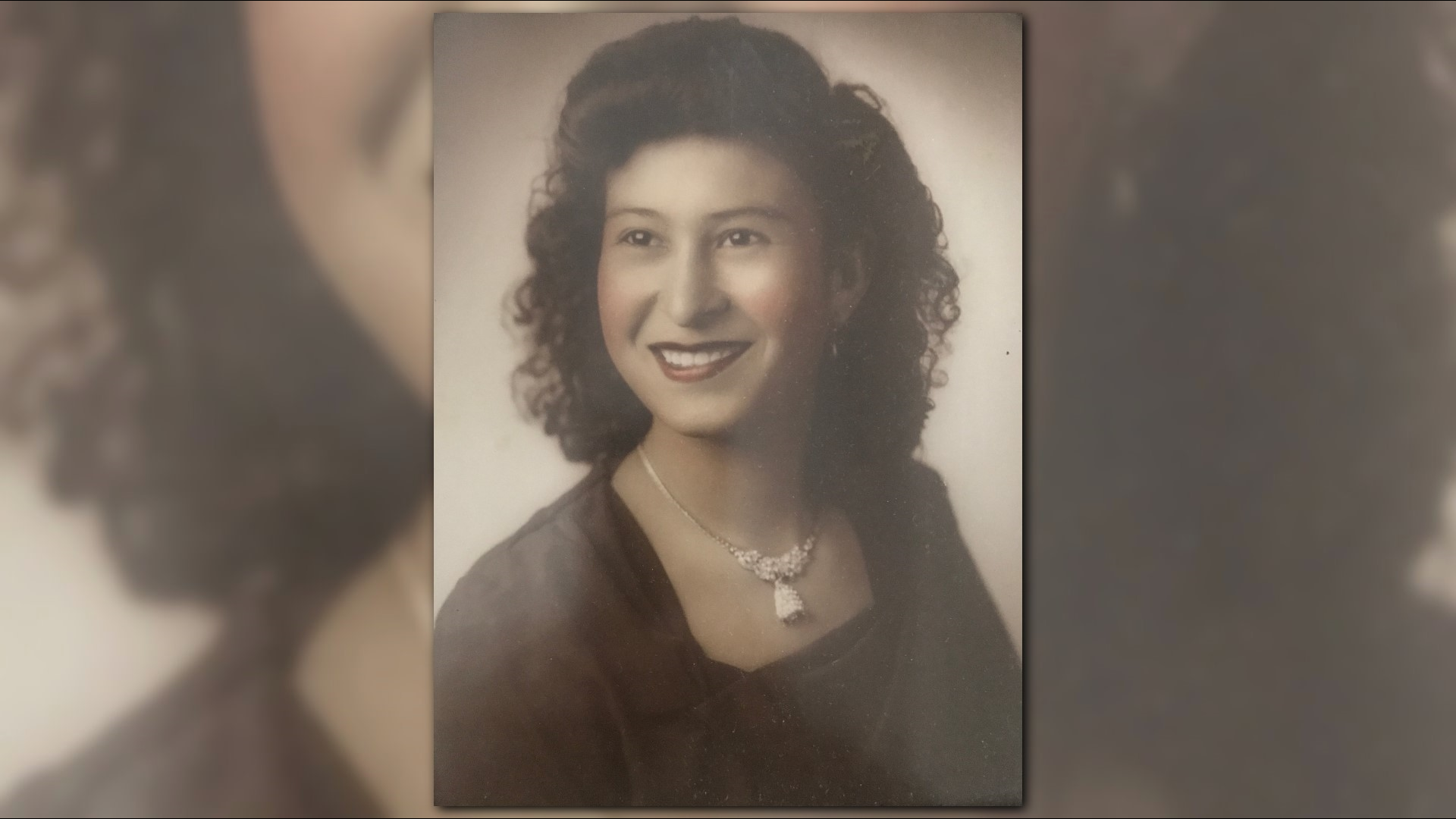 When it comes to talking about Arizona, immigration is one of the big topics of conversation.

Being a border state, Arizona is always on the radar about immigration. It is also an important subject during election periods.

Whether you agree with immigrants coming to the state or not, immigration will always be an Arizona issue as people who are forced to leave their home countries, looking for the American Dream, continue to use it as a point of entry.

People immigrate to the United States looking for a better opportunity. Parents want a better life for their children, but then reality hits.

That’s the case for the DACA recipients, the so-called DREAMERS. Most of them arrived in the U.S. so young that they don’t even remember their hometown. They are left to apply for work permits that they must renew every one to two years without an opportunity to become legal residents and eventually citizens of the only country they've called home.

“People like me, and a lot of other people that are DACA have been here our entire lives. I was brought here when I was 2-years-old and I don’t know anything else aside from the United States. We really want to just contribute, that’s all I really wanted,” said DACA recipient Christian Hernandez. 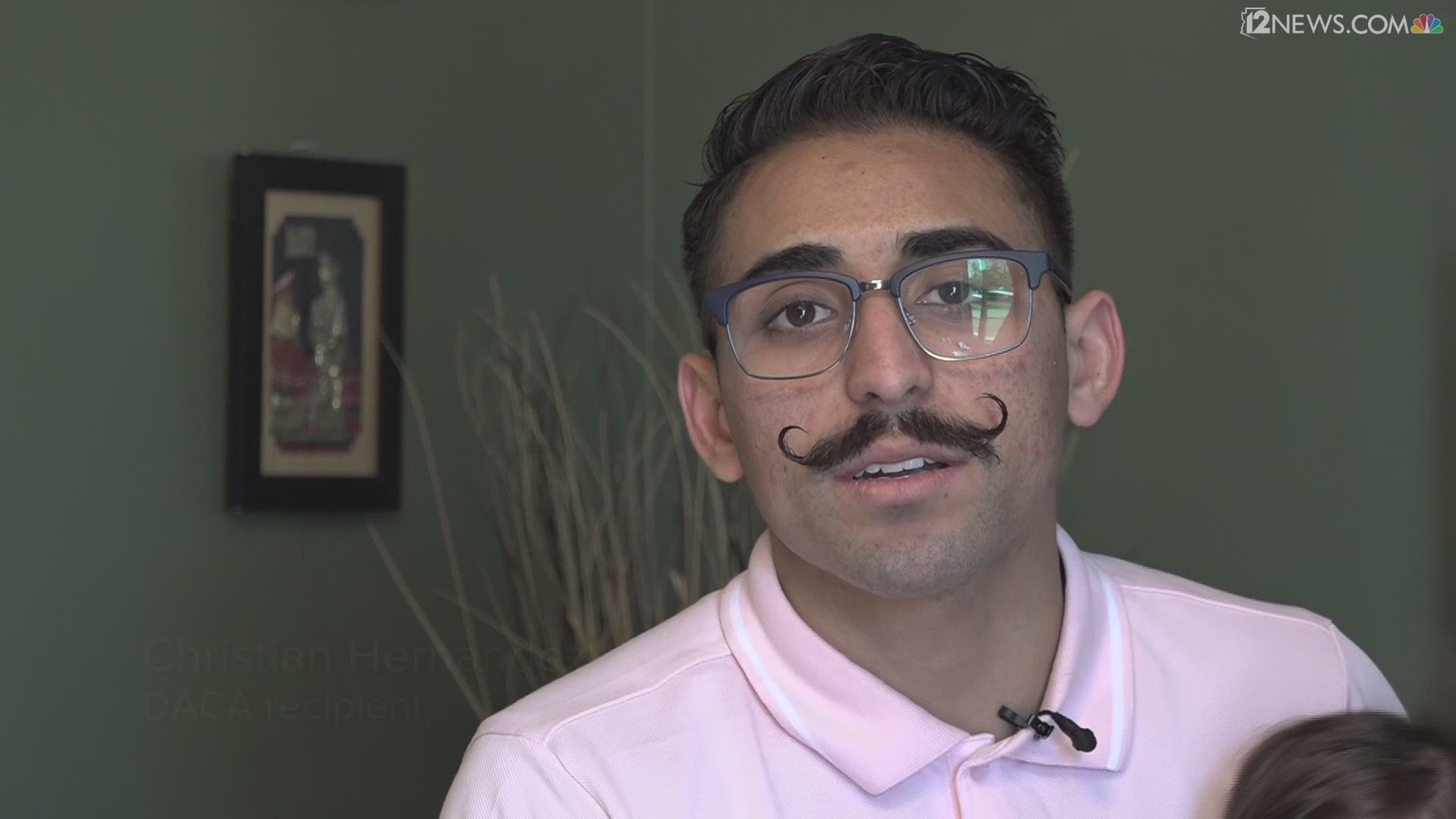 Arizona was, again, at the center of a nationwide immigration conversation earlier this year when the Trump administration enacted the "zero-tolerance" policy that separated families at the border. Some of those children were brought to stay at facilities here in the Valley.

The images from that time at the border might not make some hearts ache, but for the children who were separated from their families, it’s a nightmare they’ll live over and over. And that’s not counting all the abuses against the defenseless children.

2018 was also the year of the migrant caravans. Hundreds of people arrived with the first caravan in late April to Tijuana, Baja California, Mexico.

In October, nearly 8,000 people, mostly from Honduras, packed a few personal belongings and started traveling north with the hope to be given asylum in the United States. They walked, they took rides, buses, they slept on the streets, in shelters. They were tired, hurting, but they had a purpose in mind.

They wanted to flee violence, gangs, drugs in their home countries for a chance at a better life and better opportunities for their children. The first group reached Tijuana, Baja California, Mexico in mid-November.

RELATED: Is the US-Mexico border slowing down or shutting down? Here's how to check

In the history of Arizona, immigration hasn’t always been such a heated and complex issue.

Armida Moya, 86, came from Sonora, Mexico in 1948. She said she remembers waiting in Agua Prieta in Sonora for about a month to get her documents.

Moya has lived in the U.S. ever since. She married and raised her family here. She's the grandmother of Alejandra Armstrong, the lead editor on this special 12 News report.

“My parents were born here in the United States. When they were young, about 14 or 15 years old, they moved to Mexico. They got married and lived there for a few years,” she said.

Decades later, things had changed. In 2010, the state passed anti-immigration law Senate Bill 1070. That’s when experts say Arizona started setting the tone for immigration legislation for the rest of the country.

“I think Arizona’s going to look in the mirror and recognize many mistakes it’s made along the way. If you look at the SB 1070 law, we were first in the nation to challenge that, if you will, the show me your papers law. And it resulted in boycotts, it resulted in an economic disaster, it resulted in a black eye— self-inflicted black eye— that Arizona got nationally and even internationally. And we’ve learned from that," Garcia said. 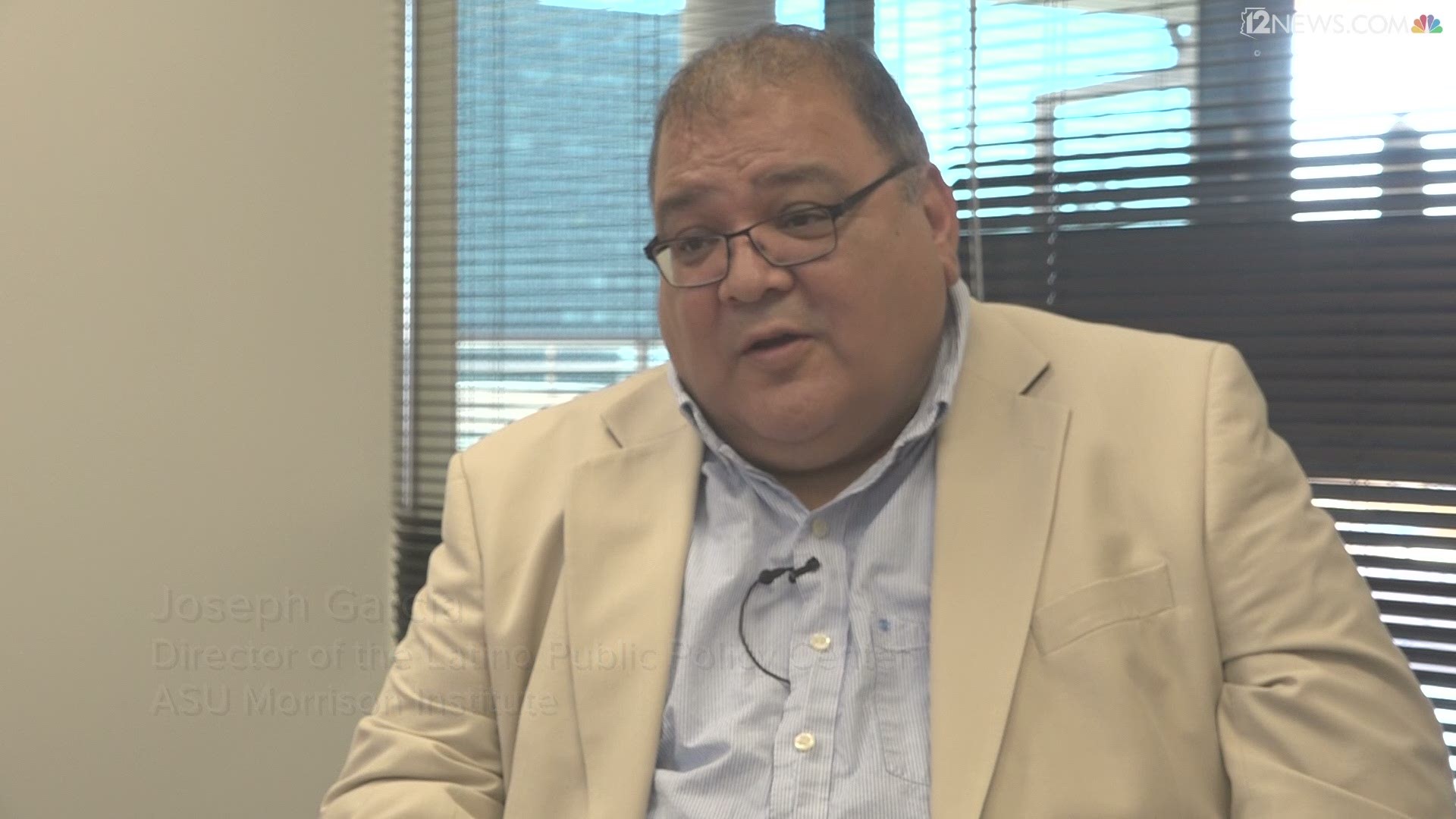 12 News interviewed two Arizona immigration lawyers on the topic. Emilia Bañuelos has been an immigration lawyer in Arizona for over 25 years. Ray Ybarra Maldonado is the lawyer who took on the case of Guadalupe Garcia de Rayos— the first person deported under the Trump administration in February 2016. The case got national and international attention due to the scrutiny of Trump's border rhetoric and policies. Arizona saw protests, arguing the deportation of Garcia de Rayos.

How is Arizona setting the tone on immigration for the rest of the country?

BAÑUELOS: “I think that Arizona was considered, at one point, ground zero for immigration. Everything that happened here would spread to other parts of the States. The laws that they passed here, we were groundbreaking, for example, Sheriff Joe with his arrests, with SB1070.”

YBARRA MALDONADO: “Ten, 15 years ago, we saw a lot of anti-immigrant legislation. So, at the beginning, Arizona was kind of the testing ground for the far-right, hate-based legislation against immigrants. And now we’re seeing the Trump administration and Sessions taking that to a much bigger scale. So, unfortunately, what we suffered through in Arizona, we’re seeing the rest of the nation suffer through on a much bigger scale.” 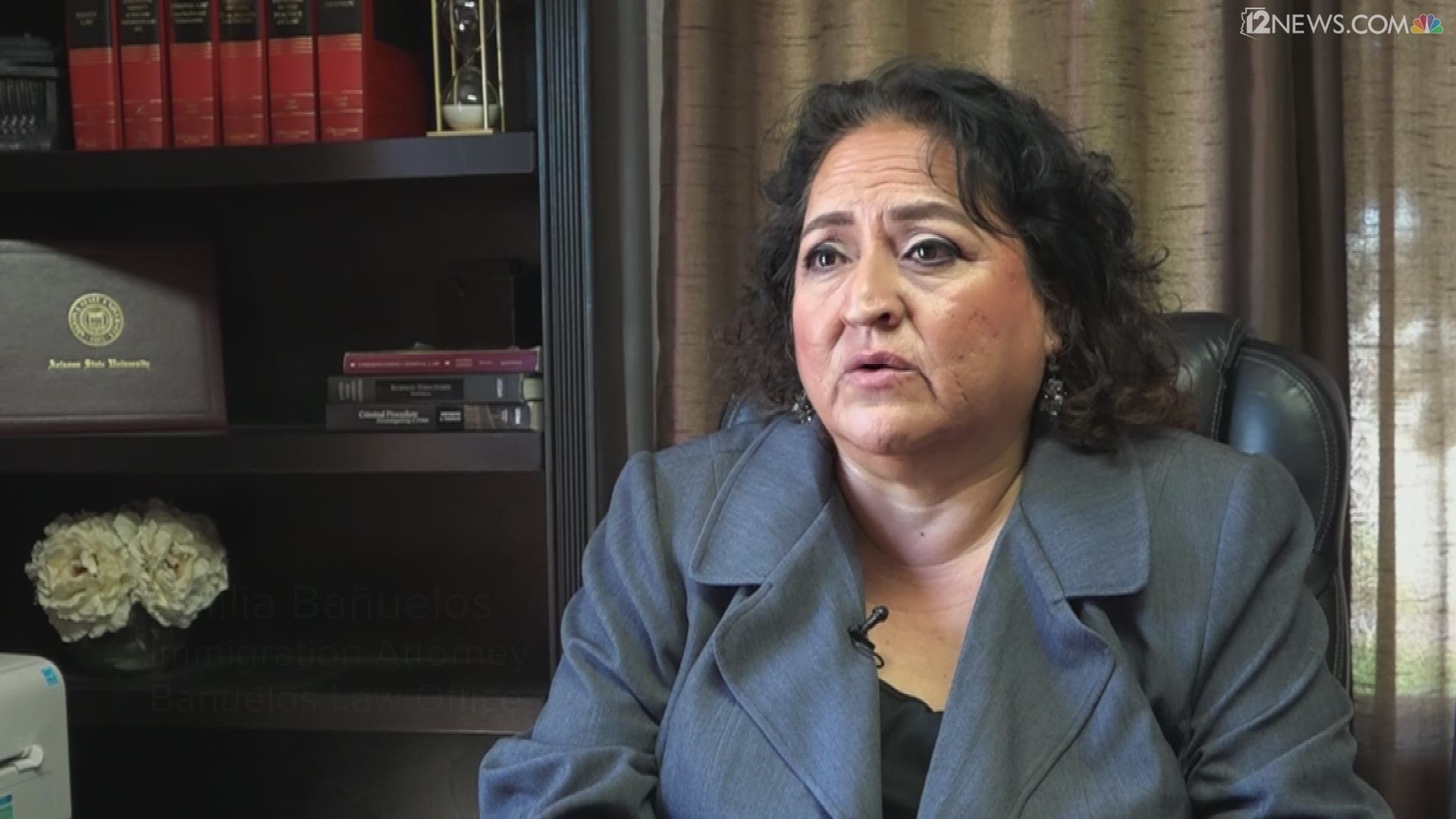 What can you say about the immigration in Arizona in the past decade?

BAÑUELOS: “Sometimes there are good laws, sometimes there are bad laws.In the past 10 years, it seemed like there have been more bad laws. Probably the best law is 245i, that was in 2001. That was basically allowing you to file a petition for a family member, so they can get a green card here in the United States without having to go back to their country.

"The worst law has to be the family separations and it’s not really a law it’s a policy. Taking children away from their parents and then keeping them in a detention. I never thought they would ever happen. I think that’s probably the lowest point.”

YBARRA MALDONADO: “...The situation was getting so bad where the laws were so negative that people were living in fear of even taking their children to school. Instead of the state Legislature focused on figuring out a way to make life so miserable for immigrants that they self-deport themselves, [Arizona is] getting away from that and back to focusing on what should be real issues, education mainly, voting, water, energy, jobs as opposed to focusing on immigration.” 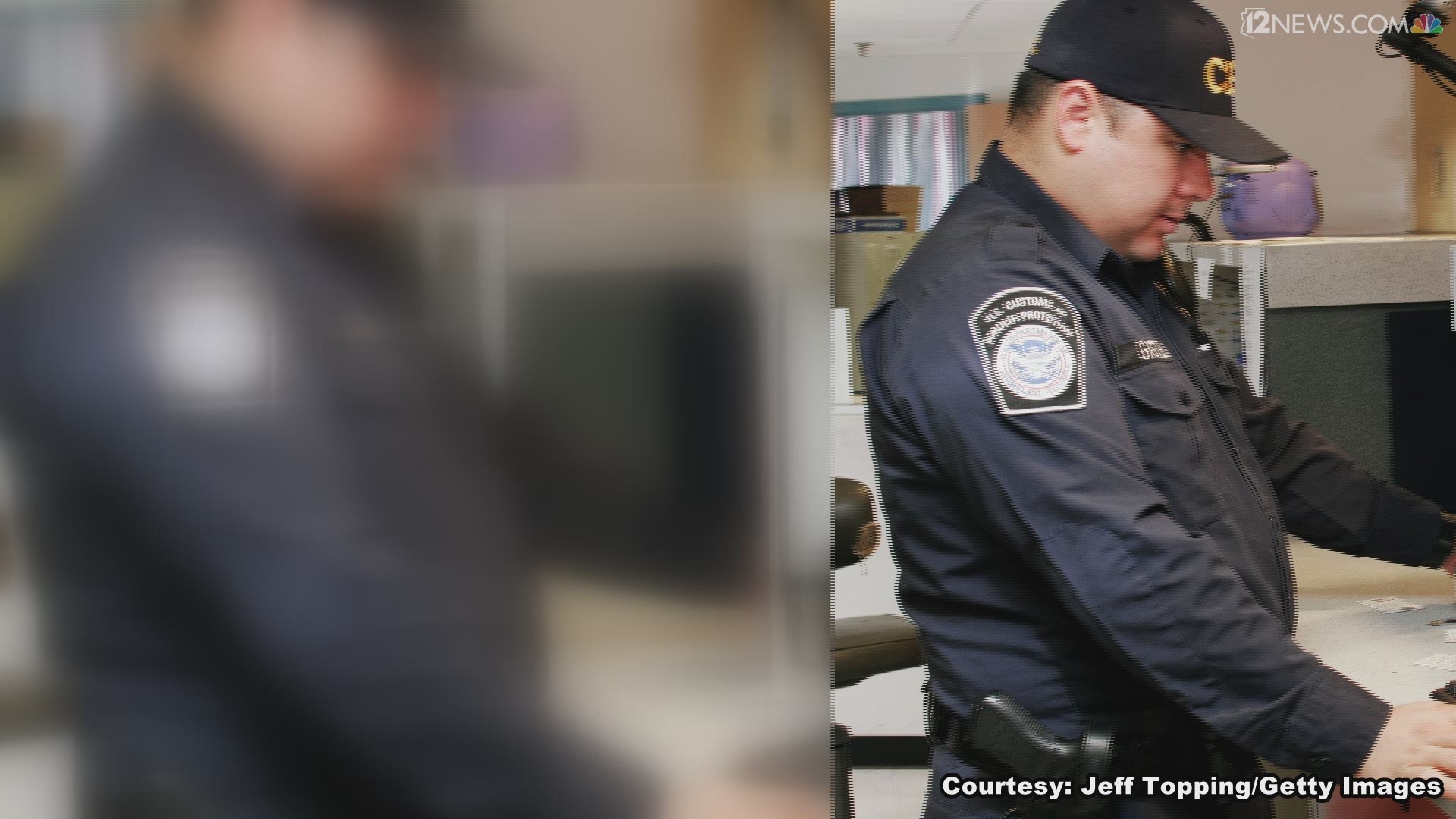 What makes Arizona attractive to immigrants? 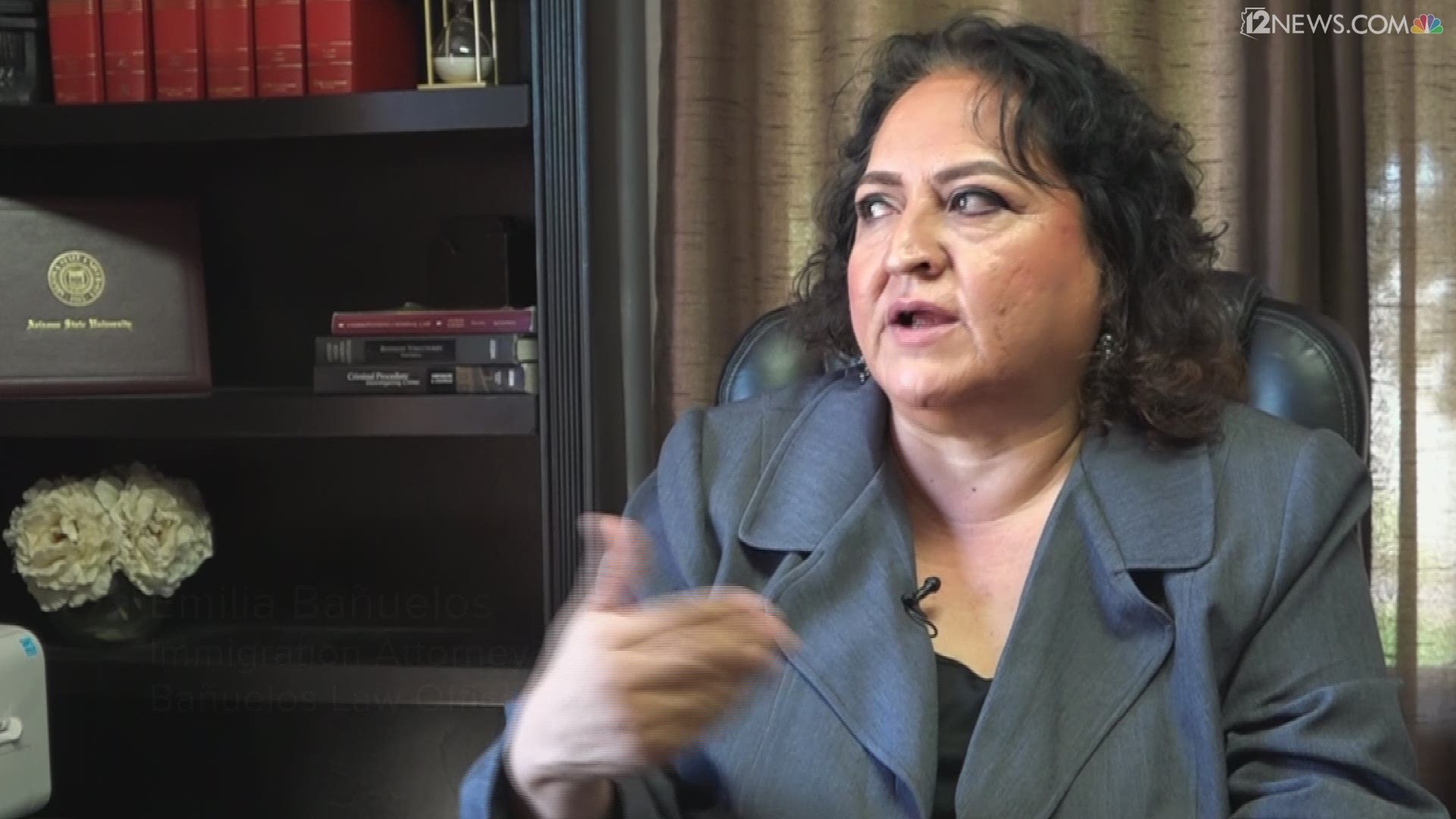 Immigration Reform and Control Act of 1986 vs. Deferred Action for Childhood Arrivals (DACA)

When 12 News asked Bañuelos about the amnesty passed by President Ronald Raegan in 1986 and the executive order Barak Obama signed on DACA, she said she’s seen very different scenarios.

“There was hardly any discussion and people were afraid. Many people didn’t apply [for DACA] because people were afraid that this was a trick to deport people. And this group of DACA, they’re the cream of the crop. They are the best we have to offer. They’re people who are professionals, they’re educated. The parent who came here, with no education, is working... The parents chose to make the sacrifice of doing the hard work,” she said. 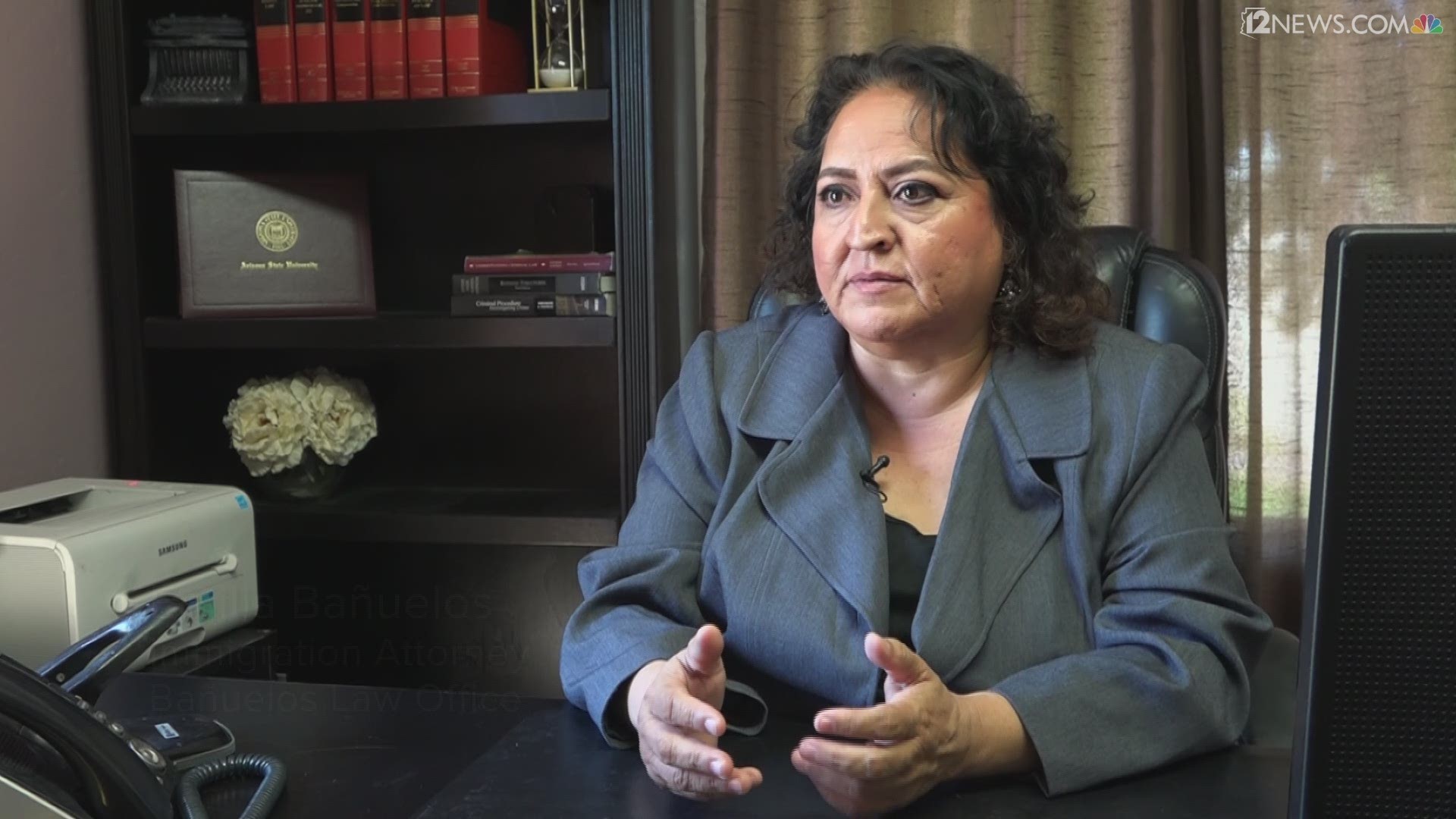 Maldonado’s name became well known in early 2017 when one of his clients, Guadalupe Garcia de Rayos was the first person deported under the Trump administration, making international headlines.

RELATED: Family of Mesa mom facing deportation vows to fight for her

“We were able to galvanize it at an international level to where her story was able to get out there and people that normally wouldn’t be talking about immigration were. And they were talking about an issue of family separation as opposed to an issue of security," he said. "We were able to get Guadalupe’s story and her children and her husband out there to the rest of the country as an example of ‘Hey, this is what happens with you implement really bad policies.' So, her leadership of saying, ‘Hey, I know I might be going to this but I’m going to do it anyway,' I think, for the long run, helped our community in many ways that we don’t even acknowledge or realize." 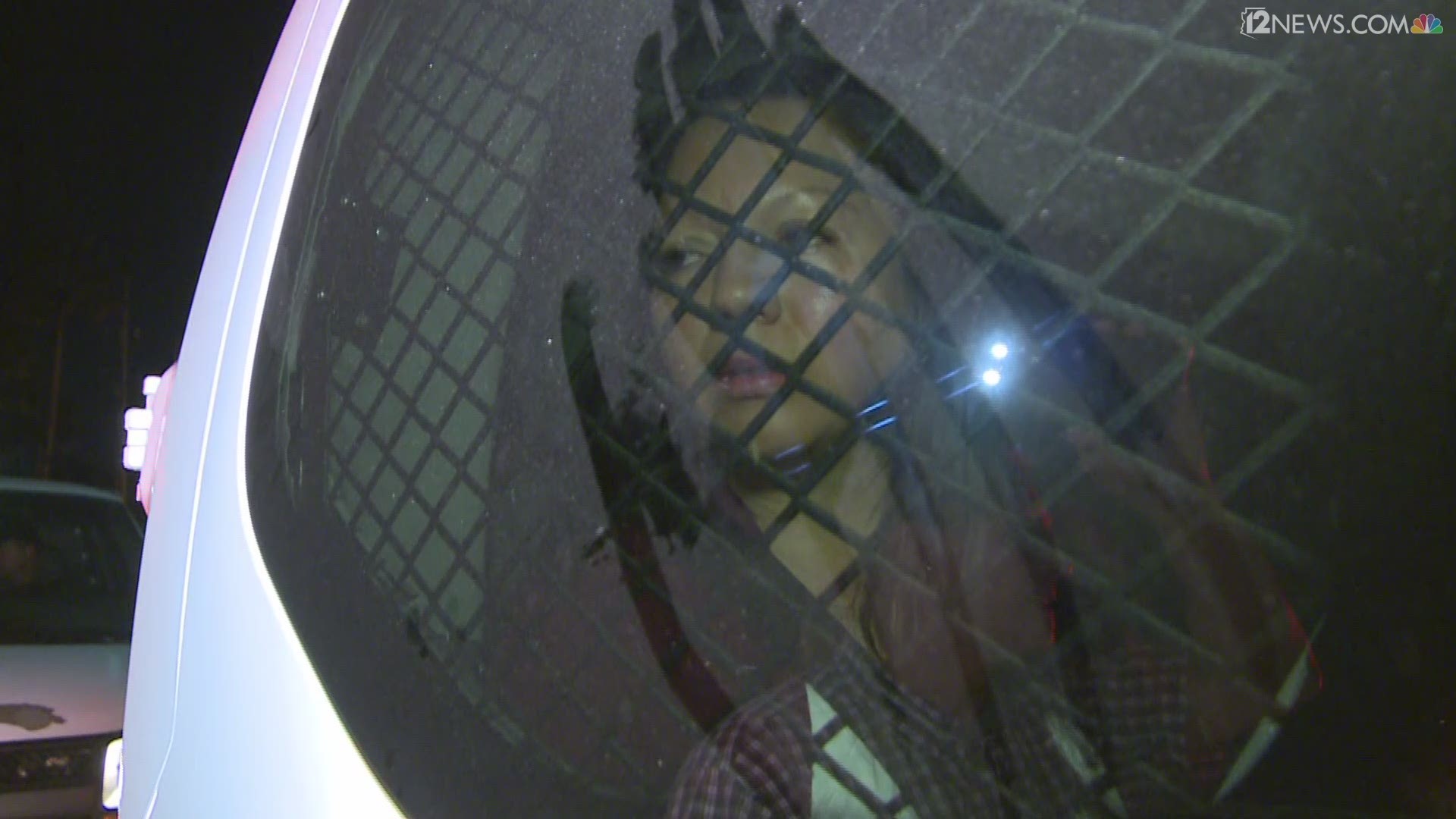 What can Arizona do to be a better state for immigrants?

YBARRA MALDONADO: “I’ve yet to see in Arizona really the unifying, electrifying politician like we’ve seen across the country and other areas. But I’m hoping that if we continue to nurture the leadership within the state of Arizona, focus on the young people who are so passionate and so energized, give them the tool that they need to be a success within the political and business arena, that our state can jump forward.” 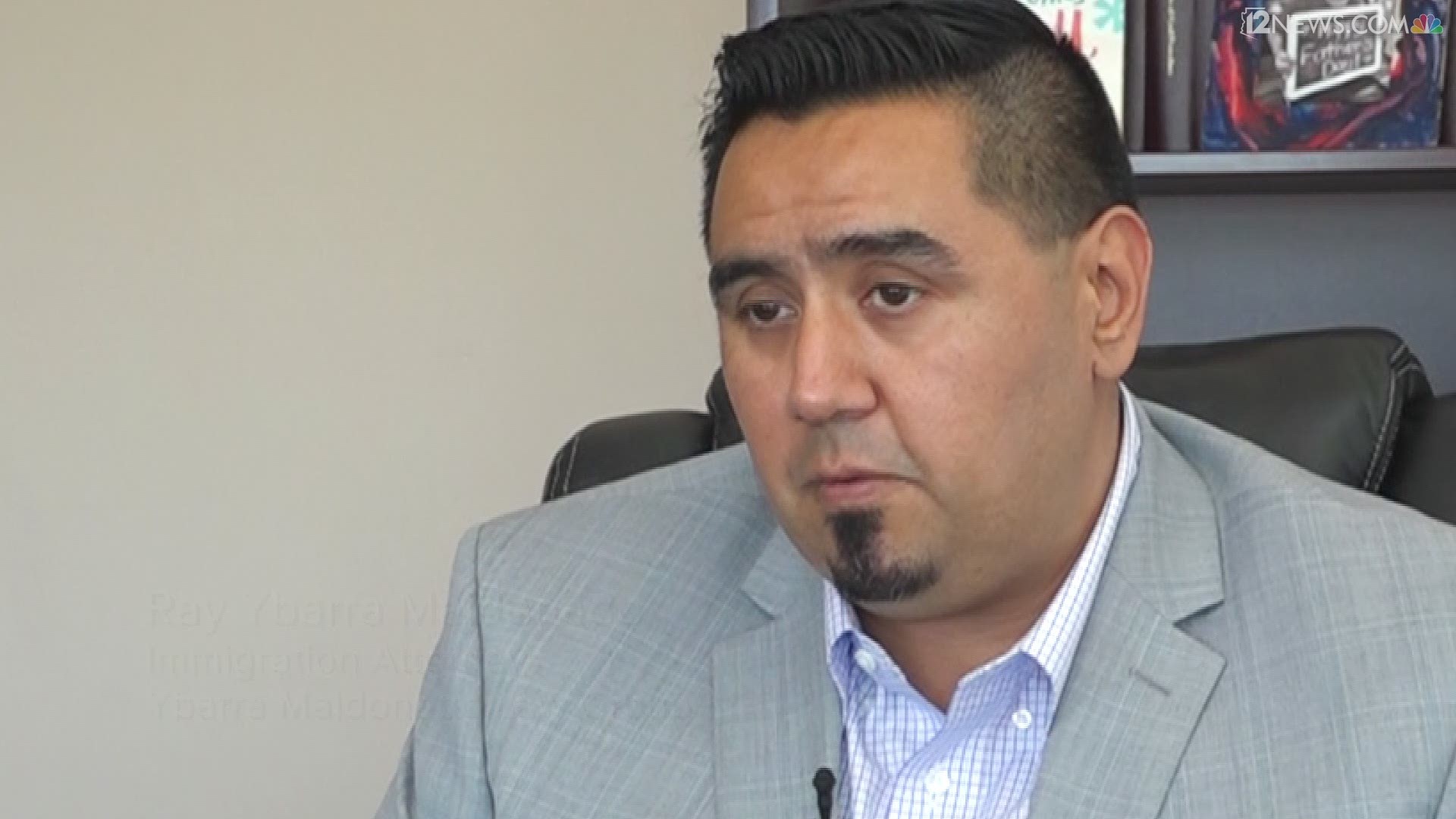