How did a gorilla become the Suns mascot?

How did a Gorilla come to represent the Phoenix Suns? 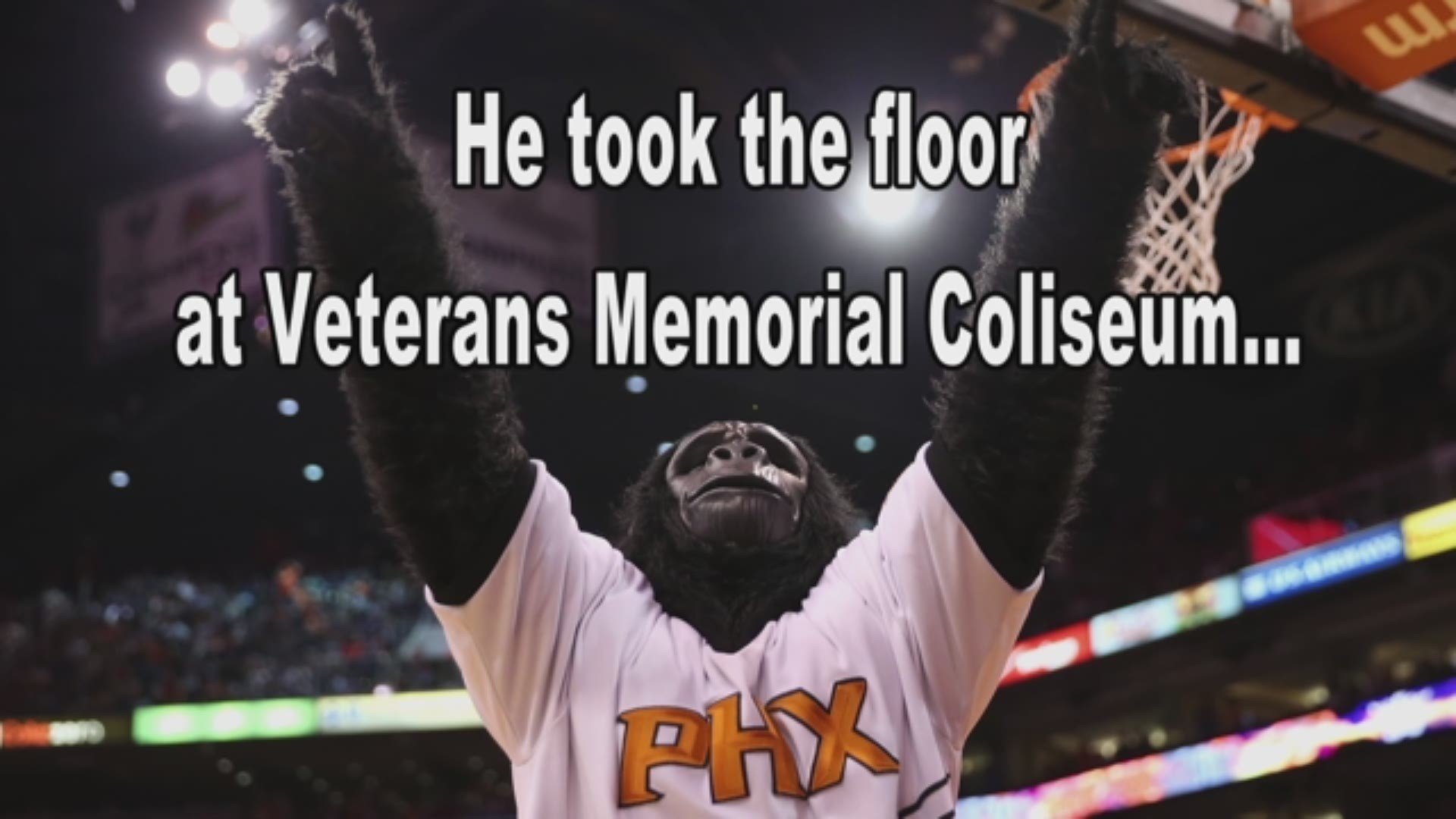 PHOENIX - He's one of the most iconic mascots in all of sports, and he hails from Arizona.

The Phoenix Suns Gorilla is a fan favorite, standing at five-foot 'ape' and hailing from the Banana Republic, according to his bio.

The Gorilla has become a mascot legend since he first appeared in 1980 over at Veterans Memorial Coliseum.

A happy accident, a twist of fate

This is the story of how a singing telegram became one of sports most iconic mascots.

Simply put, it was a happy accident.

A 23-year-old Henry Rojas was sent to Veterans Memorial Coliseum back in early 1980 to deliver a singing telegram.

Rojas was dressed as a gorilla and was supposed to deliver his singing telegram during a timeout.

He did just that, and the Gorilla was born.

The crowd loved it and Rojas was hooked. He was later given a Suns' warm-up jacket, and the rest, as they say, is history.

Rojas would be the Suns Gorilla until 1988.

The Phoenix Suns mascot 'Gorilla' performs a slam dunk during a break from the NBA game against the New York Knicks at US Airways Center on March 28, 2014 in Phoenix, Arizona. (Photo by Christian Petersen/Getty Images)

The Suns did however attempt to create their own mascot with a 'Sun' theme and a sunflower costume.

The Gorilla became iconic thanks to his legendary pranks and shenanigans.

Whether he's flying above the crowd or pulling a fast one on members of the team, nobody is safe from the Gorilla's antics.

The Gorilla has entertained Suns fans for years, but he's also brought joy to many overseas.

The Phoenix Suns mascot, the Gorrila, carries the flags of Greece (left) and Croatia (right) during Croatia's game versus Greece in the semi-finals of the World Basketball Championships at the Skydoemin Toronto, Canada. (Photo:&nbsp;Doug Pensinger)

Michael Jordan, Larry Bird, Magic Johnson and many more have been enshrined in the Basketball Hall of Fame.

It's the highest honor for a player.

In 2005, the Suns Gorilla was inducted into the Mascot Hall of Fame.

He'll forever be remembered among the greats. 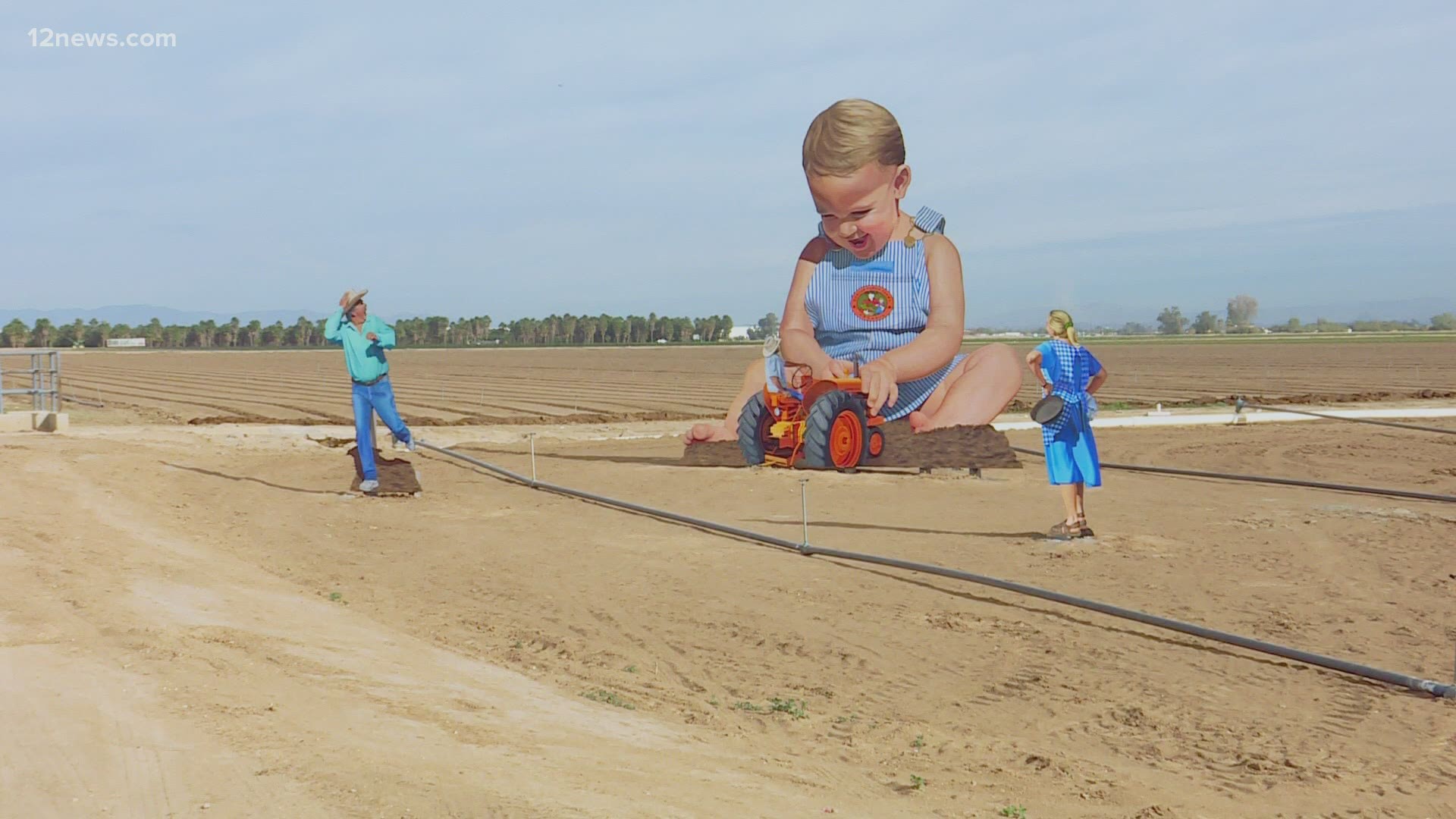 Big baby cut out billboard is back