Is the US-Mexico border slowing down or shutting down? Here's how to check

In the wake of a shutdown at California border, here's what you need to know about security and traffic at Arizona crossings. 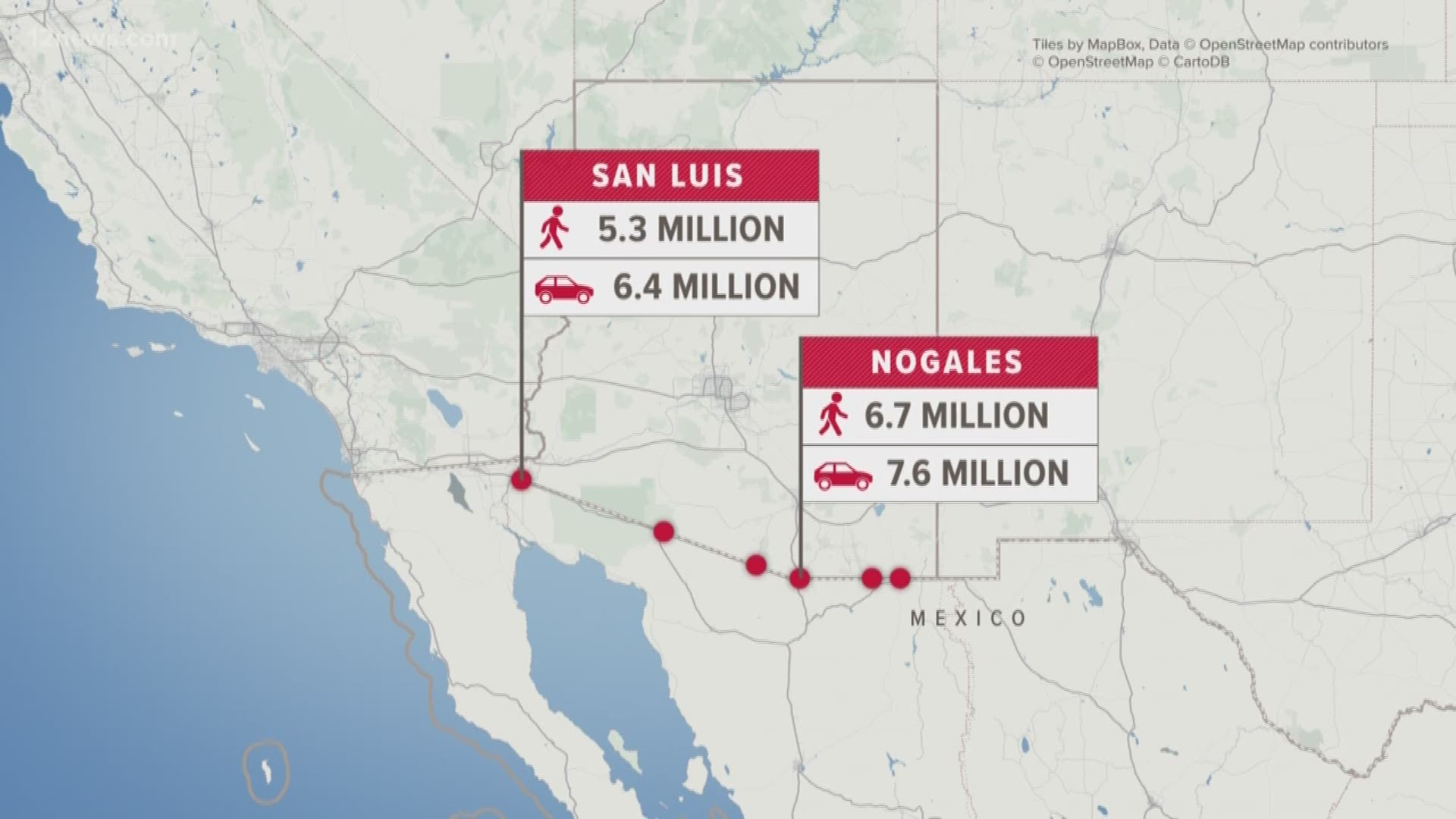 There have been rumors for the last several days that the caravan of refugees in California might be heading to Arizona.

But a U.S. Customs and Border Protection spokesperson says they are only rumors.

Arizona has six border crossings. Here's what you need to know about security there and how to find out if traffic at the crossings is slowing down or shutting down.

The San Ysidro port between Tijuana and San Diego—the busiest border crossing in the country—was shut down for several hours Sunday.

"We are taking the necessary precautions across the border," Small said.

"At some point (the refugees) may attempt to come, so we are preparing for that potential."

CBP video from Nogales, Arizona's largest port of entry, shows preparations under way for a surge of asylum seekers. Some vehicle lanes in Nogales and San Luis have already been closed.

About 1,400 active-duty troops have been deployed to Arizona to back up Border Patrol agents.

The ports at Nogales and San Luis, near Yuma, are the busiest in the state—with up to 14 million cars and pedestrians crossing every year, according to CBP data.

The three other ports are smaller: Lukeville is popular with travelers to Rocky Point, with more than 850,000 crossings; Naco has about 825,000; and Sasabe is the sleepiest crossing in Arizona, with only 50,000 cars and scant pedestrian traffic.

Refugees can request asylum at any port of entry, Small said.

Travelers can check on vehicle wait times at any border crossing in Arizona or around the country by going to this CBP site.