Breaking News
More () »
At The Border

The cost of the trip is being shared between taxpayers and a nonprofit group, according to the governor's office. 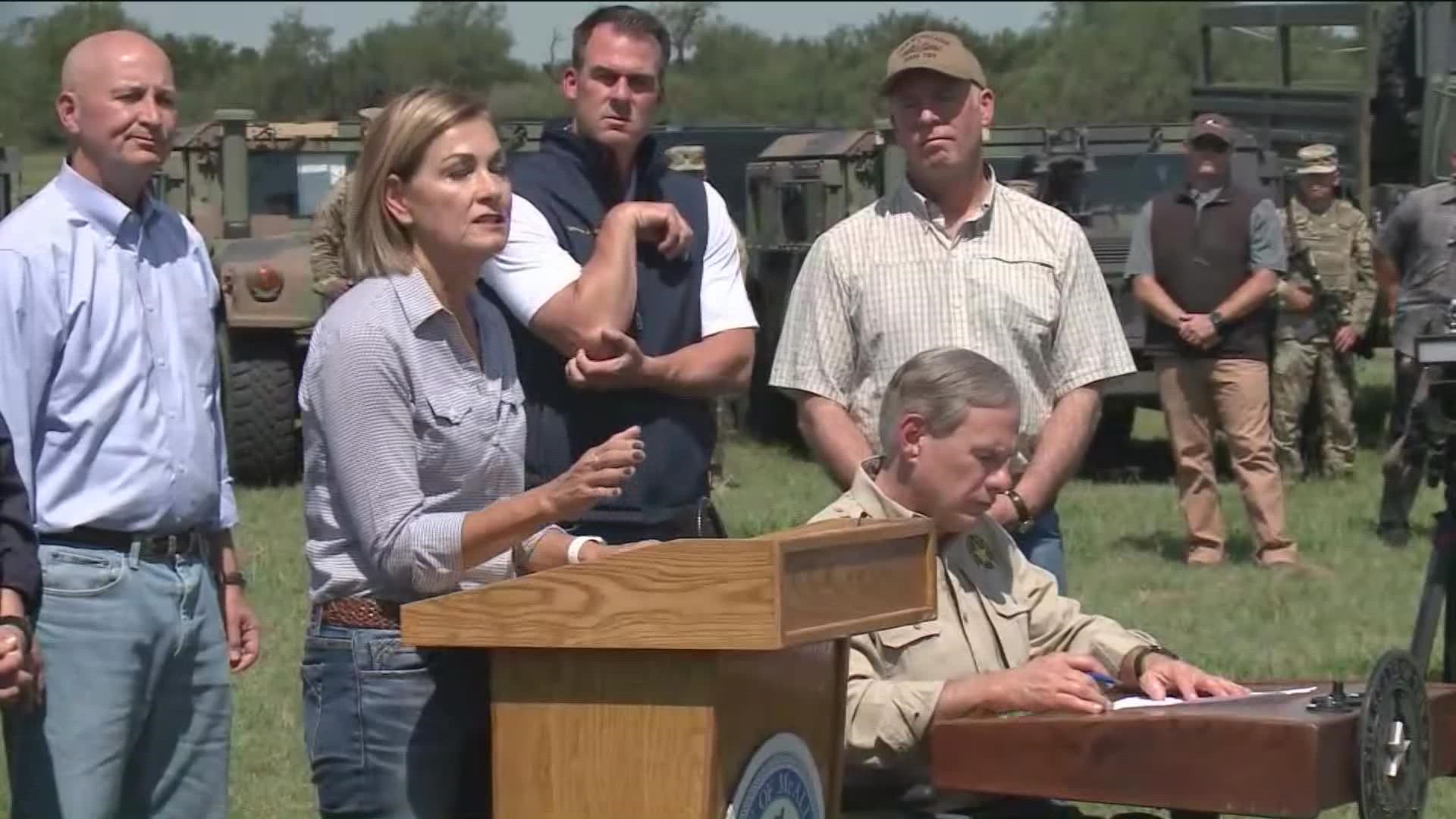 MISSION, Texas — Gov. Kim Reynolds is visiting the U.S.-Mexico border Wednesday for a press conference with Gov. Greg Abbott of Texas and 10 other Republican governors.

Reynolds' spokesperson Alex Murphy said the trip is an official visit funded by Iowa taxpayers and the nonprofit Republican Governors Public Policy Committee. Taxpayers will pay about $500 in lodging for Reynolds and her staff while the committee is funding transportation to Texas.

Murphy did not immediately respond to questions about whether Reynolds is flying and, if so, whether she’s taking a private airplane and who owns the aircraft.

The governors held a joint press conference at 12 p.m., and Reynolds held a call with Iowa press at 3:00 p.m.

During that call, Reynolds criticized Biden's handling of the border, telling reporters that "Biden owns this. This is a self inflicted crisis. He overturned all the policies that work."

"All Americans saw exactly what happened in Del Rio, Texas, just last month. And we know that chaos will be repeated unless and until President Biden takes action," Greg Abbott said Wednesday. "26 of America's governors have worked together to develop specific actions that Biden can take immediately to end the crisis on the border that he has caused."

The group of governors sent a letter to President Joe Biden asking for a meeting to find solutions to the border crisis. The president has not met with the governors.

Three of the groups 10 requested action items are:

"When President Biden took office, the first thing he did was to issue an executive order that ordered ICE to do limited deportations. That is unacceptable. That should have never happened," Reynolds said. "All convicted, illegal, illegal criminals need to be deported and that is another thing that he could do tomorrow."

Iowa was also one of several states to send troopers to the border in July to assist law enforcement there. That mission cost a little over $300,000, state officials said.

The Democratic National Committee responded in a statement:

"If Republican governors want to make a statement about the border, maybe they can call on their Republican members of Congress to join President Biden and Democrats in working to rebuild and improve our immigration system."

Reynolds joined the governors of Arizona, Georgia, Idaho, Montana, Nebraska, Ohio, Oklahoma, South Dakota, Texas and Wyoming, according to a tweet from Abbott.

The Associated Press and KENS5 contributed to this report.