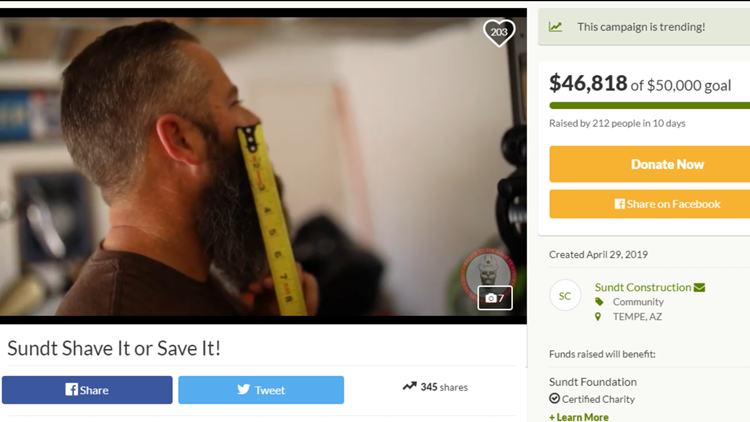 Danny Gumm, an operations manager at Sundt Construction has been growing his beard for seven years, and he's allowing donors to decide whether he keeps it or not.

The campaign has people that contribute on GoFundMe to write "Shave it" or "Save it" in their donation comment. On Monday, May 13, the company will count up the donations for each side.

All donations benefit the Sundt Foundation, a nonprofit organization since 1999, formed by Sundt Construction, which has provided more than $9.2 million in aid to communities around Arizona, California and Texas.

Sundt Construction will match, dollar-for-dollar, the winning side in the donation battle.