A Scottsdale bar was charged with a misdemeanor for mask and social distancing violations, 8 others served with liquor board notices. 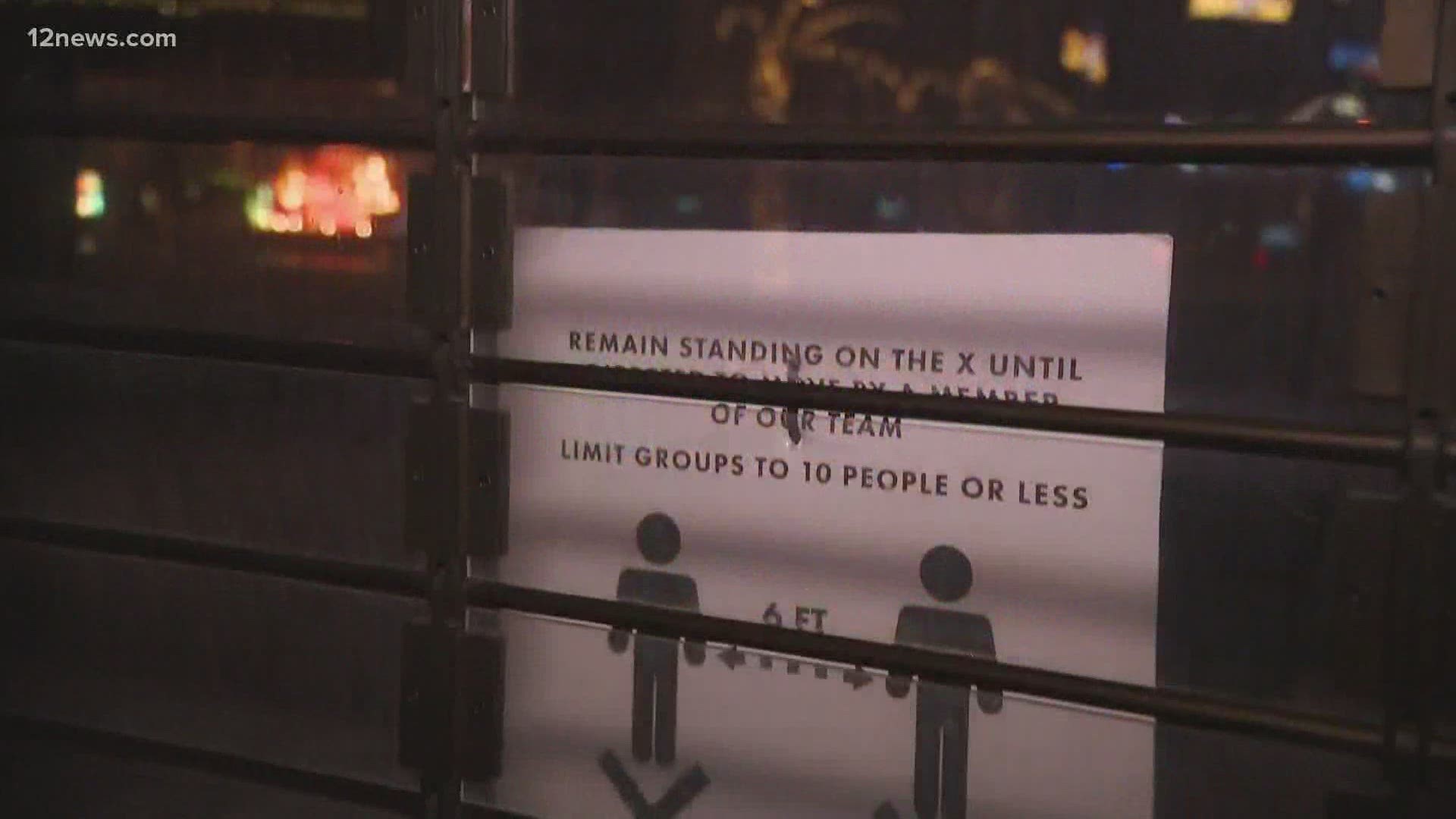 SCOTTSDALE, Ariz. — One Scottsdale bar has been charged with a crime after allegedly failing to follow the city's coronavirus restrictions, and eight others have had notices served to them by the state liquor board.

Scottsdale Police charged Riot House, a bar in the Scottsdale Entertainment District, with failing to abide by the city's mask and social distancing requirements.

According to police, the staff and customers were not always masked and the bar was not requiring social distancing. Scottsdale Police said they became aware of this through social media postings from a bar employee.

Hours after that announcement, Riot House Hospitality, the bar's parent company, announced it would close three bars at least through the weekend.

"This is a new normal and change is different," Riot House spokesperson Lissa Druss said. "Do humans make mistakes? Absolutely.”

Riot House, El Hefe and Dierks Bentley's Whiskey Row, all within the same block of the Entertainment District, will all close, Druss said.

Maya Day + Night Club also announced Friday that it would close through the July 4th weekend "to respond appropriately to the recent increase in COVID 19 diagnoses in Maricopa County."

Early Thursday, Governor Doug Ducey publicly named Riot House along with a list of other bars he said the state liquor board had sent final notices too, warning them to comply with social distancing rules, or face losing their liquor licenses.

The Department of Liquor License and Control said it could revoke those licenses if the bars do not follow state and local rules, along with the COVID-19 plans they submitted to the state.

Scottsdale Police said officers were also investigating other bars for possible charges but did not say which ones.

We've been steadfast in our intentions to operate our restaurants responsibly, and within the guidelines provided by the city, state, and the CDC. We will continue to work as a team, together with our guests, to uphold the guidelines while operating our business. We're reviewing our approach on all levels and will work to provide a safe environment. We've installed plexiglass partitions that keep small groups of diners together, and distanced (this is not easily visible from the street), we follow all other guidelines, including operating at 50% capacity, requiring and enforcing masks upon entry, exit and while moving about. We have removed guests for non-compliance, and will continue to do so if necessary.