Republican Rep. David Stringer's resignation was effective Wednesday at 4 p.m., ending the House Ethics Committee's investigations into Stringer's remarks on race and immigration and a report that he was charged with sex crimes in 1983. 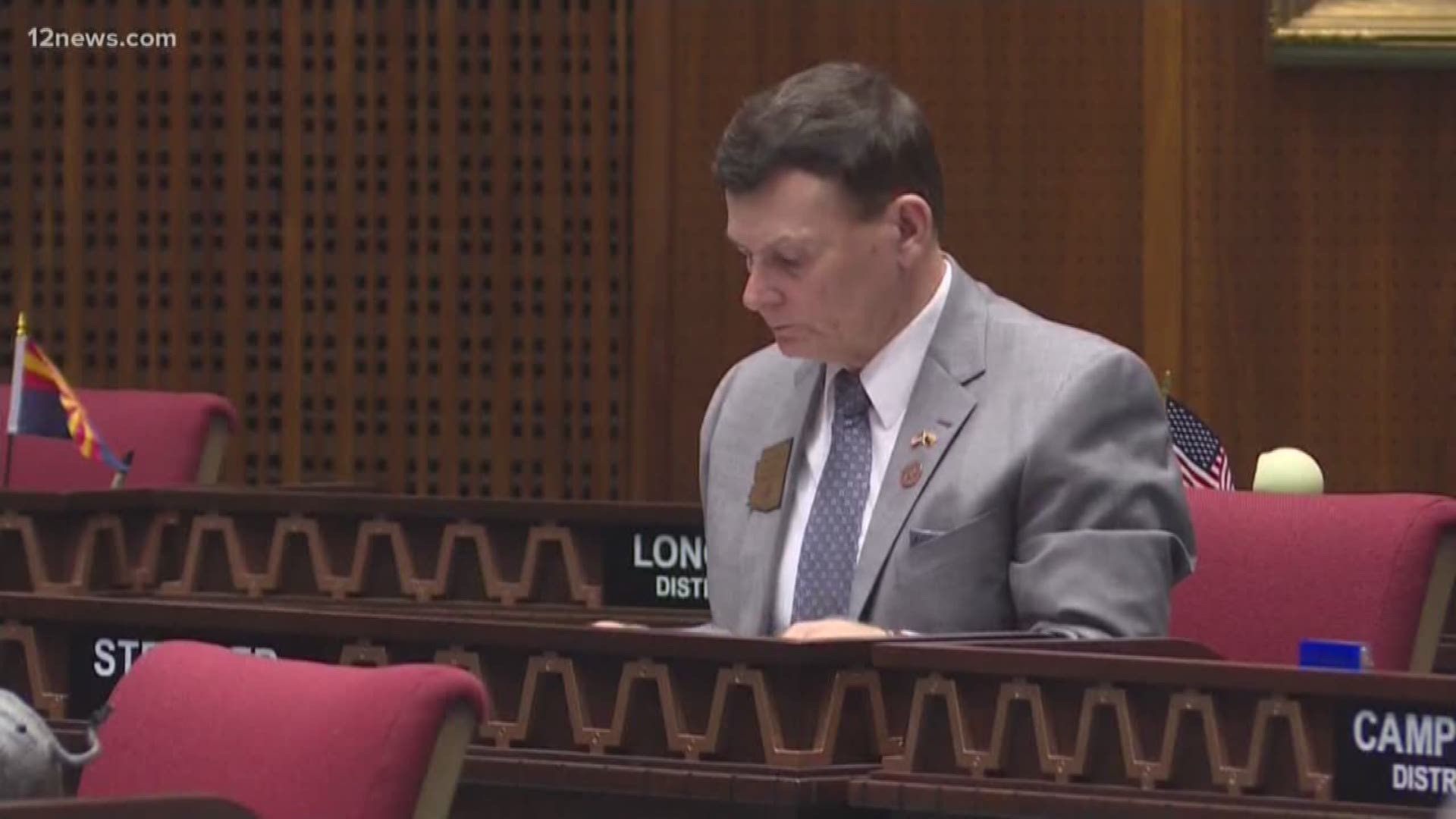 PHOENIX — Arizona Rep. David Stringer of Prescott has resigned amid an ethics investigation on the Republican's remarks on race and immigration and a report that he was charged with sex crimes in 1983.

Stringer's brief resignation letter only said that he would resign effective 4 p.m. on Wednesday. It did not state a reason for the resignation.

His resignation comes one hour before a deadline to submit his criminal record from 1983, which had been expunged. The House Ethics Committee subpoenaed the record as part of its investigation.

Stringer was also required to sit for an interview.

The Yavapai County Board of Supervisors will appoint Stringer's successor, a process which is expected to happen quickly.

“Today I accepted the resignation of David Stringer,” said Speaker Bowers in a statement. “I’m grateful that the House will not be forced to take action against one of our members, and we can begin to put this matter behind us.”

The House Ethics Committee's investigation, which began after Democratic Rep. Reginald Bolding filed an ethics complaint against Stringer in January, has ended, and the committee will not release a formal report on the investigation.

The House said the Ethics Committee will release public documents gathered over the course of the investigation as soon as possible, however.

Bolding filed the complaint after asking the House to expel Stringer. Republicans blocked the vote on expulsion.

Bolding's ethics complaint says Stringer "has engaged in a pattern of conduct that demonstrates that he is unfit to serve in this august body."

Because his record was expunged years ago, Stringer was able to obtain a license to practice law in Arizona and a fingerprint clearance card to teach in Arizona schools.

Stringer also faced criticism last summer when he was filmed calling immigration an existential threat to the country and again in November when he told Arizona State University students that African-Americans "don't blend in."