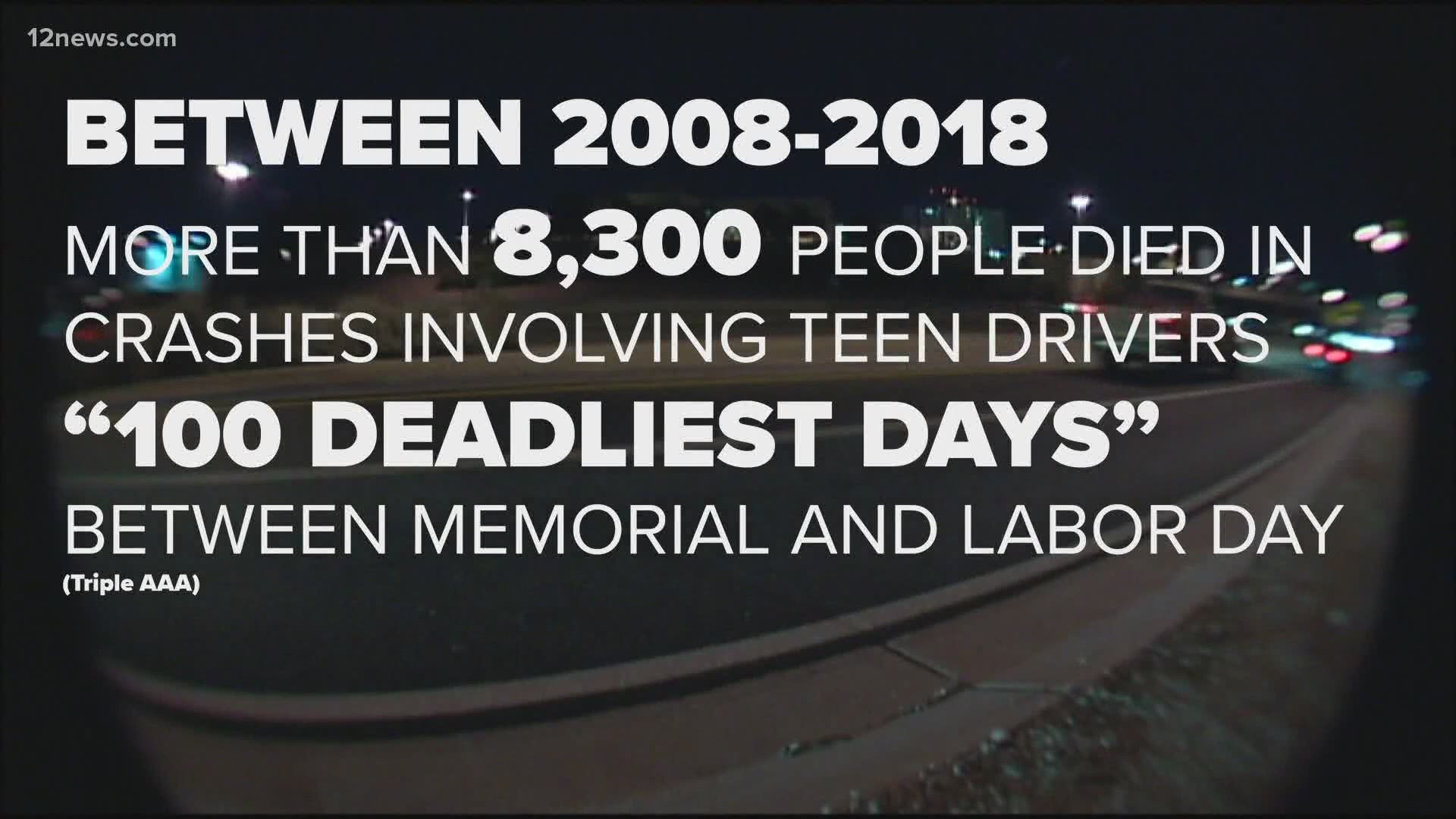 PHOENIX — We are in the "100 deadliest days" for teenage drivers. According to AAA, between the Memorial and Labor Day holidays the average number of deadly teen driver crashes climbs by 15%.

Statistics show deadly teen crashes spike during the summer months because kids are out of school and on the roads. Now with the possibility of Covid-19 delaying the start of the school year, Driving MBA Co-founder Maria Wojtczak says the key to keeping your kids safe behind the wheel is in the details.

"We had lost a lot of kids in Scottsdale to car crashes it seemed like one after the other after the other," said Wojtczak speaking about teens losing their lives in accidents in 2008-2009.

Wojtczak and her husband are both former Ford Motor Company employees with a background in driving simulations.

The couple runs Driving MBA out of Scottsdale providing teens with state of the art driving simulations labs, on-road instruction, and classes to teach students how to drive in a no-risk environment. "A state like Arizona there are literally no real requirements other than they need to hold a permit for 6 months and their parents need to drive them for 30 hours," said Wojtczak. She says the State's standards aren't enough for new drivers and says parents or guardians need to be more involved in the driving process.

Driving MBA provides tips on keeping teens safe including research, having open dialogue with your teen about the dangers of driving. Along with making sure the rules are clear and setting the example and having a plan if your teen gets in a sticky situation on the road.

To find out more information on Driving MBA and to register for classes visit drivingmba.com.

RELATED: Teen in critical condition after being struck by car