MIS-C can have a child's immune system attack the child's body weeks after a COVID-19 infection. 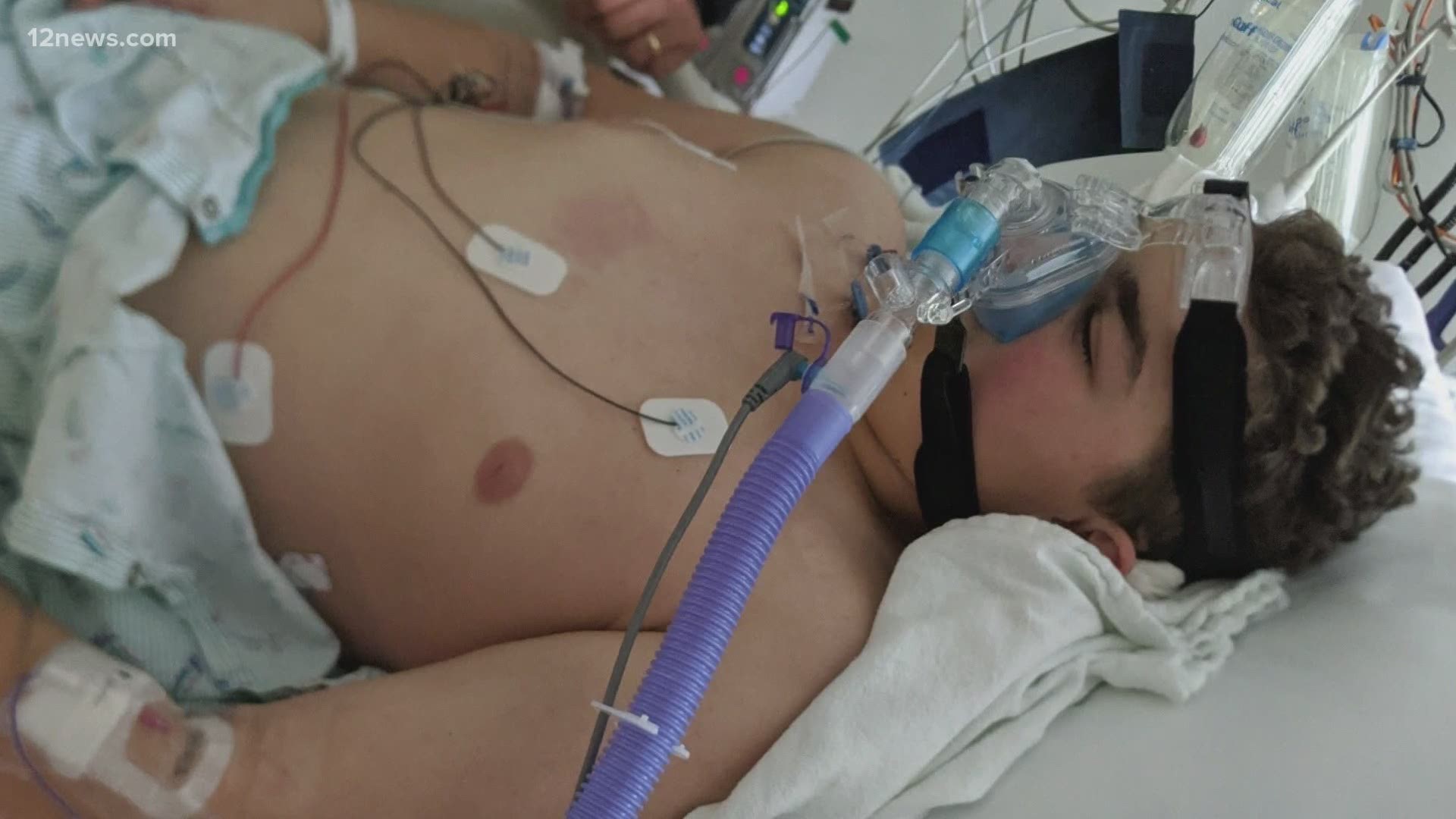 PHOENIX — As the number of COVID -19 cases has grown, Phoenix Children’s Hospital has seen dozens of cases of a new potentially life-threatening condition affecting children.

Doctors say the two maladies are linked, with children getting ill weeks after they were infected with coronavirus.

It's known as Multisystem Inflammatory Syndrome in Children, or MIS-C for short. The condition is rare, but doctors are still trying to learn more about the virus.

The syndrome is new, linked to COVID-19, and first appeared in the UK and New York.

"And now is being seen around the country and across the world,” Dr. Josh Koch at Phoenix Children's Hospital said.

According to Koch, in very basic terms, it is believed MIS-C is caused by the immune system being confused after a COVID-19 infection.

Around three to six weeks after infection, the child's antibodies start attacking the body itself, creating potentially horrible complications.

“I don’t know if there are words to describe what me and my husband went through,” Theresa Lawson said.

When Lawson's son Anthony got sick earlier this spring, she thought it was allergies.

Then her son kept getting worse and worse.

Anthony developed a rash, experienced nausea, had bloodshot eyes and fever before he was rushed to the hospital.

“What we didn’t know until later is that he was in the middle of cardiac, heart and organ failure,” Lawson said.

Doctors didn't know it then, but Anthony showed the main symptoms of someone with MIS-C.

“We lived, I wouldn’t even say hour by hour. I would say moment by moment.” Lawson said.

Eventually, Anthony would be the first child diagnosed in Washington state with MIS-C.

In Arizona, the number of kids with the syndrome has grown slowly, following an uptick in COVID-19 cases.

“It’s uncommon but when you have the city the size of Phoenix, you are going see things that are uncommon pretty uncommon,” Koch said.

Koch said MIS-C can be life-threatening, but most children who get treatment respond well.

He said there is still a lot to learn about the virus and information may change. However, he said if a child is showing symptoms, parents should feel comfortable bringing their child to a hospital.

RELATED: 3 things to know about the potential COVID-19 vaccine