The money is also capped at $44 billion, which experts estimate will only be enough to last weeks. 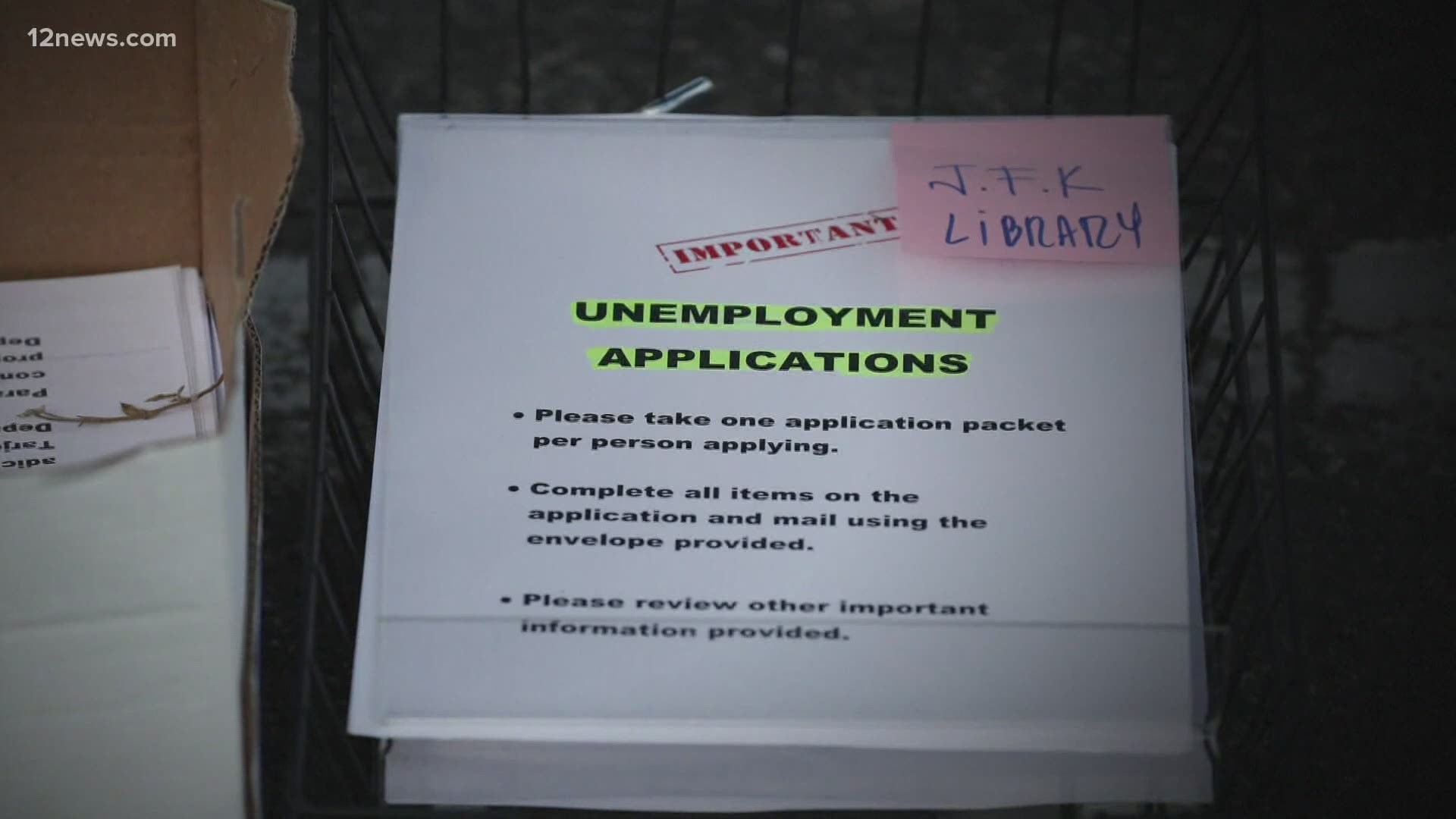 PHOENIX — On Saturday, President Donald Trump issued an executive order that could put an allocated budget of $44 billion in the pockets of unemployed people. Millions of Americans on unemployment are now wondering when they may see the benefits.

The COVID-19 pandemic fallout is entering its sixth month in Arizona as some Arizonans are struggling to keep their financial ship afloat.

“I'm stuck between a rock and a hard place.” Dallas Eads said.

Dallas Eads has struggled with where to turn. The single mother of two felt she had to quit her post office job to make sure her kids were looked after while they schooled from home. The system worked while she received the added $600 dollars of unemployment from the CARES Act, but after the additional funds expired last month, bills have piled up.

“I don’t know what we are going to do,” Eads said.

She hopes help may soon be on the way, especially after the president signed an executive order which could provide a 400 dollar boost.

“It’s not going to be this week. It could be two weeks, three weeks,” Tom Wheelwright, a CPA and CEO of Tempe based Wealthability, said.

The state will need to figure out how to come up with additional money to help boost unemployment. A statement from the governor's office on Saturday said more information would be available early this week.

Wheelwright said the money would come from the state's rainy day fund. The governor has made no indication if the fund will be used in this instance.

Time may be important in getting funding because the additional benefits has a limit.

The President's order capped the additional funds at 44 billion dollars. With millions of Americans applying for unemployment each week, the money may not last much more than a month.

Wheelwright said the executive order may act as a stop-gap to give more time for lawmakers in DC to come to terms on a longer-term financial deal.

In the meantime, some Arizonans remain skeptical if they will ever see any additional funds.

Eder is a former educator, who lost his job as a defensive driver instructor in March. Eder said he has faced problems applying for unemployment with the Arizona Department of Economic Security, getting only one unemployment deposit in the past 6 months.

"There is nothing I can do. There really are no more moves to make," Eder said.

Eder said he is part of the high at-risk population for the virus. He said he checks every morning and tries to claim unemployment, he hopes to get help from the government safety net designed to protect people like him.

Instead, he said he has been left to live off the kindness of others.