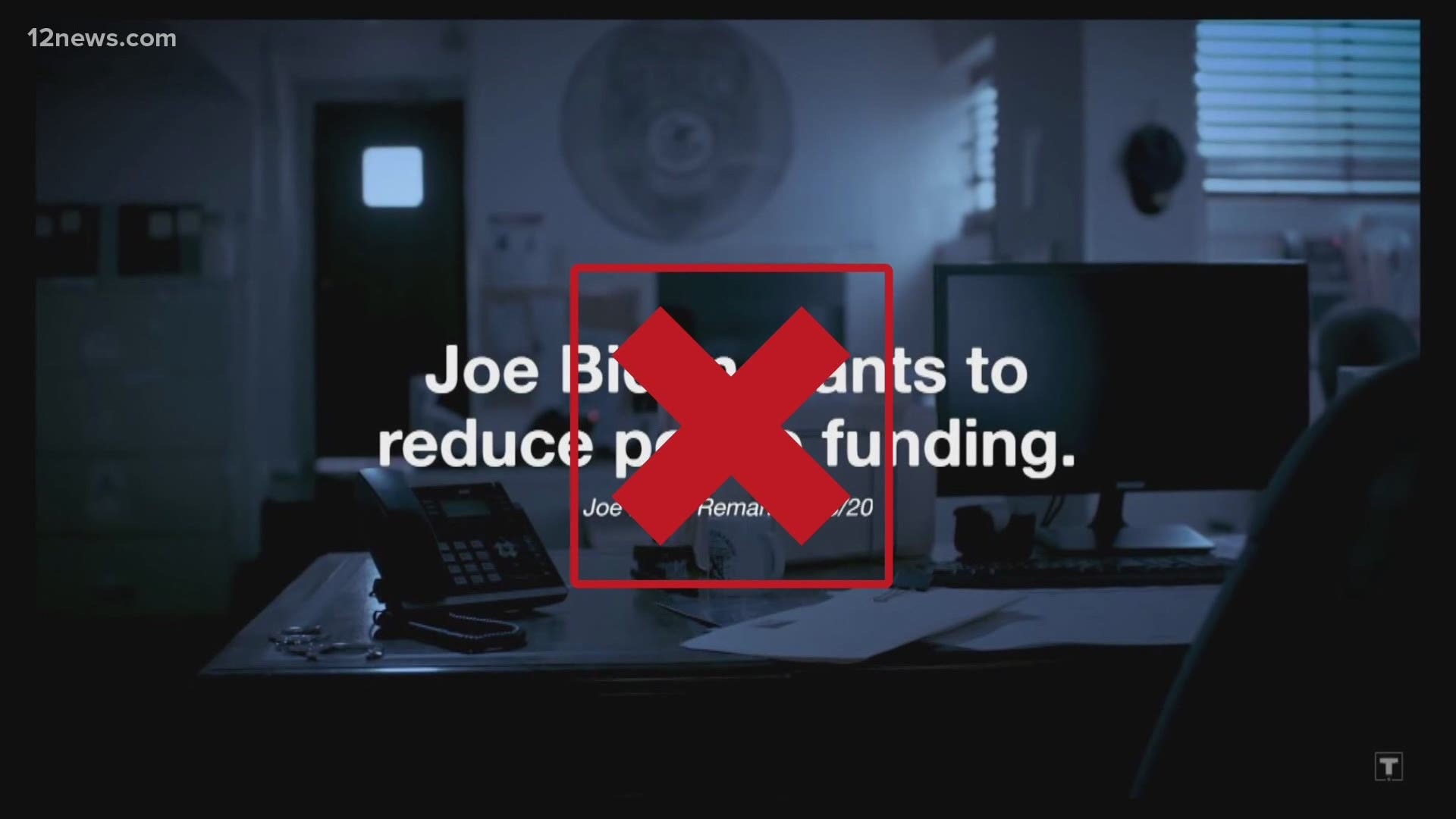 The “Break-In” ad is designed to alarm viewers: A burglar lurking outside a senior citizen’s home. The victim can’t get through on 911. A recording answers the call. Help is not on the way. And the burglar is inside the house.

The message: “You won’t be safe in Joe Biden’s America.”

We verified the Trump campaign’s claim that the presumptive Democratic nominee wants to “defund the police” or “reduce police funding.”

Biden has made clear several times that he doesn’t support defunding police departments.

Here’s what he said on 12 News earlier this month to anchor Mark Curtis:

“There are certain standards that should be subscribed to, like ones your attorney general in the State of Arizona has put out.”

The former vice president called for national standards for police, like the ones proposed by Republican Attorney General Mark Brnovich.

Brnovich made three proposals last month, during the nightly protests in Phoenix:

“We need police but we also need basic fundamental rules,” Biden said. “The moment’s come for a wake-up call.”

Trump believed he had the goods on Biden in a “charter” with Sen. Bernie Sanders. But there was nothing about stripping police department funding.

Biden’s position has been that he would condition federal funding on police reforms.

Here’s what he said in a USA Today op-ed last month:

"While I do not believe federal dollars should go to police departments violating people’s rights or turning to violence as the first resort, I do not support defunding police."

"The better answer is to give police departments the resources they need to implement meaningful reforms, and to condition other federal dollars on completing those reforms."

We verified that the Trump campaign is misrepresenting Joe Biden’s position on police funding.

RELATED: Dates of major events before the presidential election

RELATED: How many seats Democrats, Republicans need to win Congress