Trump: 'Out of the wilderness' they found a lot of votes for Sinema in Arizona

President Trump spoke with reporters Friday before heading to Paris saying there's a lot of "crooked" stuff going on with the vote counting in Florida and Arizona. 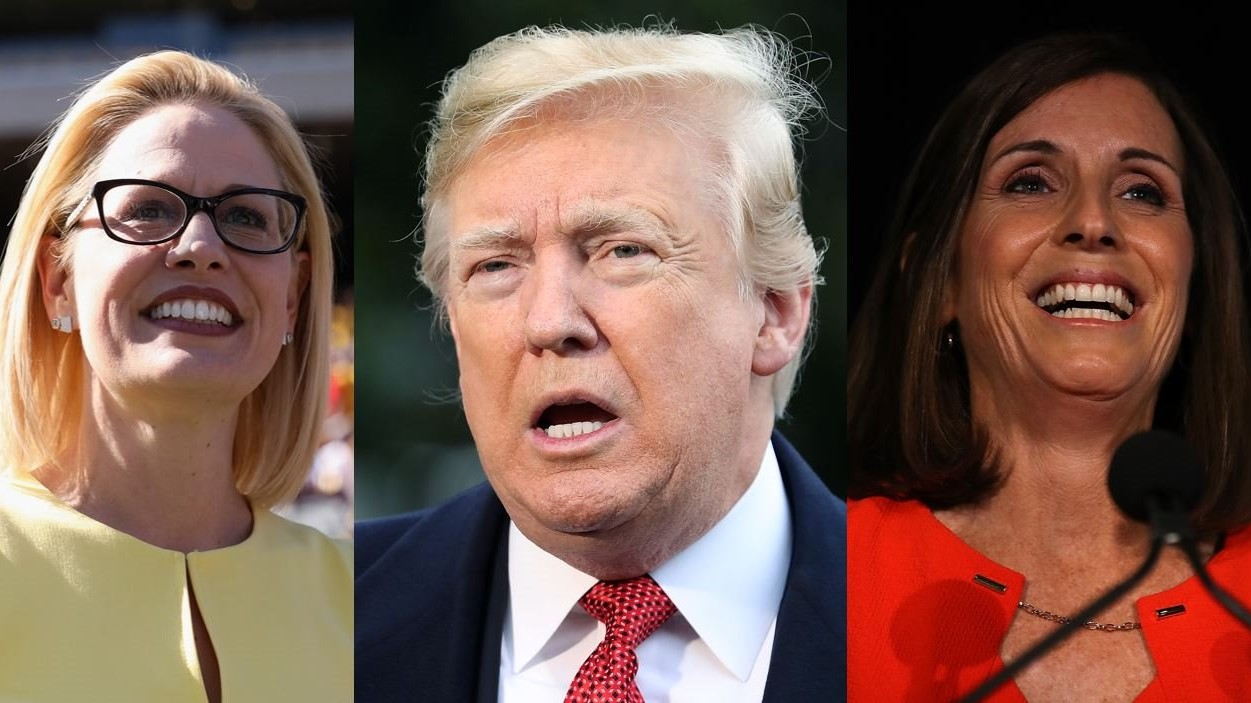 President Donald Trump seems to be suggesting there's a Democratic conspiracy in the vote counting going on in Florida and Arizona saying "it always seems to go the way of the Democrats."

Trump spoke with reporters Friday before boarding a plane to Paris saying what was going on in Florida was a "disgrace" as reports suggest the state could be heading toward a recount in the Senate and gubernatorial races.

Trump, who rallied for Martha McSally in Arizona, also brought up her tight Senate race against Democrat Kyrsten Sinema, suggesting votes were just "found" in favor of Sinema.

"Now in Arizona, all of a sudden, out of the wilderness, they found a lot of votes and she's...the other candidate, is just winning by a hair," he said.

More than 340,000 votes are still left to be counted in Maricopa County. The Arizona Republican party filed a lawsuit challenging the way the county is handling mail-in ballots.

President Trump's campaign manager Brad Parscale also alluded to the conspiracy tweeting, "These Democrat counties in Florida and Arizona are playing tricks because they just can't accept the fact they lost."

This so-called "Democrat county" gave Trump the most votes of any county in the U.S. in 2016, and Ducey just won it by 17 points in Tuesday's midterm election.

McSally's campaign released a statement saying as the votes continue to come in, they are confident "Martha McSally will be elected Arizona's next Senator."

As of Friday morning, Sinema held a slight lead over McSally.

The hearing regarding the Arizona GOP's challenge of mail-in ballot signatures is set for Friday at 2 p.m.