Trump and Gov. Ducey at odds over Arizona election 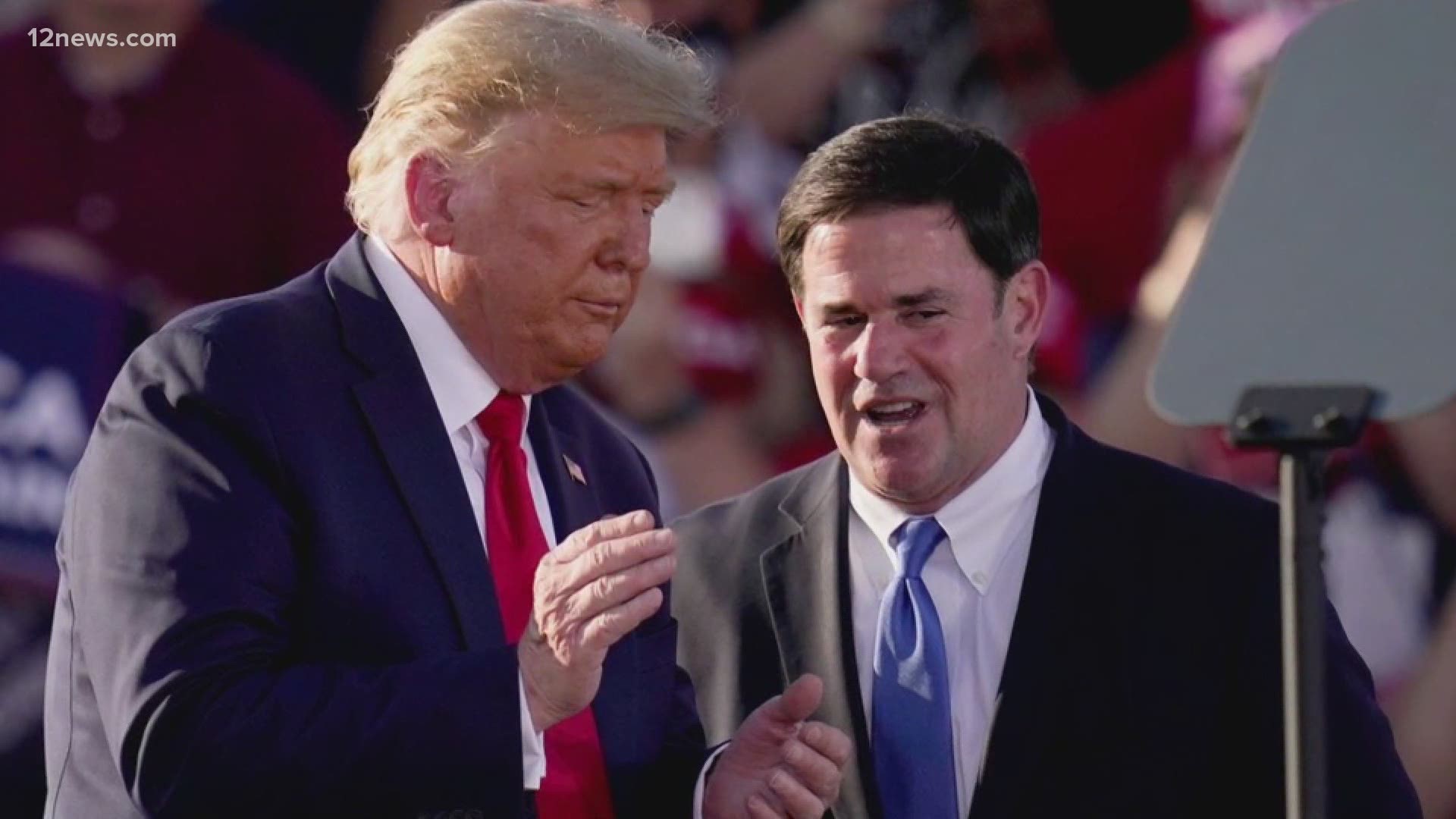 PHOENIX — The alliance between President Donald Trump and Gov. Doug Ducey may be over.

During a meeting hosted by Trump’s personal attorney Rudy Giuliani at the Hyatt in downtown Phoenix, Trump addressed a crowd of supporters through a cell phone.

“Why would [Ducey] sign when you have these hearings going on showing such corruption?” Trump said. “Why would he do that? Arizona will not forget what Ducey did to them. We didn’t just win this state by a little, we won by a lot.”

Efforts by Giuliani to legally challenge election results in swing states across the country have failed. More than three dozen cases brought by attorneys representing the Trump campaign have been rejected or dismissed.

“If the president has a legal reason why Ducey should not sign the certification of the Arizona vote then he ought to present it to a court,” Bender said. “It’s unfair of him, I think, to tell Ducey he shouldn’t do it since Ducey has to follow the law.”

I’ve been pretty outspoken about Arizona’s election system, and bragged about it quite a bit, including in the Oval Office. And for good reason. 1/

Ducey tweeted a spirited defense of Arizona’s elections on Monday and cited a list of checks and balances that ensure votes are counted accurately.

“In Arizona, we have some of the strongest election laws in the country, laws that prioritize accountability and clearly layout procedures,” Ducey wrote. “The problems that exist in other states simply don’t apply here.”

Ducey was a loyal soldier for Trump on the campaign trail, hosting several rallies across Arizona and serving as the campaign’s honorary chair for the state. But the last 24 hours exposed a rift between the two that is the latest challenge for Ducey in what has been a politically treacherous year.

“One, it’s the worst time in a very long time to be governor of any state having a COVID problem. A lot of people hate you just because you’re in that position. And now he’s been publicly rebuked by the President of the United States, his former ally, for somehow not standing up for fair elections.”