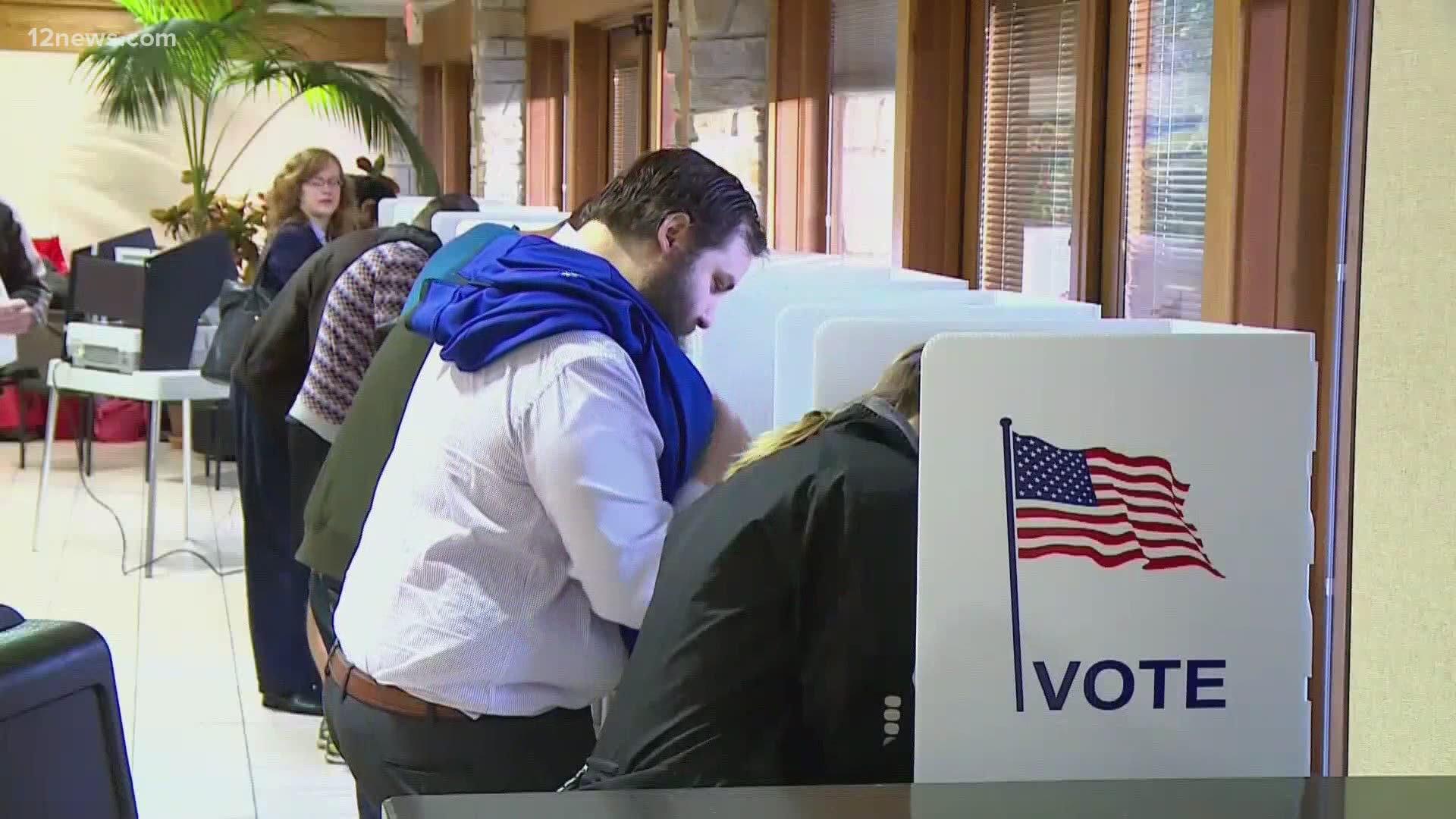 In an interview with Neil Cavuto on the Fox Business News channel, Brnovich also dismissed conspiracy theories and complaints by Trump lawyers and supporters.

“The reality is there are less than 50,000 votes to count and the president would have to get 65% of them to win Arizona. So it does appear that Joe Biden will win Arizona,” Brnovich said.

"If indeed there was some great conspiracy, it apparently didn't work."

Republican Gov. Doug Ducey, a close Trump ally and honorary co-chair of the president's Arizona campaign, has stayed mum on the claims of election fraud by Trump supporters in Arizona.

“We’ve already seen the outcome of races change to a dramatic degree, and some results remain unclear," Ducey said in a statement Monday.

"The president, just like any other candidate, has the right to all available legal challenges and remedies, and we are confident they will be properly adjudicated.”

Brnovich has remained on the sidelines during the presidential campaign.

Both Brnovich and Ducey will be termed out of their jobs in 2022, after eight years in office.

The attorney general said his office had received more than 1,000 complaints after the election over ballot bleed-through caused by Sharpies.

“That did not affect anyone’s vote,” he said.

The Trump lawsuit now in Maricopa County Superior Court affects less than 200 votes, Brnovich said. “I do not think it will make a difference in Arizona,” he said.

As of early Wednesday evening, Biden was leading Trump by more than 11,000 votes, with about 24,000 ballots left to count.

What comes next? The ballot count being reported Wednesday night could mathematically end the president’s chances to win Arizona.

A Trump defeat would make him the first Republican presidential nominee in 72 years to lose Maricopa County, delivering the state to Biden.

On Thursday, a five-hour hearing is scheduled on Trump’s challenge to the vote count.

What about a recount? Secretary of State Katie Hobbs’ office and the Biden campaign interpret state law the same way: The state’s automatic recount would be triggered if there’s a 200-vote gap between the candidates.

The Trump campaign might argue that state law says it’s triggered at a margin of one-tenth of one percent of the total vote, currently about 3,400 votes. President-elect Biden leads by more than 11,000 votes.

When will the results be official? Assuming legal challenges don’t get in the way, Secretary of State Hobbs will certify the vote on Nov. 30, making the results official.

Why is the ballot count taking so long? Actually, it isn’t taking that long. In fact, it’s faster than the two most recent elections, with far more ballots to count. Here are the numbers from Maricopa County, Arizona’s largest county:

2020: We are only on Day 8 and already a record of more than 2 million ballots have been counted, and the counting is almost over.

RELATED: VERIFY: No, ballots in the trash in viral video were not fraud

Watch previous interviews and segments on our 12 News YouTube channel. Be sure to subscribe to receive updates on new uploads!