'The ballots themselves can no longer be trusted': Secretary of State audit observers express concerns on audit security, accuracy

"This is really dangerous for our democracy," says Secretary of State Katie Hobbs. "We think they’re writing the playbook here to take this across the country." 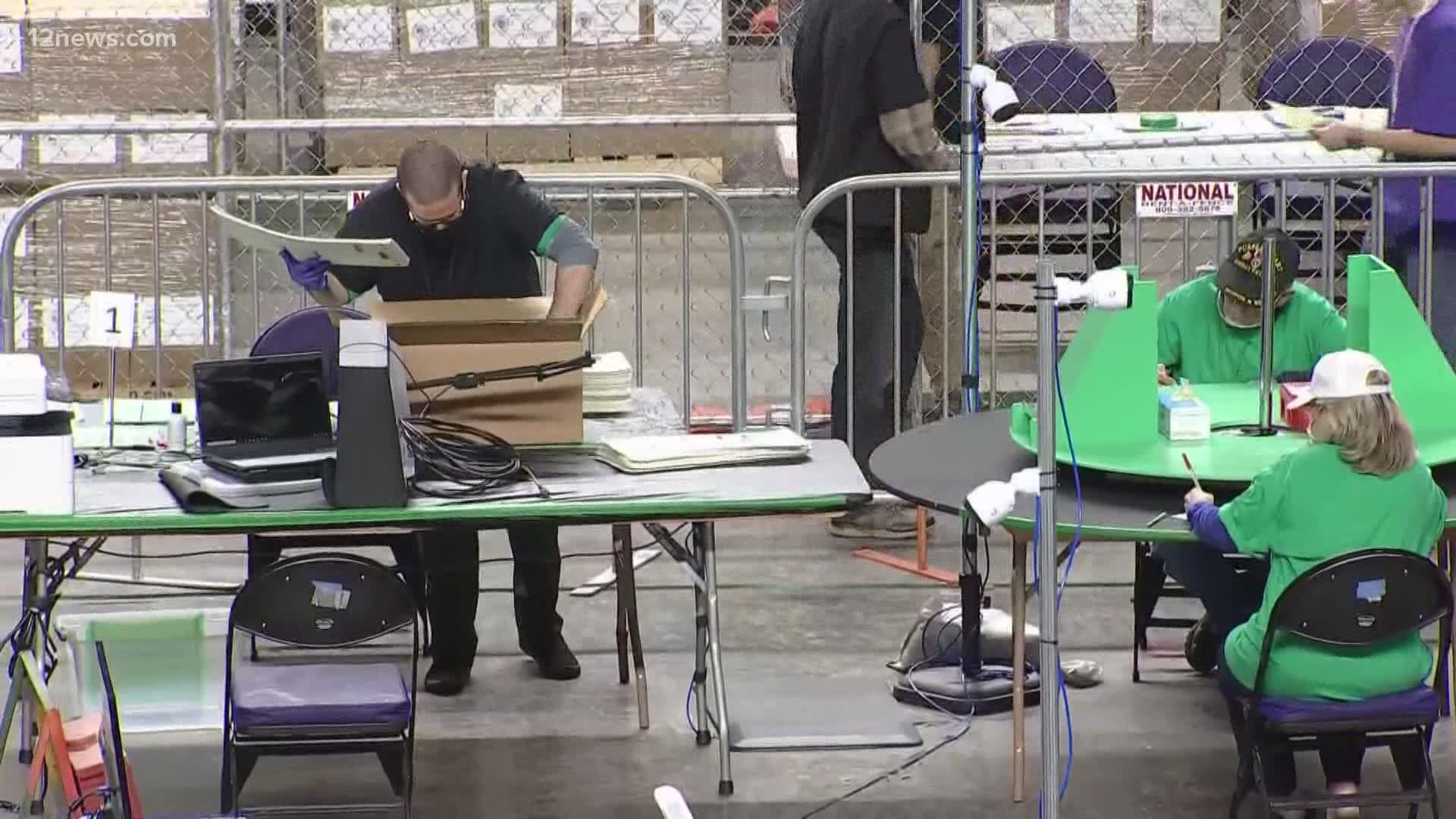 PHOENIX — The clock is ticking for Senate Republicans, who say the audit is approaching 10 percent of the 2.1 million ballots they need to recount from the 2020 election.

They have until May 14th before Veterans Memorial Coliseum, where the audit is taking place, will be used for high school graduations.

The audit won't be done by then, but that's not their only concern.

Officials added that any accusations of insecurity were "completely unfounded."

Fann has until Friday to respond to the DOJ letter.

Secretary of State Katie Hobbs says she talked with the DOJ and other Secretaries of State Thursday morning about the potential the audit could be breaking federal law and how it could set a precedent for other states.

"This is really dangerous for our democracy," says Secretary of State Katie Hobbs.  "We think they’re writing the playbook here to take this across the country."

In a Zoom call Thursday afternoon, audit observers brought in by the Secretary of State's Office shared collective concern over what they've been seeing at the Coliseum.

"What we’re seeing on the floor of the Coliseum is very different from the proven, effective and professional election auditing procedures used across the country," Howard explained.

Some of their concerns included a check for objectivity from lead audit firm Cyber Ninjas; the method in which ballots are counted and checked; how procedures vary from table to table; and whether the equipment is secure.

"These computers were never locked," Macias recalls. "I actually could have accessed the files themselves because they were sitting right on the screen."

Secretary Hobbs took their concerns in her own letter to Senate Audit Liaison Ken Bennett, who’s maintained this has process has always been secure.

There’s no known plan as to what will happen to the ballots and equipment next week when the Coliseum is no longer available. The Senate only leased the facility through May 14th.  High school graduations are expected to be held at the space after that date.

Bennett told 12 News Wednesday that the ballots and election equipment will be "stored temporarily somewhere else on the fairgrounds site...and then moved back into the Coliseum after the graduations."

A spokesperson for the State Fair says that storing the equipment and ballots and moving them back would not be "feasible for the Coliseum."

Watch complete 12 News coverage of the election audit on YouTube: