The former record-holding speedskater boosted efforts to pass a bill at the Capitol last spring. She explains the urgency in telling survivors how new law works. 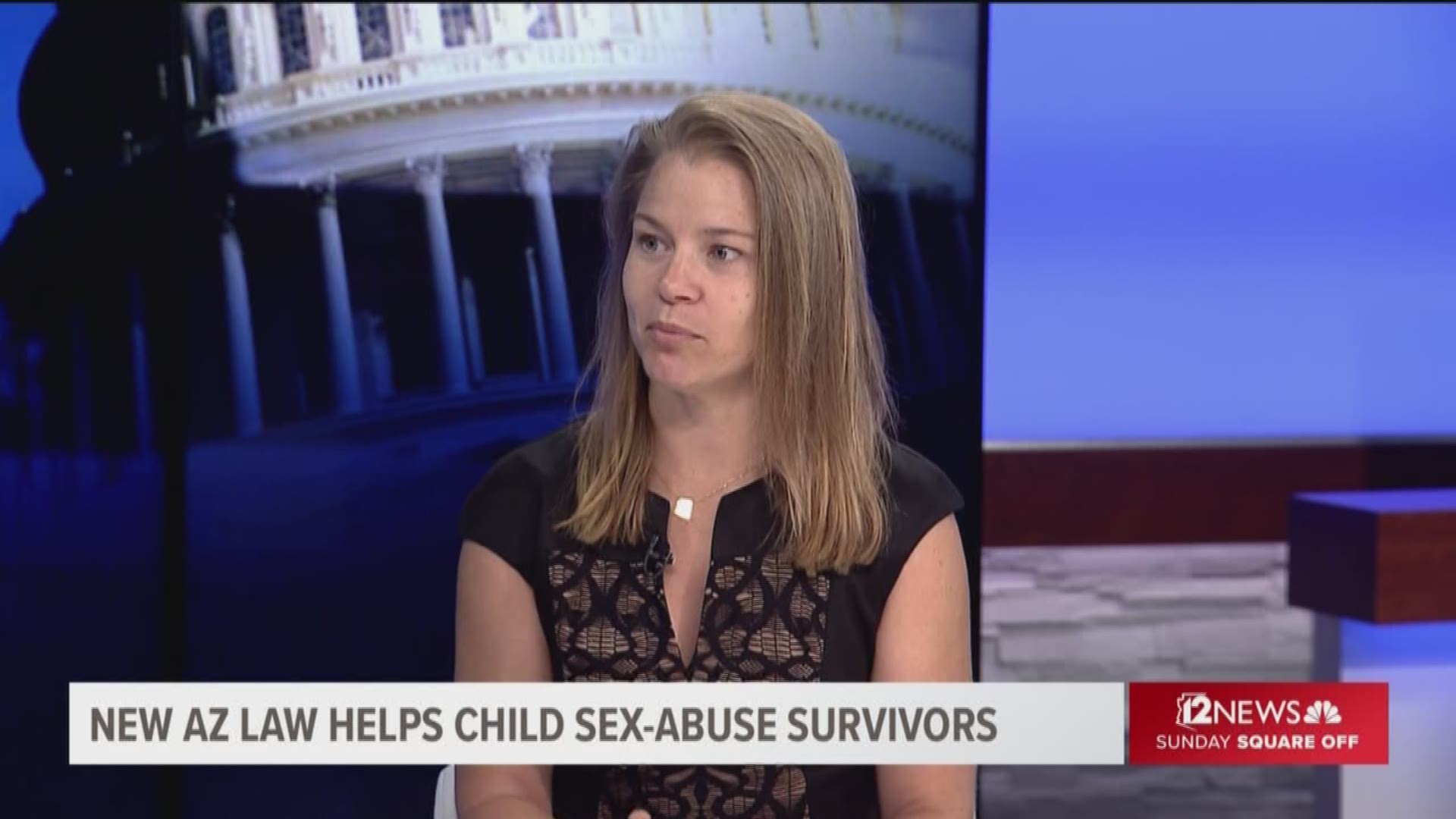 PHOENIX — Bridie Farrell was a record-holding U.S. speedskater who's now sharing her story of being sexually abused as a teenager by a teammate twice her age.

Last spring, Farrell provided a crucial boost to legislation at the Arizona Capitol that would give survivors of childhood sexual abuse more time to file a lawsuit.

The bill was championed by Republican Sens. Paul Boyer and Heather Carter during a bitter fight at the Legislature. It was ultimately signed into law last May by Gov. Doug Ducey.

Last week, Farrell was back in Arizona, attending town halls to educate sexual abuse survivors about the new law.

On this weekend's "Sunday Square Off," Farrell and I discussed the new law, the urgency in educating survivors and her own story.

Under the former Arizona law, survivors of childhood sexual abuse had until the age of 20 to sue their abusers.

Under the new Child Protection Act, the age limit is raised to 30.

Information on the new law is available here.

Some of the urgency in educating abuse survivors stems from a one-time window - until December 2020 - for anyone who was sexually abused as a child to sue their abuser or the institutions that protected them.