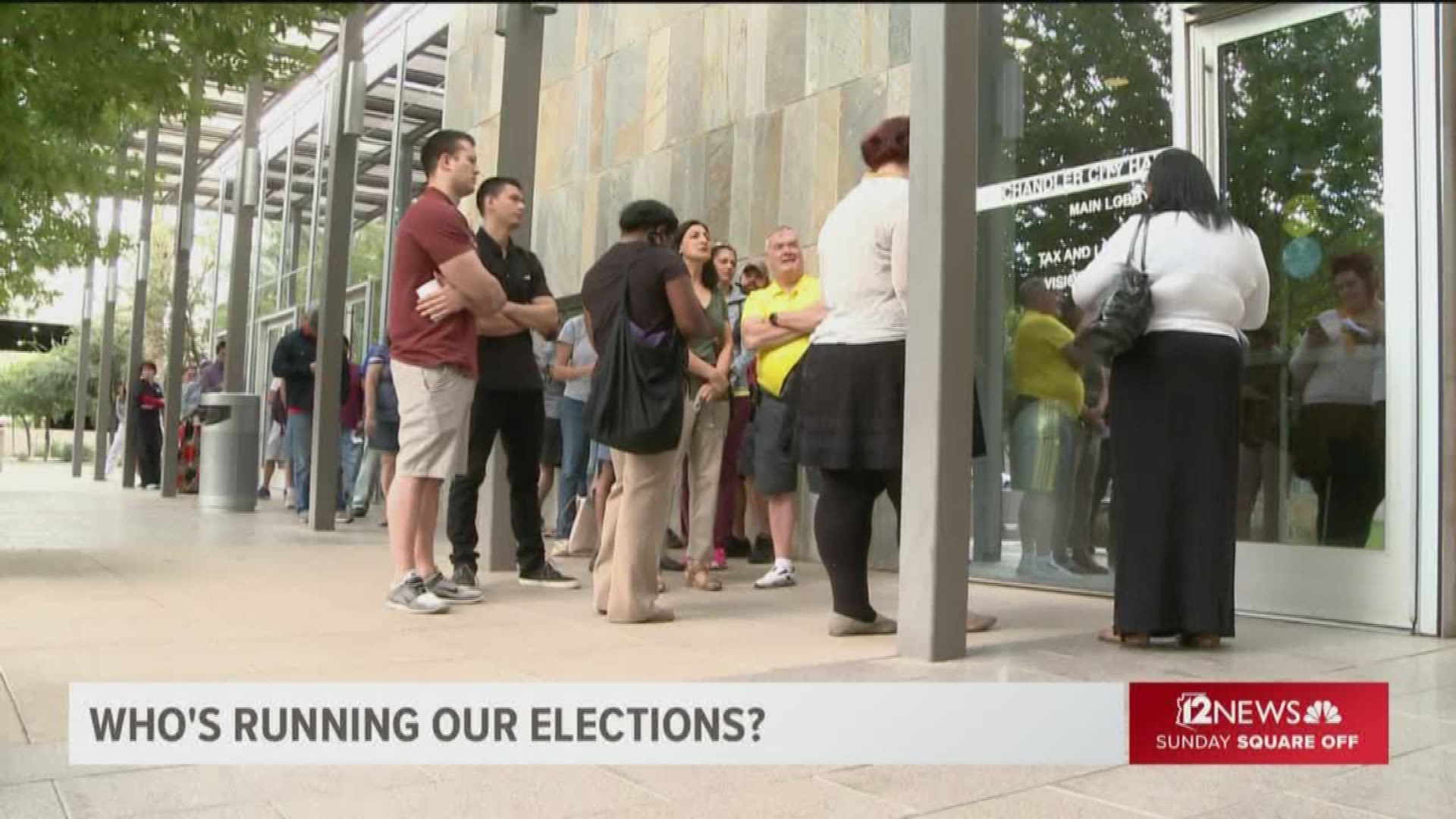 PHOENIX — Who's running Maricopa County's elections this year? It's not the person who was elected to run them.

Last week, the new chairman of the Maricopa County Board declared his No. 1 job this year is "to pull off a fantastic presidential preference election."

That caught some people by surprise. The confusion is understandable.

So on this weekend's "Sunday Square Off," we explain why Board Chair Clint Hickman now owns the 2020 vote.

For the last 60 or so years, that had been the county recorder's role.

Then came the 2016 voting fiasco and the election of a new recorder, Democrat Adrian Fontes.

Fontes and the Republican-controlled County Board struck a deal last summer giving the board oversight of everything that happens on election days.

The County Board has hired its own elections director. Fontes' role is managing early voting and voter registration.

We'll find out in 65 days, with the statewide March 17th presidential preference election, whether the new players are ready for prime time.