Wanda Tucker retraced the steps of her slave ancestors. But she couldn’t go on.

A Valley educator shares her painful journey to Angola on the 400th anniversary of the first slave ship's arrival on our shores. 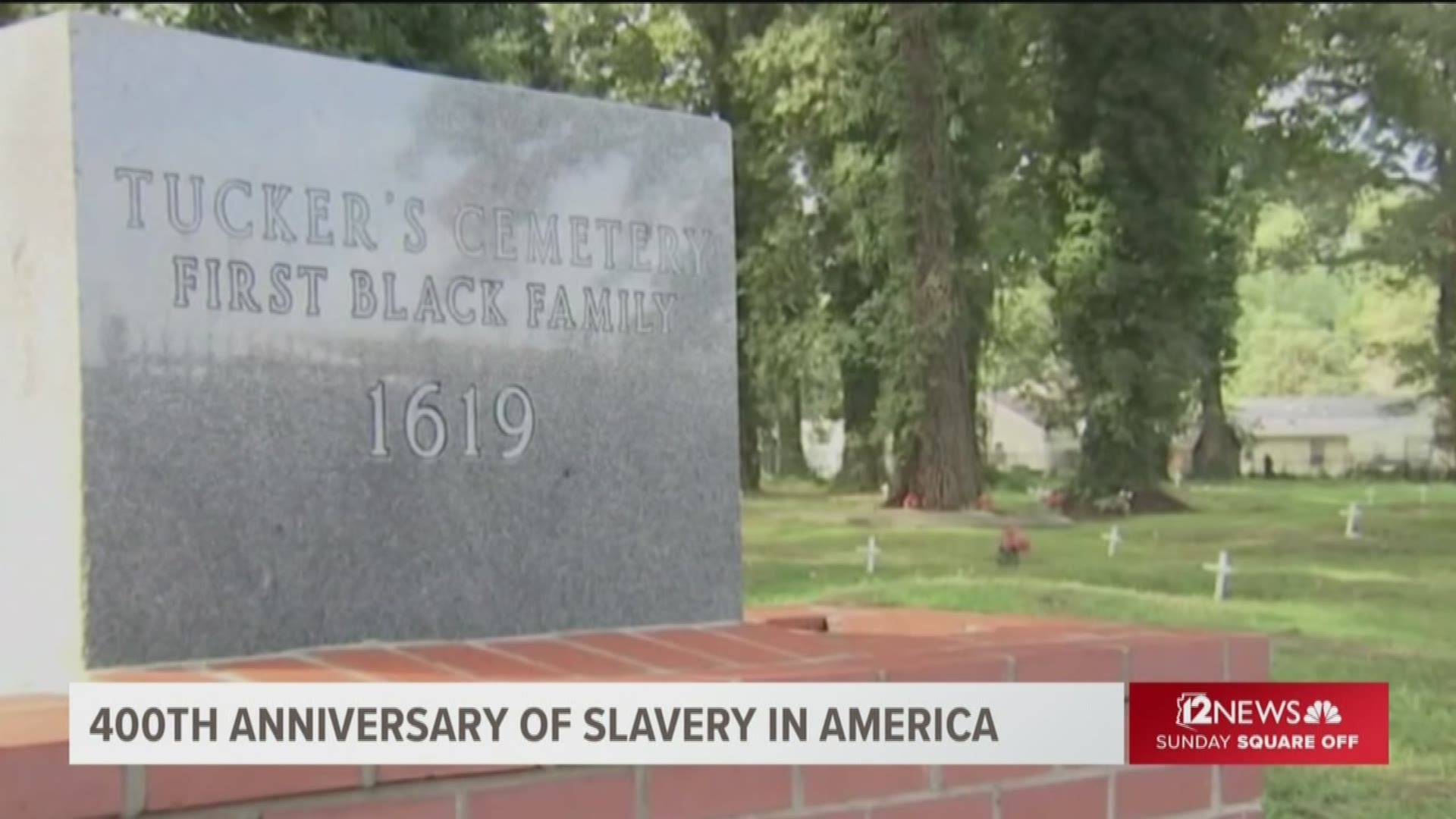 PHOENIX - Wanda Tucker's family traces their roots to the first slave ship bearing Africans to these shores 400 years ago to the English colony of Virginia in August of 1619.

On this weekend’s “Sunday Square Off,” Dr. Tucker, a faculty head at Rio Salado College, shares her family history and her painful return to the African nation of Angola, where she walked the path of her ancestors before they boarded a slave ship.

The New York Times “1619 Project,” a series on the far-reaching legacy of slavery in America, is challenging the way we think about an institution that endured for almost 250 years—longer than the United States has been a nation.

For that part of the discussion, Wanda Tucker is joined by Iisha Graves, president of the West Valley NAACP, and the Rev. Reginald Walton, pastor at Phillips Memorial CME Church in Phoenix.

Graves and Walton respond to Tucker’s story and discuss how to tell the story of slavery in a new way.

RELATED: Should Congress approve reparations? Here's a look at how America tried to make amends before

MORE SUNDAY SQUARE OFF: How APS might change when longtime CEO retires