Plus, 'Sunday Square Off' breaks down a major deal to stave off an Arizona water shortage 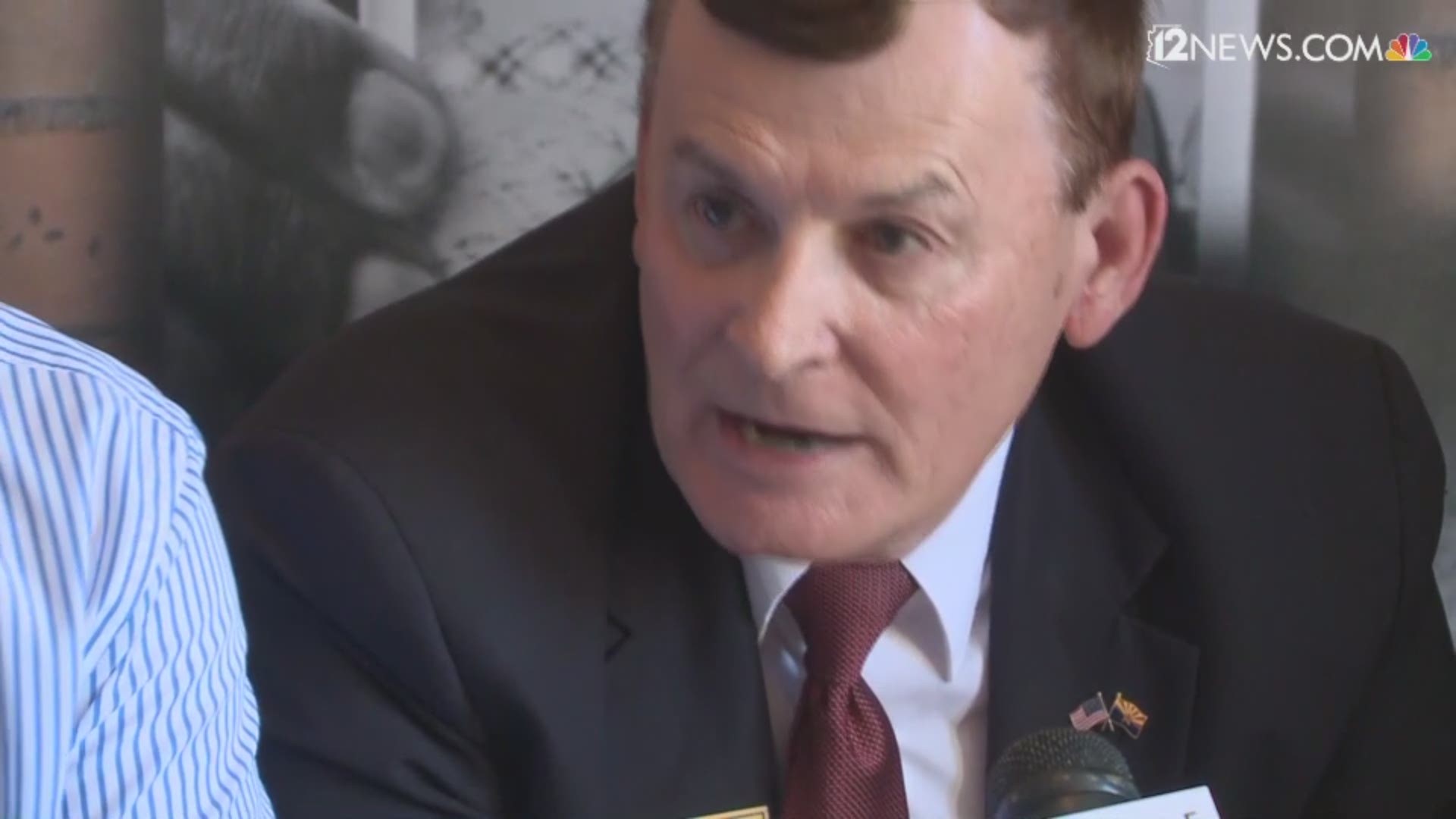 Republican lawmaker David Stringer should be expelled from the state Legislature if he continues to express his white-nationalist beliefs at the Capitol, according to State Rep. Reginald Bolding, a member of the House Democratic leadership.

“If he brings that toxicity back to the Legislature, we will push for an expulsion,” Bolding says on this weekend’s “Sunday Square Off.”

Bolding said Stringer’s views would create “an unsafe work environment” at the Capitol.

“His views are not reflective of what Arizonans want,” Bolding said.

Stringer, a Prescott Republican, was elected last month to a second two-year term in the House. The Legislature's new session starts in four weeks.

Stringer has been caught on tape several times in recent months sharing his belief that Americans of European origin are being overtaken by people of color and immigrants in Arizona and the country as a whole.

“They don't blend in,” Stringer said of African-Americans in recent comments to Arizona State University students. “They always look different.”

During the last two weeks, Stringer has faced calls to resign from Republican Gov. Doug Ducey; the NAACP; and the Prescott City Council. He’s also been banned from campuses in the largest school district in Yavapai County.

A vote to expel Stringer from the Arizona House of Representatives would require support from two-thirds of the members - 40 of the total 60. Republicans control the chamber, 31-29.

Stringer told the Prescott Valley Town Council Thursday night that he would not step down.

Also on “Sunday Square Off,” we do a deep dive on a deal that could stave off Arizona’s looming water crisis.

Arizona Republic columnist Joanna Allhands breaks down a statewide deal that would protect Arizona’s largest water source, Lake Mead, and explains what's at stake for all of us.

The state Legislature is expected to vote on the Drought Contingency Plan sometime during its new session, which starts in January.

“It doesn’t solve anything,” Allhands tells me. “It’s going to cost a ton of money and it’s going to hurt. It's not a good deal for us. but it's the right deal.”