Students would be barred from classroom for another month or more under Will Humble's proposed benchmarks. Ducey will reveal his metrics by Aug. 7 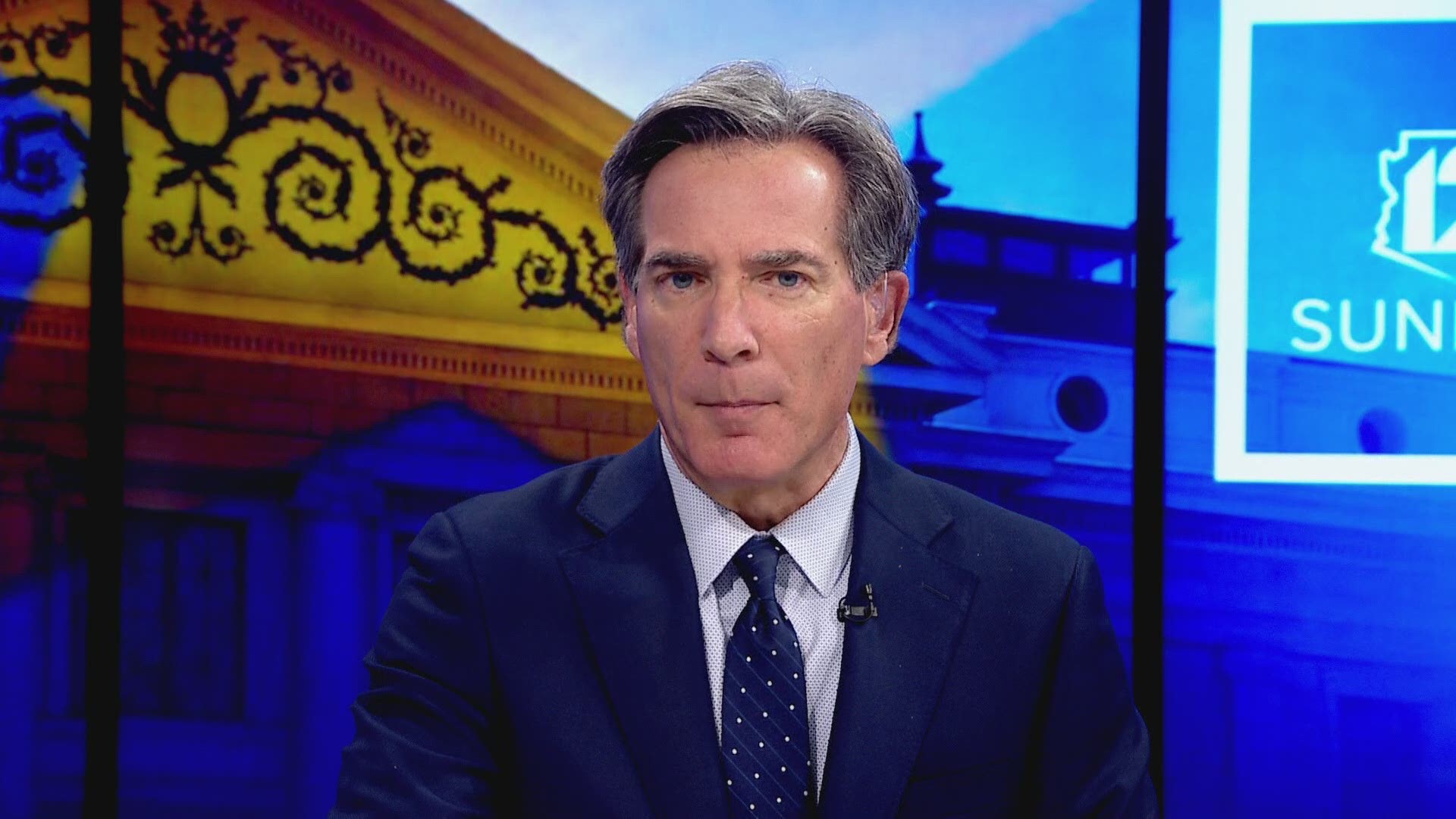 PHOENIX — Coronavirus benchmarks proposed by a former Arizona health director and a school nurse group would keep students out of the classroom for at least another month and likely longer.

“I hope that the state health department puts together aggressive criteria and not wimpy criteria,” Will Humble, the former state health services director, says on this weekend’s episode of “Sunday Square Off.”

Humble warned that reopening bars and nightclubs - considered hotbeds for spreading the coronavirus - could harm the schools’ reopening.

“There are some wild cards out there,” he said. “If the governor were to decide that it's OK for night clubs and bars to open again, then I think all bets are off."

Humble said that he doesn't think that opening bars and restaurants can happen at the same time as opening K-12 instruction for in-person school.

"Those are mutually exclusive," he said.

We partnered with the School Nurse Organization of Arizona to develop benchmarks for the safe return of in-person instruction this Fall. Our letter to the governor & ADHS director is here: https://t.co/vOxDBZXaWx

Republican Gov. Doug Ducey issued an executive order in late June that delayed the start of in-person schooling until Aug. 17, but he’s described the date as “aspirational.”

At a news conference last week, Ducey said he would publicly share his metrics this week for reopening safely.

Fewer cases over 30 days: A consistent 30-day reduction in the number of new COVID-19 cases in the county, as measured by a seven-day moving average.

Lower positive rate: A county percentage positive rate of less than 5 percent for 21 days, as measured by a seven-day moving average. Statewide, the seven-day average is 18.27 percent, according to Arizona State University’s “Critical Trends” dashboard.

Faster test results: 90 percent of test samples must be returned within 72 hours of specimen collection. Department of Health Services dashboard should track the timeliness of test results. Currently, tests are being returned within an average of seven to nine days.

Whatever metrics the state comes up with will reportedly be applied county by county.

A Ducey executive order July 23 says the metrics will be “recommendations” for school districts and charter schools. It’s unclear how private and parochial schools will be affected.

Humble was asked whether the governor should formally require schools to follow the metrics.

"That's a legal question,” he said. “If he can mandate, I think he should mandate it. I'm not so sure he has that level of statutory authority.”

Also on “Sunday Square Off”:

-Can Congressman David Schweikert save his seat after a rare reprimand by the House of Representatives for repeated misconduct in managing office and campaign money?