Councilman who championed civilian review says it could be more than a year away. Police critic Carlos Garcia also defends intent in seeking greater transparency. 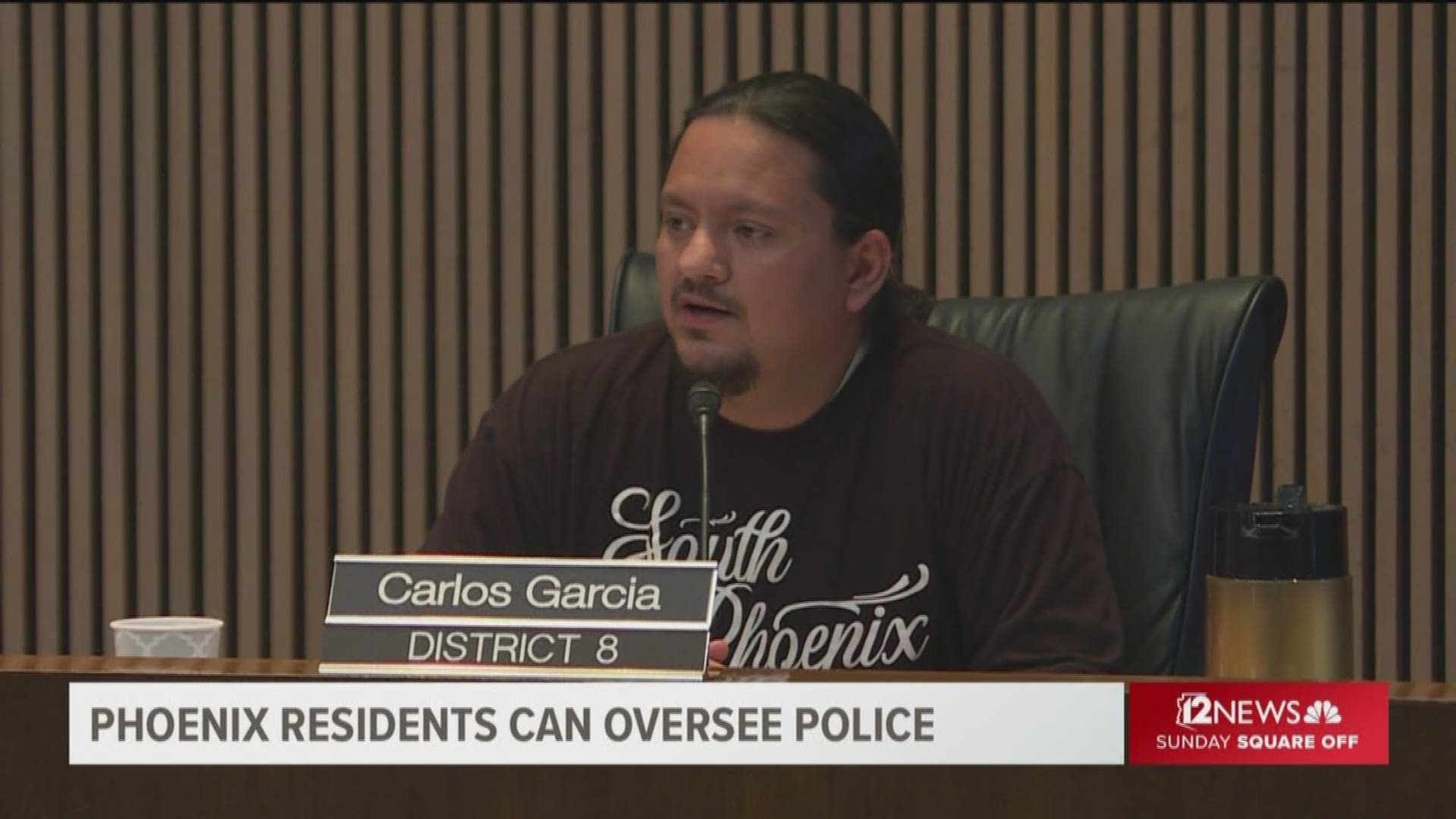 PHOENIX — For the first time, Phoenix residents will have oversight of the police who protect them.

Carlos Garcia, a freshman City Council member and longtime police critic, tells me on this weekend's "Sunday Square Off" why the civilian review system he championed might not get off the ground for another year or more.

More City Council votes lie ahead, including how much to spend on the new police review structure, which will include city staff and civilians.

Garcia also responds to critics questioning his intentions. He has shown up at City Council meetings wearing a T-shirt with the words, "End Police Brutality."

As an activist, Garcia led protests against police inside the council chambers where he now sits as a representative of District 8, in south Phoenix and Laveen.

Mayor Kate Gallego's own proposal didn't have enough votes to pass, but she cast the deciding vote for Garcia's model.

Communities of color in Phoenix have fought for civilian review for more than a decade.