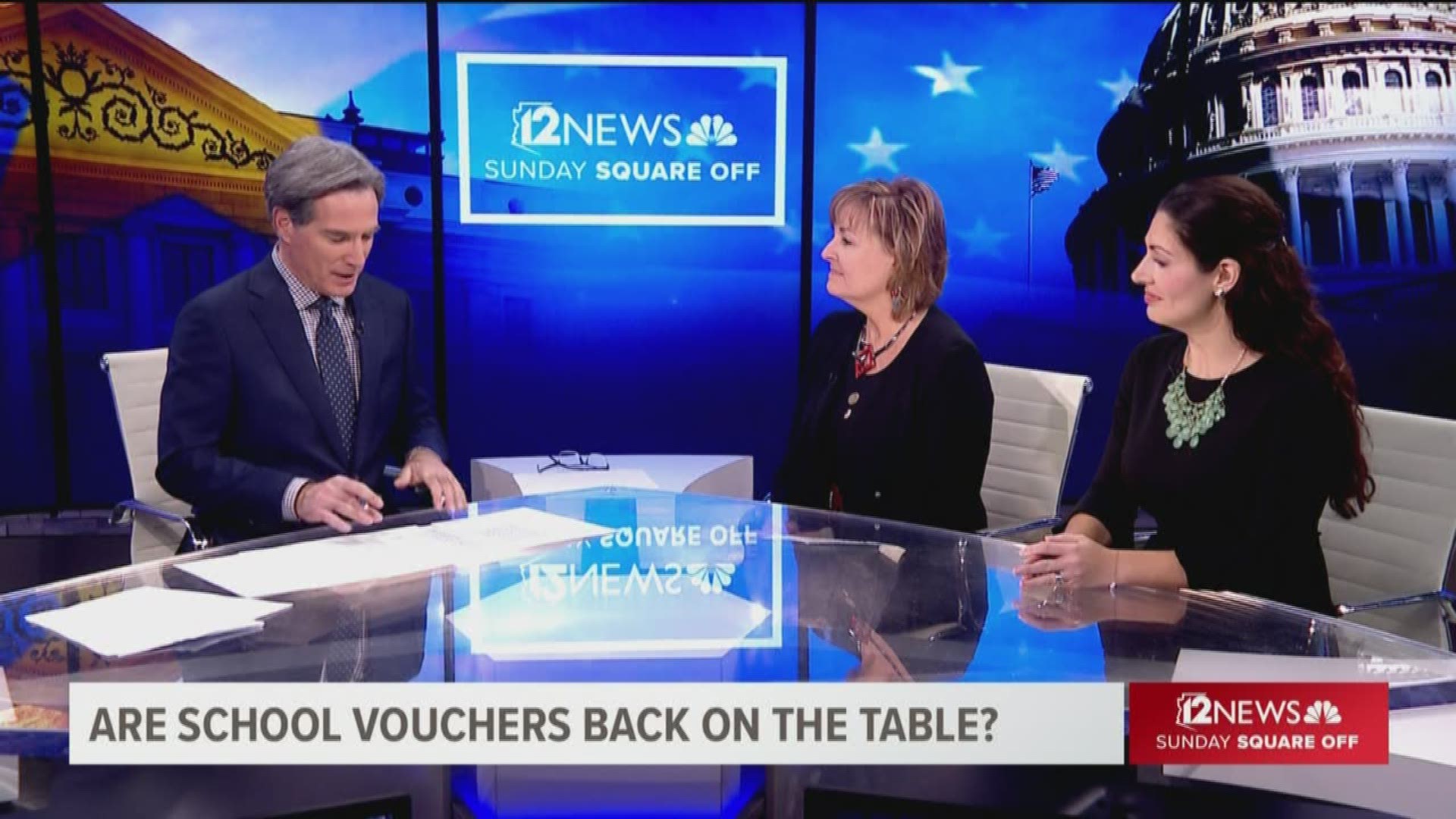 PHOENIX — Two bills at the state Legislature would allow Arizona families to use school vouchers to send their children to out-of-state schools.

The two proposed expansions are relatively small -- targeting about a dozen children on tribal reservations in northern and eastern Arizona, as well as students in the polygamous town of Colorado City, Arizona.

But the bills have rekindled the debate over vouchers after Arizona voters rejected a statewide expansion in 2018.

Joining us on "Sunday Square Off" are Republican State Rep. Regina Cobb of Kingman, who represents the Colorado City area and is sponsoring one of the bills, and Dawn Penich-Thacker, of Save Our Schools Arizona, which led the fight against the 2018 expansion by putting Proposition 305 on the statewide ballot.