In 'Sunday Square Off' interview, Trump fan Daniel McCarthy fails to explain why president is wrong about McSally. 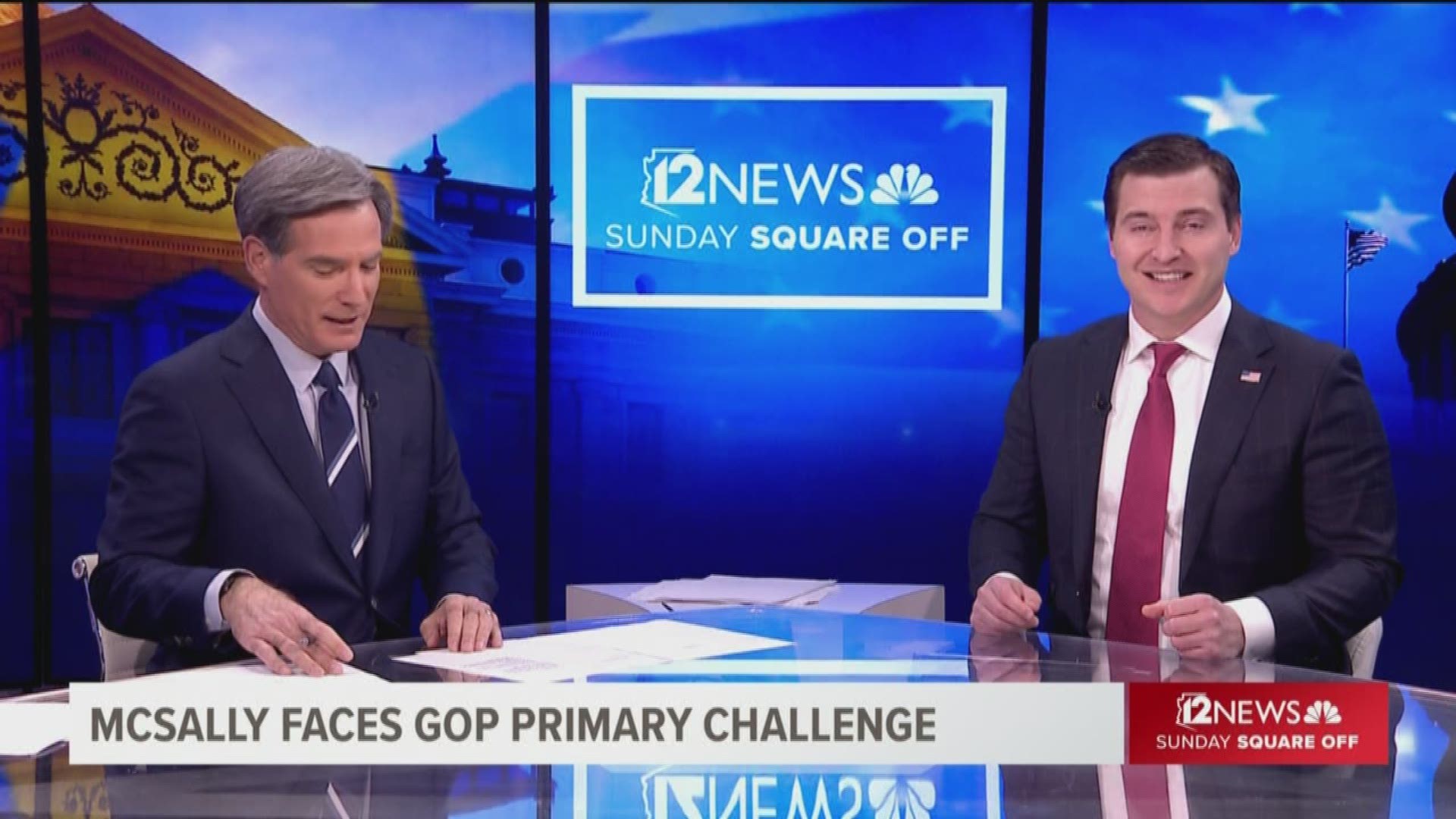 PHOENIX — In a wide-ranging "Sunday Square Off" interview, Glendale business owner Daniel McCarthy struggled to make a case for his primary challenge to Republican Sen. Martha McSally, had a hard time detailing a basic position on health care and conceded that his company never followed through on a declaration that it's moving work from China to the United States.

The 34-year-old McCarthy, whose slogan is "Demand Daniel," has said he believes McSally can't win the U.S. Senate seat in the 2020 election, after her appointment last year.

After the interview was taped Friday, McCarthy claimed on Facebook that 12 News would "edit out me defending myself from baseless and irrelevant matters."

The interview was presented in its entirety on our Sunday morning broadcast, as well as online.

"Sunday Square Off" airs at 8 a.m. Sundays on 12 News after NBC's "Meet the Press," with moderator Chuck Todd.