Martha McSally gets President Trump’s blessing, but doesn’t have voters on her side yet 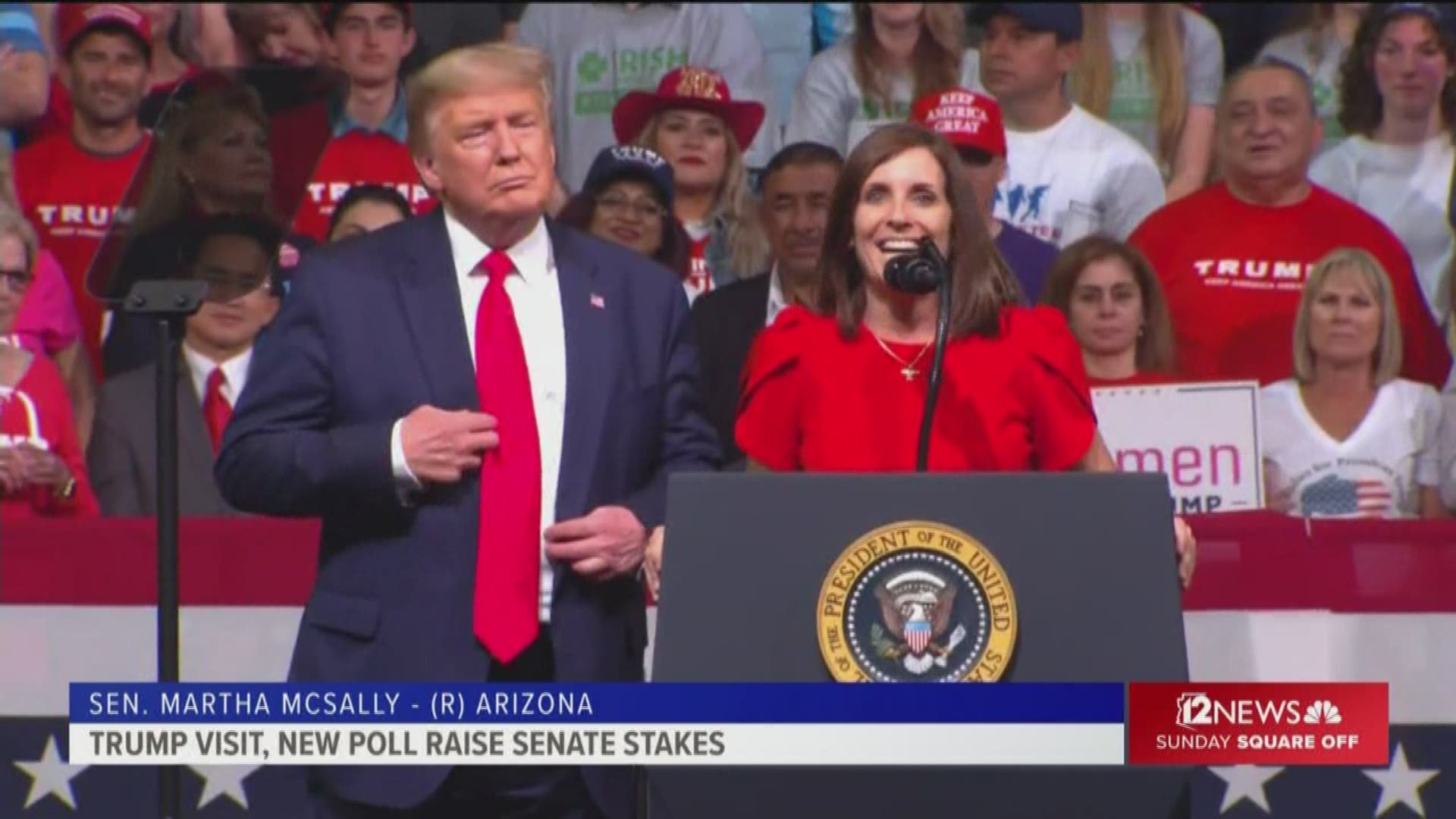 Locked in one of the most-watched U.S. Senate races in the country, Republican Sen. Martha McSally got President Donald Trump’s blessing last week at a Phoenix rally for not “wobbling” during the impeachment inquiry and the president’s trial.

But a new poll indicates McSally has a lot of work to do to win over Arizona voters. Democrat Mark Kelly leads McSally by almost seven points - 46 percent to 39.3 percent - a poll released Friday.

McSally must still win the GOP primary in early August to advance to November’s general election.

On this weekend’s “Sunday Square Off,” we discuss the latest news in the Senate race - including McSally’s new attack ad tying Kelly to Sen. Bernie Sanders socialist agenda - with

Roy Herrera, an election law attorney at Ballard Spahr and a former Democratic congressional staffer, and Paul Bentz, a senior vice president of research and strategy at Highground consulting, and the pollster on the McSally-Kelly race,