Inside the baby-mill case against Maricopa County official Paul Petersen 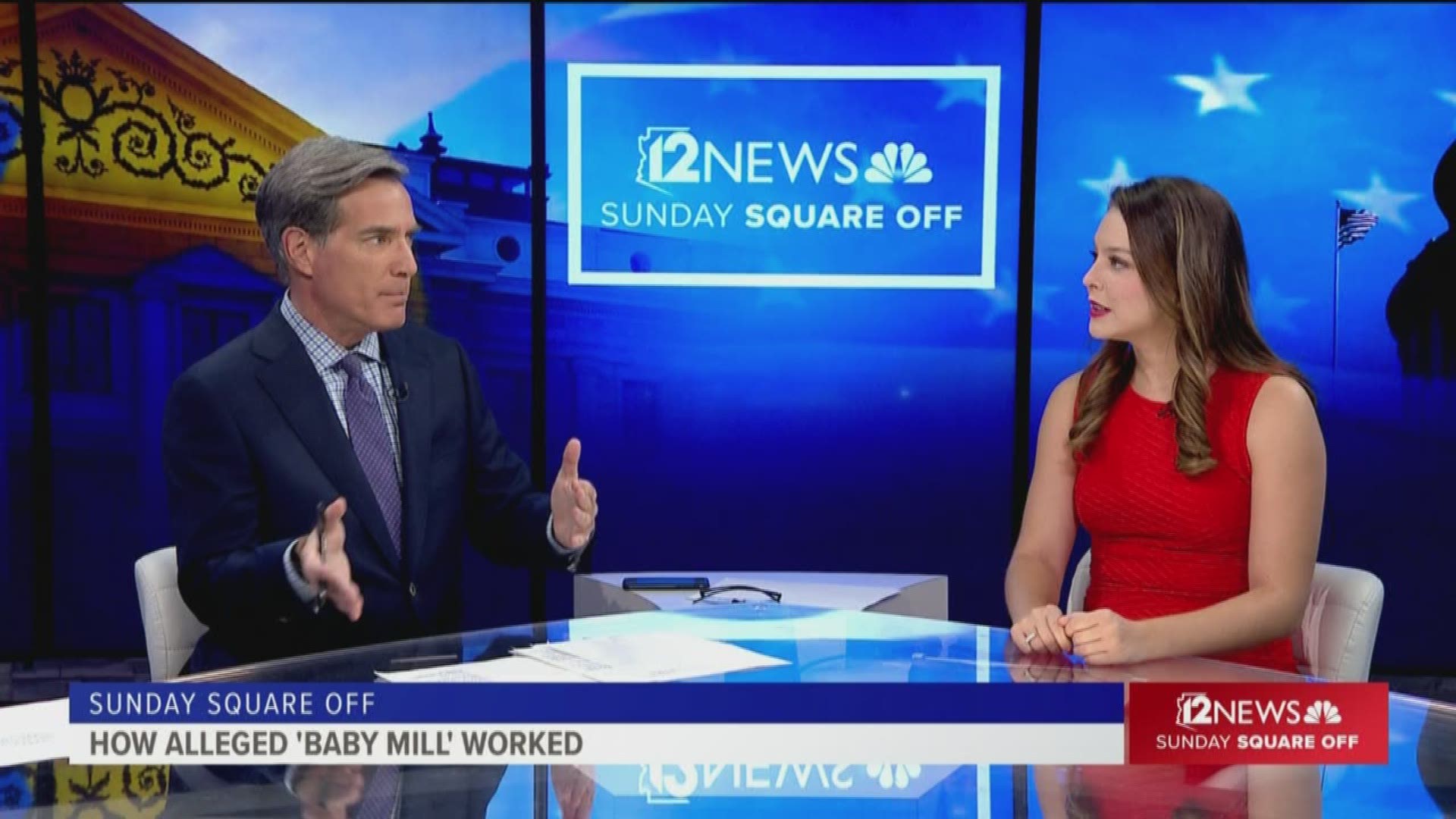 PHOENIX — They are shocking allegations against an elected official whose name you probably didn't know until last week.

On this weekend's "Sunday Square Off," Arizona Republic reporter Jessica Boehm explains the charges against Petersen, what happened when a judge red-flagged his adoption business almost 15 years ago, and what the fallout could be for adoptive families and for the Marshallese women who've flown to the U.S. to give birth.

Boehm has covered the case since it broke early last week.

After the show taping, Petersen was transferred to federal custody in Phoenix for transport to Arkansas, where he will face federal charges at the end of this month.

Also on this weekend's "Square Off," our Left/Right debate with Marilyn Rodriguez, Democratic consultant at Creosote Partners, and Nathan Sproul, Republican consultant at Lincoln Strategy Group:

- U.S. Sen. Martha McSally dodged questions last week about President Trump's call for Ukraine and China to investigate political rival Joe Biden. What are McSally and other Republicans telling voters with their sidesteps?

- Arizona Republican activists called out two congressional Democrats over their support for the impeachment inquiry. Should the two Democrats - Tom O'Halleran of Sedona and Ann Kirkpatrick of Tucson - fear a blowback from voters in 2020?

- Why are Republicans trying to purge one of the few moderates in their state Senate caucus, Heather Carter of Cave Creek? Carter's being primaried by State Rep. Nancy Barto, a social conservative.