History in the making: The 2010s left their mark on Arizona

From SB 1070 to Purple Arizona to the death of John McCain, ‘Sunday Square Off’ Top 12 list tells the story of an indelible decade. 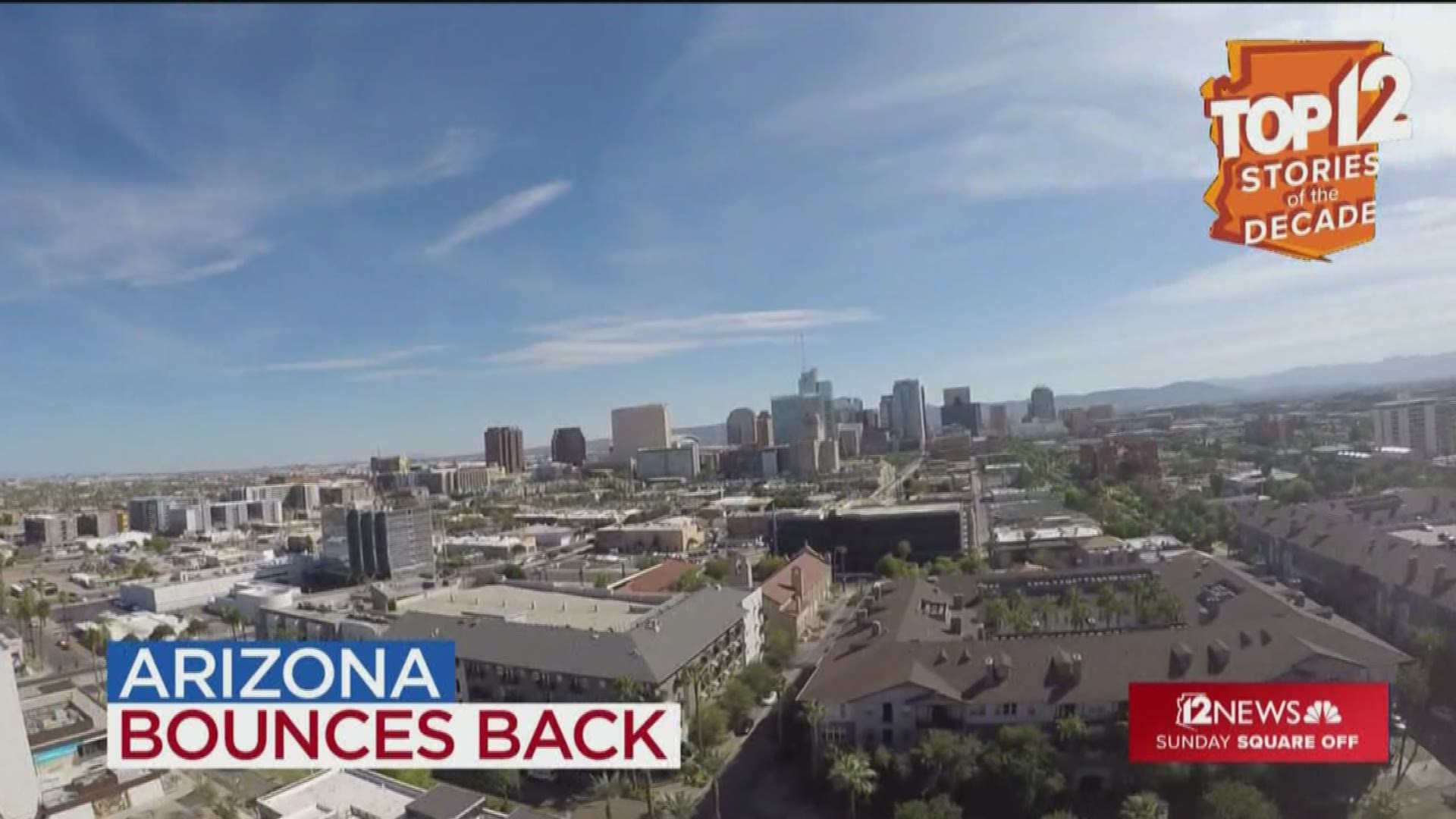 PHOENIX - From SB 1070 to the death of Sen. John McCain, the 2010s have been a history-making decade in Arizona.

On this weekend’s “Sunday Square Off,” we list Arizona’s 12 most important stories of the last 10 years.

Here are Arizona's 12 most important stories of the decade, plus honorable mentions:

We've come a long way since the depths of the Great Recession. The housing bust slammed our state. Arizona hit bottom in January 2010; record numbers of homeowners were facing foreclosure and 11% of Arizonans were out of work. Today, the Phoenix area is the fastest-growing metro in the country and the state's economy is humming. In a historic boom-and-bust state, the boom is back.

The historic Red For Ed teachers strike in 2018 was the exclamation point on a decade when education emerged as a top issue for Arizonans. Teachers and parents united in a grassroots effort to pressure Gov. Doug Ducey to fully fund schools. School choice advocates had their own champions for expanding private school vouchers and funding for charter schools.

Congresswoman Gabby Giffords was gravely wounded in a 2011 assassination attempt while meeting constituents outside a Tucson supermarket. Eighteen others were shot, six of them died. Among those killed: a federal judge, a Giffords staffer, and a 9-year-old girl, Christina-Taylor Green. Today, Giffords is a national gun-safety advocate, and two of the people who saved her life now sit in the state Legislature.

It was the nation's toughest immigration law when Gov. Jan Brewer signed it in 2010. SB 1070 would come to define Arizona nationwide and around the world.

Three of the leading immigration hardliners have moved on:

- In 2011, just a year after the bill he sponsored was signed into law, state Senate President Russell Pearce was recalled by voters – a first for Arizona. His opponent – educator and moderate Republican Jerry Lewis – won Pearce's seat by a wide margin after a bitter fight.

- Jan Brewer was termed out of office in 2014. She is a leading supporter of President Donald Trump.

- Maricopa County Sheriff Joe Arpaio was ousted in the 2016 elections and convicted of criminal contempt of court in 2017. President Trump pardoned him within weeks of the conviction.

By the end of the decade, SB 1070 had energized a new wave of Latino officeholders and activists in Arizona.

Arizona and its Western neighbors cobbled together a water-sharing deal that pushes the tougher decisions into the 2020s. Will new water wars erupt as rapid growth confronts the unending drought?

6. THE DEATH OF JOHN McCAIN

He was a war hero, a "Lion of the Senate" and the Republican Party's presidential nominee. John McCain was a towering figure in American life. His survival of six years of brutal captivity catapulted him to the national stage – and he never left. McCain died in 2018 after a yearlong battle with brain cancer. The "straight talker" was mourned by presidents, celebrities and Arizonans from all walks of life.

RELATED: Journalists aren't supposed to get emotional on-air. Today I did.

As the decade ended, Republican control of Arizona politics began to slip. The most striking symbol: the state's first female U.S. senator, Democrat Kyrsten Sinema. The 2020 election could cement Arizona's new status as a battleground state

RELATED: Could this Phoenix-area freeway be the key to Democrats winning the 2020 presidential election?

Phoenix's Carl Hayden VA Medical Center was ground zero in 2014 for a nationwide scandal over veterans dying while waiting for care.

The scandal brought down the U.S. Secretary of Veterans Affairs and resulted in a revolving door of top executives at the top of the Phoenix VA. Congress responded with $15 billion for the VA relief budget and reforms that allowed veterans to go outside the VA for care. (Note: This story was omitted from Top 12 list on "Sunday Square Off.")

RELATED: Phoenix VA director leaving after 3 years on the job

Over the course of a decade, Arizona Public Service shed its historic image as a solid corporate citizen. In its place, the state's most powerful company has imposed its will on voters and regulators with unprecedented election spending, while falling short in serving its 1 million customers.

Nineteen Granite Mountain Hot Shots perished in that hamlet of Yarnell in 2013 when they were overtaken by a fast-moving wildfire. It was the nation's largest loss of firefighters in a single day in 80 years.

It was a flashpoint for conflict – ugly confrontations caught on camera, a record number of police shootings and a new climate of distrust on both sides.

Arizona voters' narrow approval of the medical marijuana initiative in 2010 gave birth to an industry. It's poised for a massive expansion in 2020 if voters approve legalizing recreational marijuana.

RELATED: What will it take to legalize recreational pot in Arizona?

We can't say goodbye to the 2010s without mentioning the death in 2018 of Congressman Ed Pastor, the state's first Latino congressman; the 15,000-person March for Gun Safety at the Capitol in 2018; the #MeToo movement taking down Arizona lawmaker Don Shooter; and Arizona State University booming under President Michael Crow. 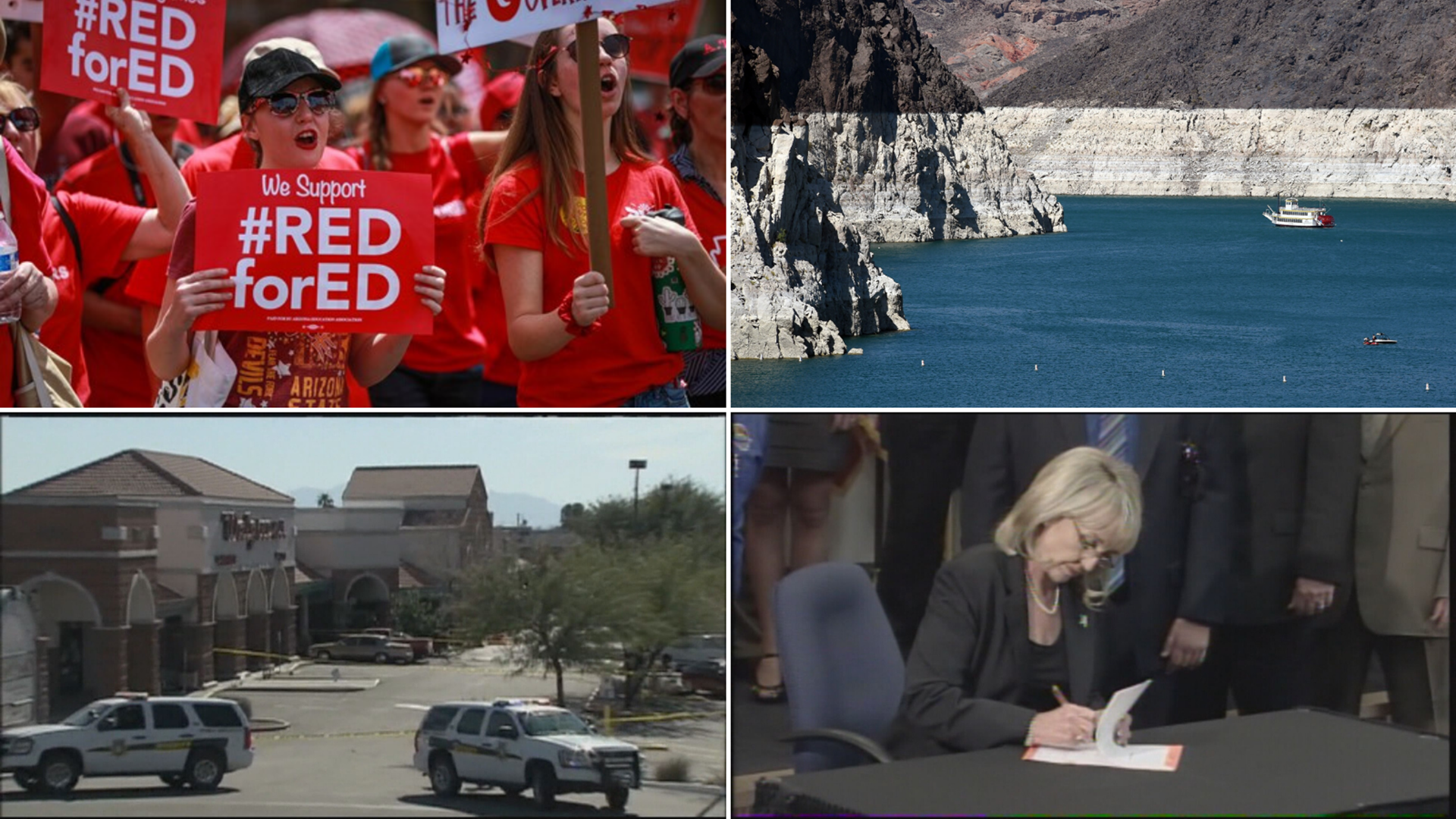