Democrat Adrian Fontes was elected to run county elections. So why isn't he doing that anymore?

Republican-controlled Maricopa County Board takes reins of 2020 vote. Fontes says on 'Sunday Square Off' it's good to have a 'nonpartisan' elections overseer. 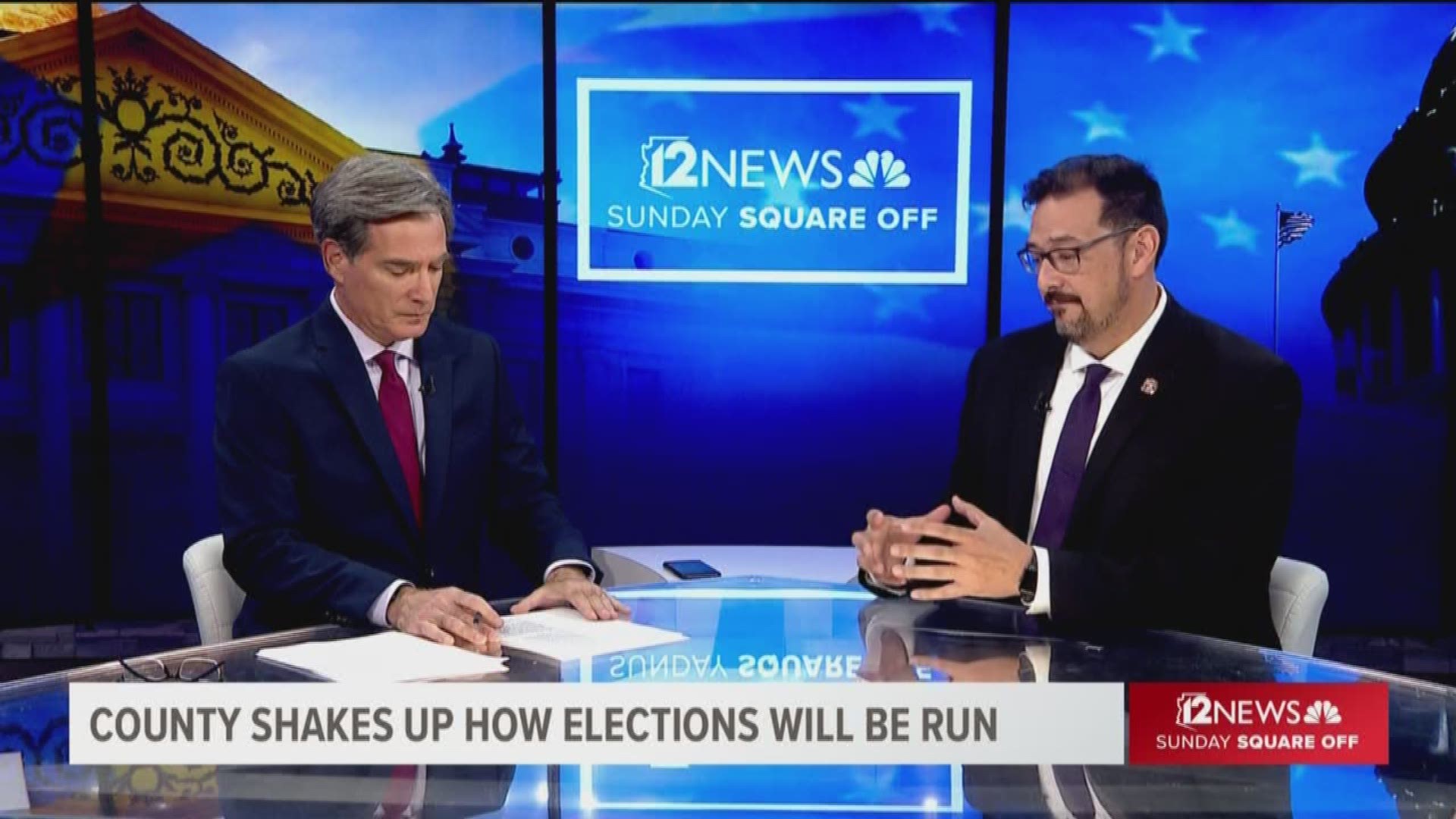 In the wake of Maricopa County’s presidential primary fiasco in March 2016, Democrat Adrian Fontes won the race that November to serve as the county’s top elections official.

But when the next Arizona presidential primary rolls around in March 2020, Fontes won’t be running the election -- or the August primary or the November general election.

The Republican-controlled Maricopa County Board will be in charge.

On this weekend’s “Sunday Square Off,” Fontes explains the handover as a vital switch to “nonpartisan” management of county elections.

Fontes, who won his first race for public office in 2016, said the transition was amicable and well thought out.

I expressed my skepticism about the new arrangement and Fontes’ belief that election management can be nonpartisan during the hyperpartisan era we live in.

Fontes was the first Democrat in decades to serve as the county’s top elections official.

The design of Maricopa County voting districts virtually assures a Republican majority on the five-member County Board, giving Republicans control of county elections for the foreseeable future.

As in 2018, Arizona will once again be a battleground state in 2020, with Republicans defending a U.S. Senate seat and the White House.

President Donald Trump was paying attention in 2018, as the U.S. Senate race between Kyrsten Sinema and Martha McSally took several days to decide.

Trump made unfounded claims of “electoral corruption” and even floated a call for a re-vote.

-The County Board will oversee Election Day and emergency voting, taking that away from the county recorder’s office. That includes managing polling places, equipment, poll workers, and the ballot count

-The county recorder will be responsible for voter registration and early voting, which usually accounts for 70 to 75 percent of all ballots cast.

-The board approved $6.1 million to lease a new system to count votes and approved 26 new positions for the elections office.

"I am encouraged that elected officials with differing political affiliations have been able to find common ground on the organizational structure of our elections, an issue of critical importance to the nation's fastest-growing county."