Bill would end universities' monopoly by letting community colleges award bachelor's degrees. Students in rural areas could benefit the most. 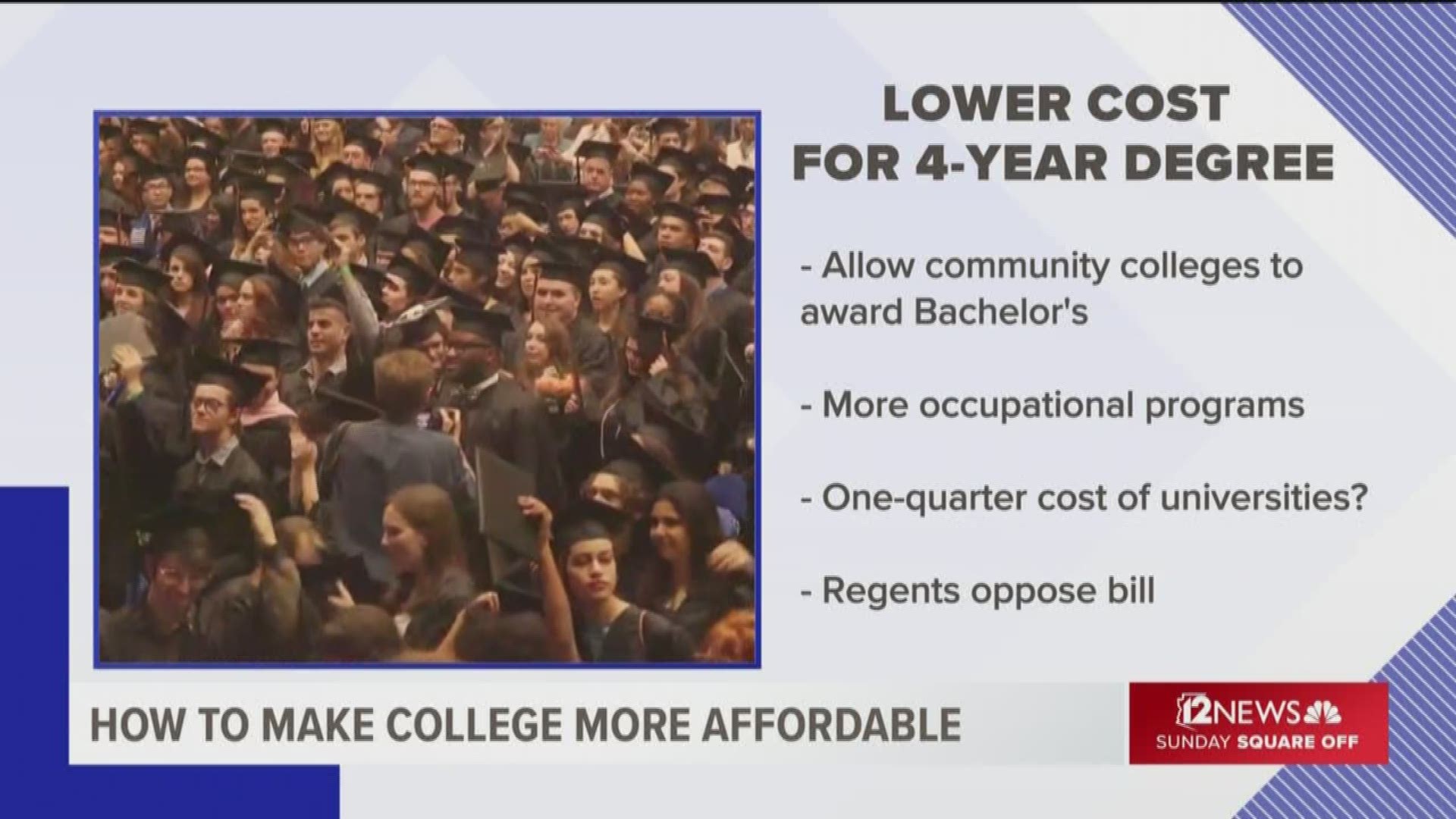 PHOENIX — Soaring debt for college graduates is one of the leading issues in the presidential campaign.

Here in Arizona, tuition at the "Big 3" public universities more than quadrupled in 15 years.

A bill moving through the Legislature would end the three public universities' monopoly on four-year degrees by opening the door to publicly-funded competition at a lower price.

On this weekend's "Sunday Square Off," Republican State Rep. Becky Nutt of Clifton explains the need for her bill allowing the state's community colleges to offer four-year degrees for as little as $10,000 - 25 percent of the cost at a Big 3 school and closer to home for rural residents.

Under state law, Arizona State, Northern Arizona University and the University of Arizona are the only publicly-funded schools allowed to offer four-year degrees.

The House of Representatives passed the bill last week on a vote of 42-18. It now moves on to the state Senate.

The Arizona Board of Regents, the governing authority for the three public universities, opposes the bill. It argues the universities already partner with community colleges on four-year degrees.

Some lawmakers question whether the community colleges will seek more public funding, in the form of higher property taxes, to expand their offerings.

A new tax on high-earners for Arizona schools? We’ve got some questions.