Company CEO deleted social media account showing support for baseless claims. Senate leader who hired firm: "Is no one allowed to say anything?" 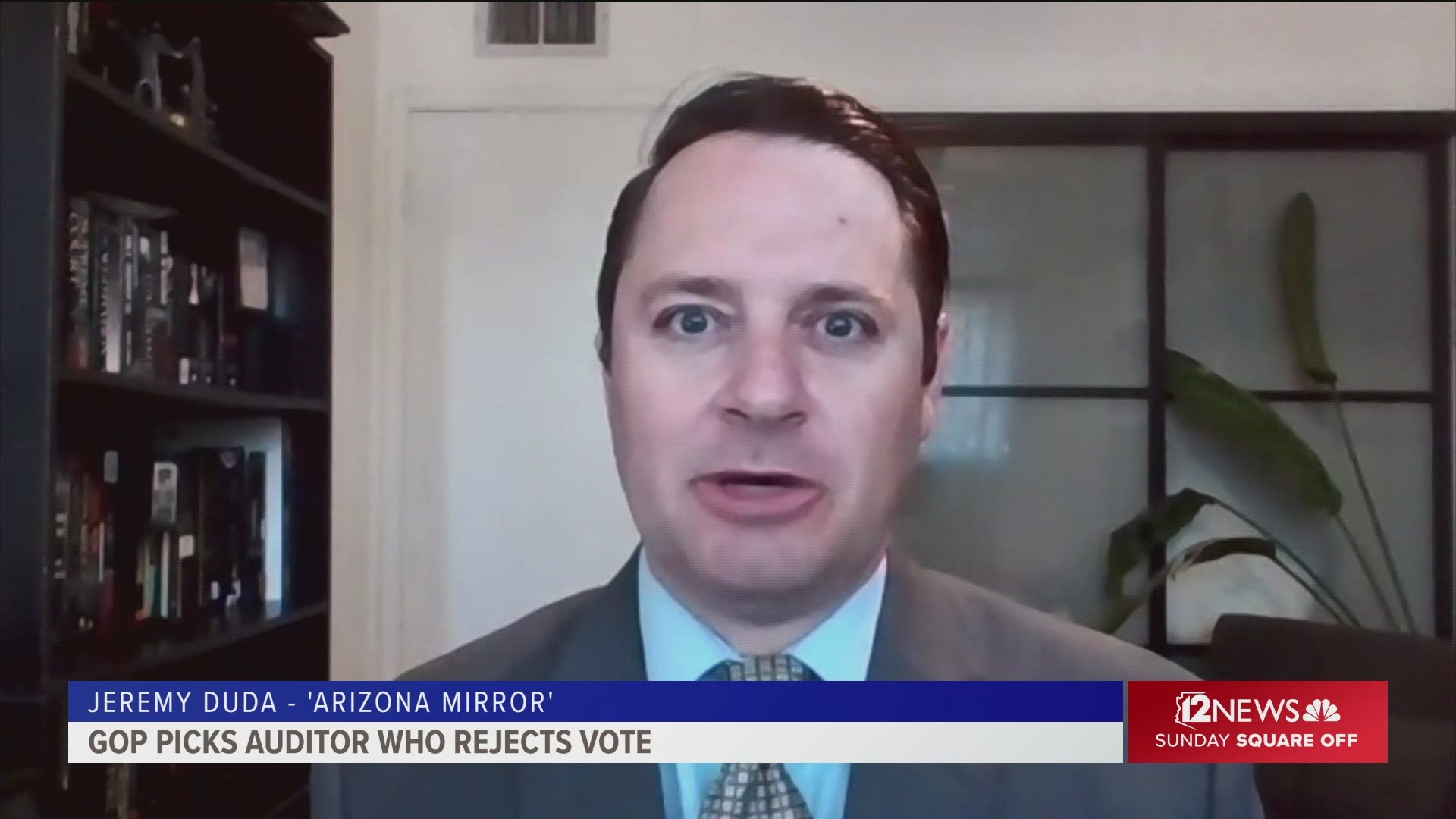 PHOENIX — Arizona's Senate Republicans have signed a $150,000 contract for a 2020 election audit with a Florida company whose chief executive has promoted election conspiracy theories.

On this weekend's "Sunday Square Off," Arizona Mirror reporter Jeremy Duda explains how the audit grew out of GOP senators' desire to dig up evidence of fraud in the Maricopa County presidential results before the election was certified by Congress Jan. 6.

In the five months since the election, there has been no documented evidence of wrongdoing. Two independent auditors hired by the county found no problems with the election equipment.

This is the second time Senate President Karen Fann of Prescott has lined up Trump-aligned auditors. The first hiring, announced in January, fell through three days later.

Duda has followed the story since the Nov. 3 election.

He was the first to report last week on the social media history of Doug Logan, chief executive officer of a company called Cyber Ninjas.

Cyber Ninjas will lead a team of four companies. None appear to have experience auditing elections.

Here's one of Logan's retweets:

"I'm tired of hearing people say there was no fraud. It happened, it's real, and people better get wise fast."

Under terms of his contract, Logan said his auditors might show up at voters' homes to ask questions, as they examine so-called "anomalies" in the election.

"Just because somebody found some Tweet that's within some archive program that none of us ever would have done it (the search) doesn't mean anything," Fann said. "Is no one allowed to say anything?"

Fann has said several times over the last few months that the auditor would be "independent."

Fann's more immediate problem is a lack of space to house the 2.1 million election ballots and ballot-counting equipment that it successfully subpoenaed for an audit.

Maricopa County's lawyer says that under terms of the court order, the Senate has to find the space. The county won't allow the work to be done at its election headquarters.

On Sunday, the Washington Post editorial page ripped the hiring in Cyber Ninjas as "a pathetic attempt to muddy the waters when the truth is clear and obvious to any reasonable observer."

In a statement to 12 News, Dominion Voting Systems, which leases the ballot-counting equipment to the county, slammed the auditor as "beyond biased":

""The firms selected to conduct this audit are beyond biased. Publicly available information shows they are led by conspiracy theorists and QAnon supporters who have helped spread the Big Lie. Dominion supports all forensic audits conducted by independent, federally-accredited Voting System Test Labs – but this is not that. Over a thousand independent audits and recounts have taken place across the country since Election Day, and they all demonstrated the accuracy and reliability of our voting systems."

Dominion has sent a cease-and-desist letter to Arizona Republican Party Chair Kelli Ward, warning of an "imminent" lawsuit based on what Dominion says are defamatory statements.

Arizona GOP chair Kelli Ward got 'cease & desist' letter from Dominion Voting Systems sent to her home. Yet her Dominion 'expose' is still up on @AZGOP YouTube page. https://t.co/9nTF3d4VxG pic.twitter.com/j7CtxvW61u 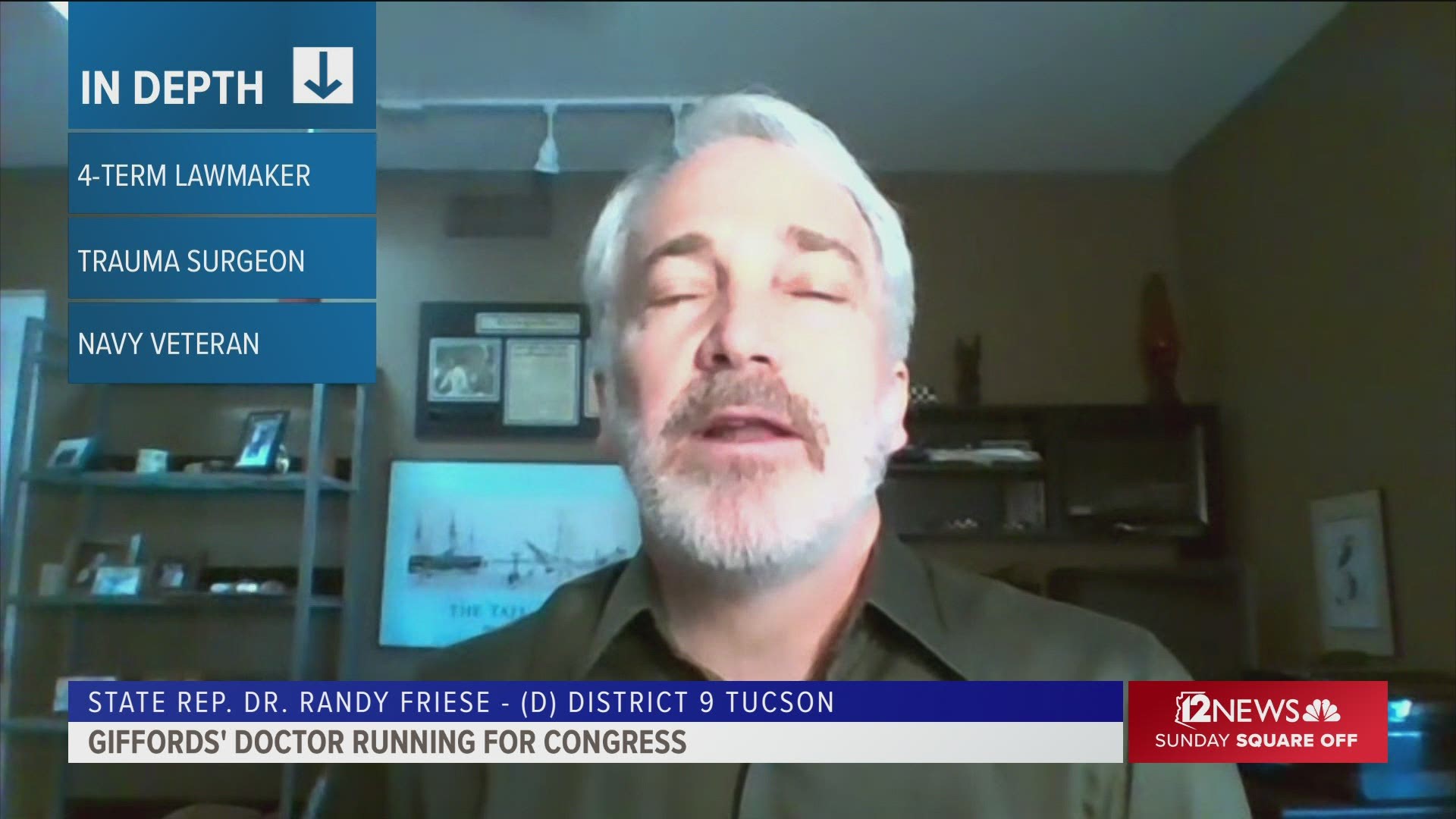