'If you don't vape, please don't start,' Dr. Cara Christ says. There are 380 cases of vaping-related illnesses nationwide, but none are confirmed in Arizona yet. 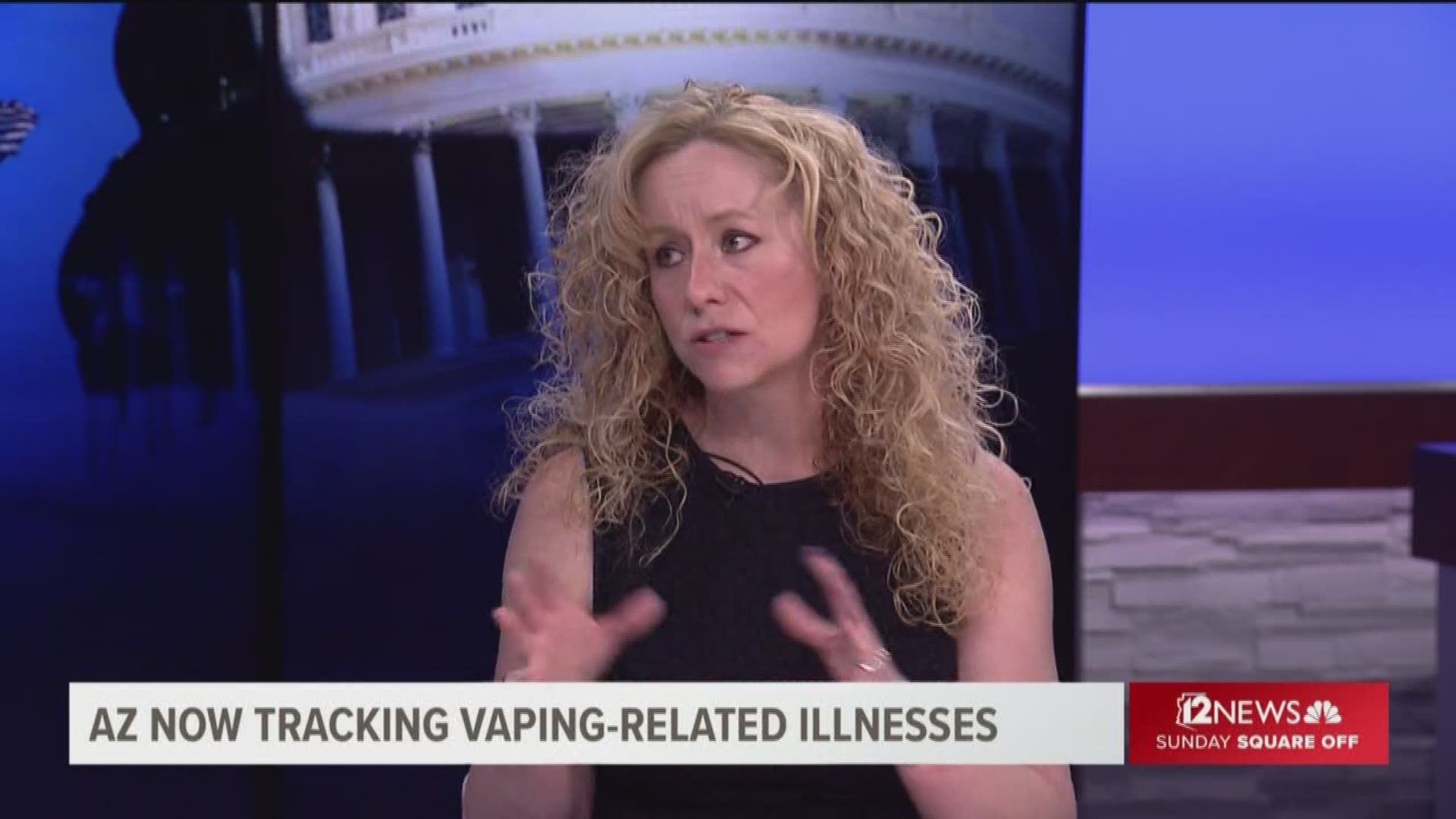 PHOENIX — Arizona's health services director says we should see the first confirmed cases of vaping-related illnesses in the state this week, after six deaths nationwide linked to the use of e-cigarette products.

Two major hospital networks in the Valley have issued "vaping alerts," urging people who inhale vaporized nicotine or THC -- the active ingredient in marijuana -- to either stop or cut back.

On this weekend's "Sunday Square Off," Dr. Cara Christ, Arizona's director of health services, offered her own advice to people who use e-cigarettes.

"If you don't vape, please don't start," she said. "If you do vape, don't modify your cartridge or your device. Make sure you're buying them intact or over the counter and not getting them from sources that aren't legitimate." 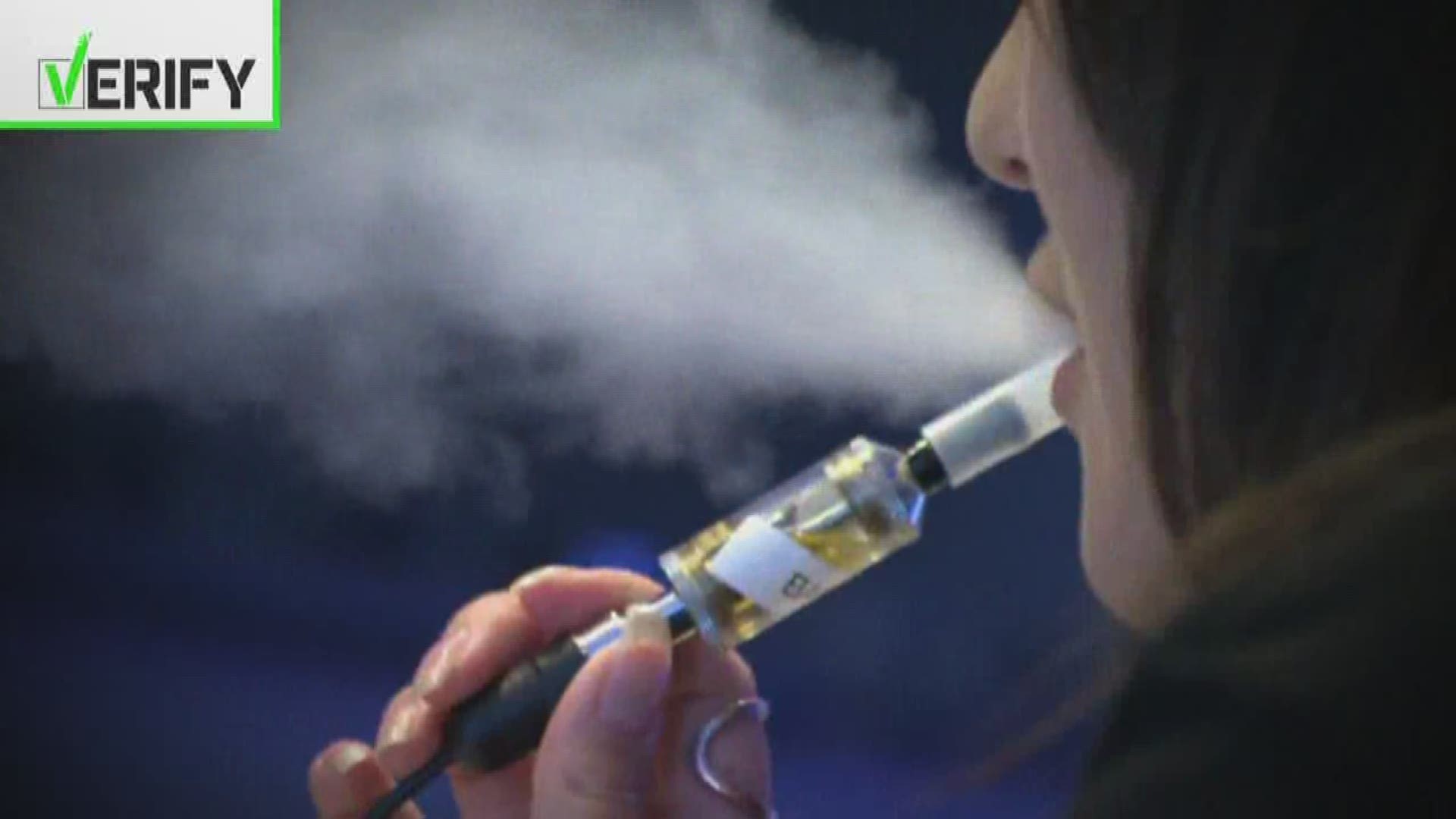 RELATED: Ask a doctor: What to know about vaping after 6 American deaths

Christ's comments reflect a concern that some of the lung illnesses are the result of e-cigarette users buying a black-market cartridge that vaporizes.

The national Centers for Disease Control and Prevention reported late last week that there were 380 confirmed or probable cases of lung disease in 36 states ties to the use of e-cigarettes.

RELATED: On the Mark: There's a bigger danger to children than vaping that we're failing to address

So far, there are no confirmed cases in Arizona, but county health officials have just begun to use a common set of definitions to diagnose the illnesses.

If you believe vaping is making you sick, call the Arizona Poison and Drug Information Center.

Here are resources For parents and students.

"Sunday Square Off" airs at 8 a.m. Sundays on 12 News, after NBC's "Meet the Press" with Chuck Todd.