Republican Debbie Lesko, a former state legislator, and Democrat Dr. Hiral Tipirneni, a political newcomer, are both vying for the open seat in the heavily Republican Eighth Congressional District.

The two candidates running to replace a disgraced Arizona congressman engaged in a heated back-and-forth in their first debate, on this weekend's taping of "Sunday Square Off."

It's the latest in a string of legislative elections this winter and spring that are viewed as a referendum on President Donald Trump. Trump won the district by 20 points in 2016.

The debate covered a wide range of issues from Trump's policies and behavior to health care, immigration and more.

The "Sunday Square Off" debate was livestreamed Friday morning.

The web version of the show includes a longer final segment that had to be trimmed for length in order to air Sunday morning.

The deadline to register to vote in the special election is midnight Monday.

The winner of the special election will have to stand for re-election in the August primary and November general election.

Impact of Trump policies and behavior

Republican Debbie Lesko explains whether she's comfortable with President Trump's policies and behavior. Democrat Hiral Tipirneni tells us where she fits on her party's ideological spectrum, and why she thinks she can win a deep red district. 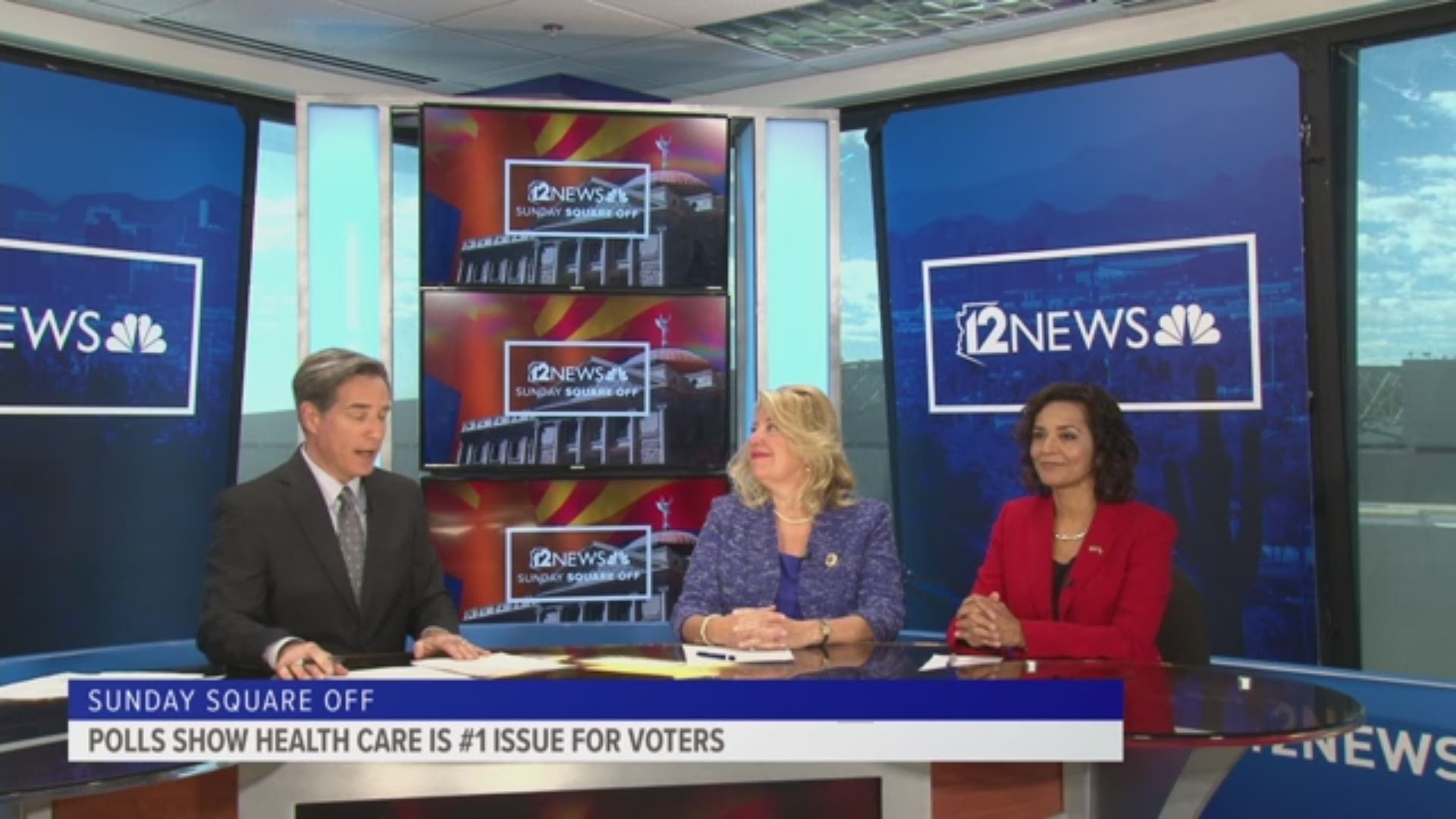 Where the candidates stand on health care, spending 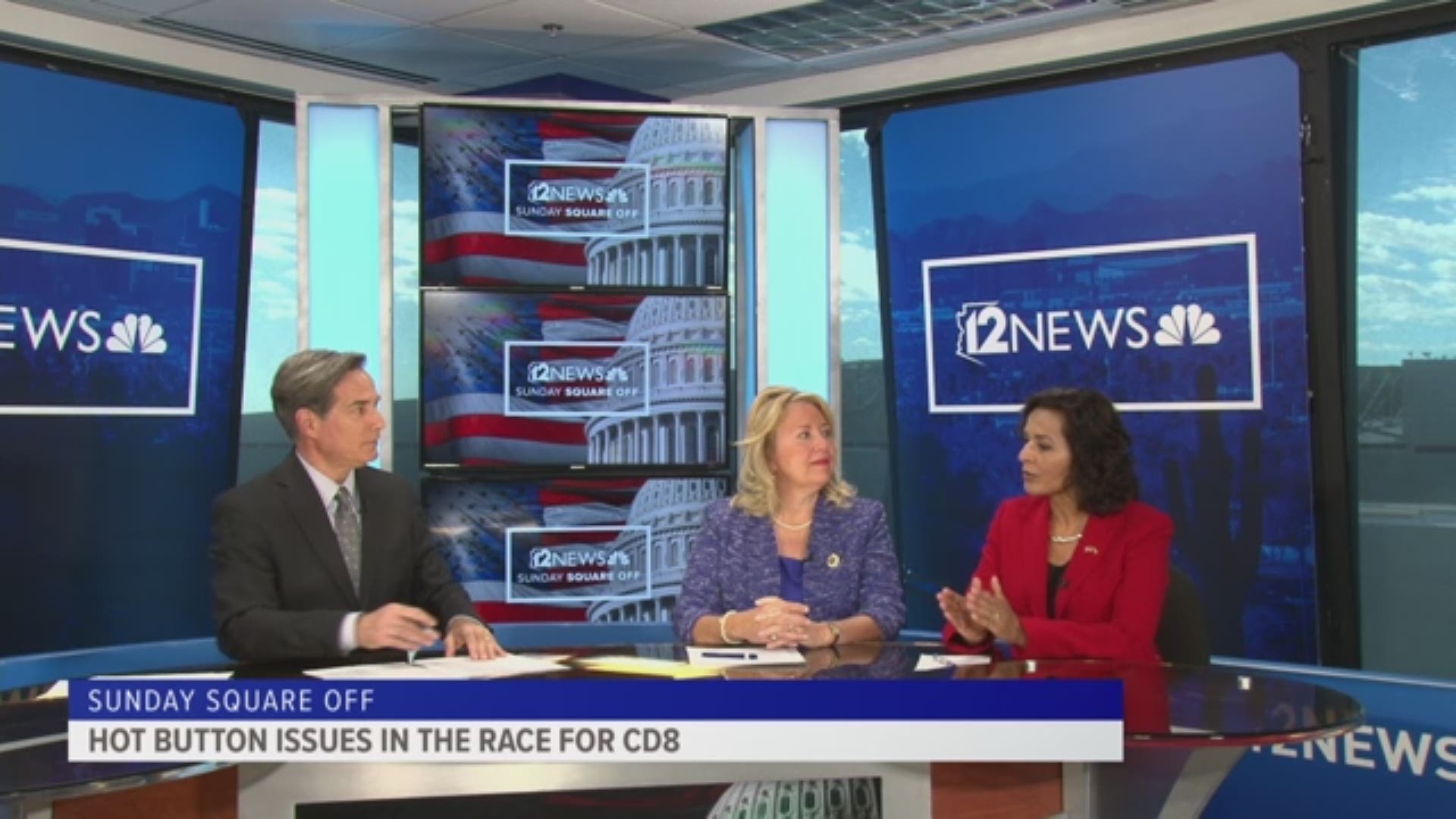 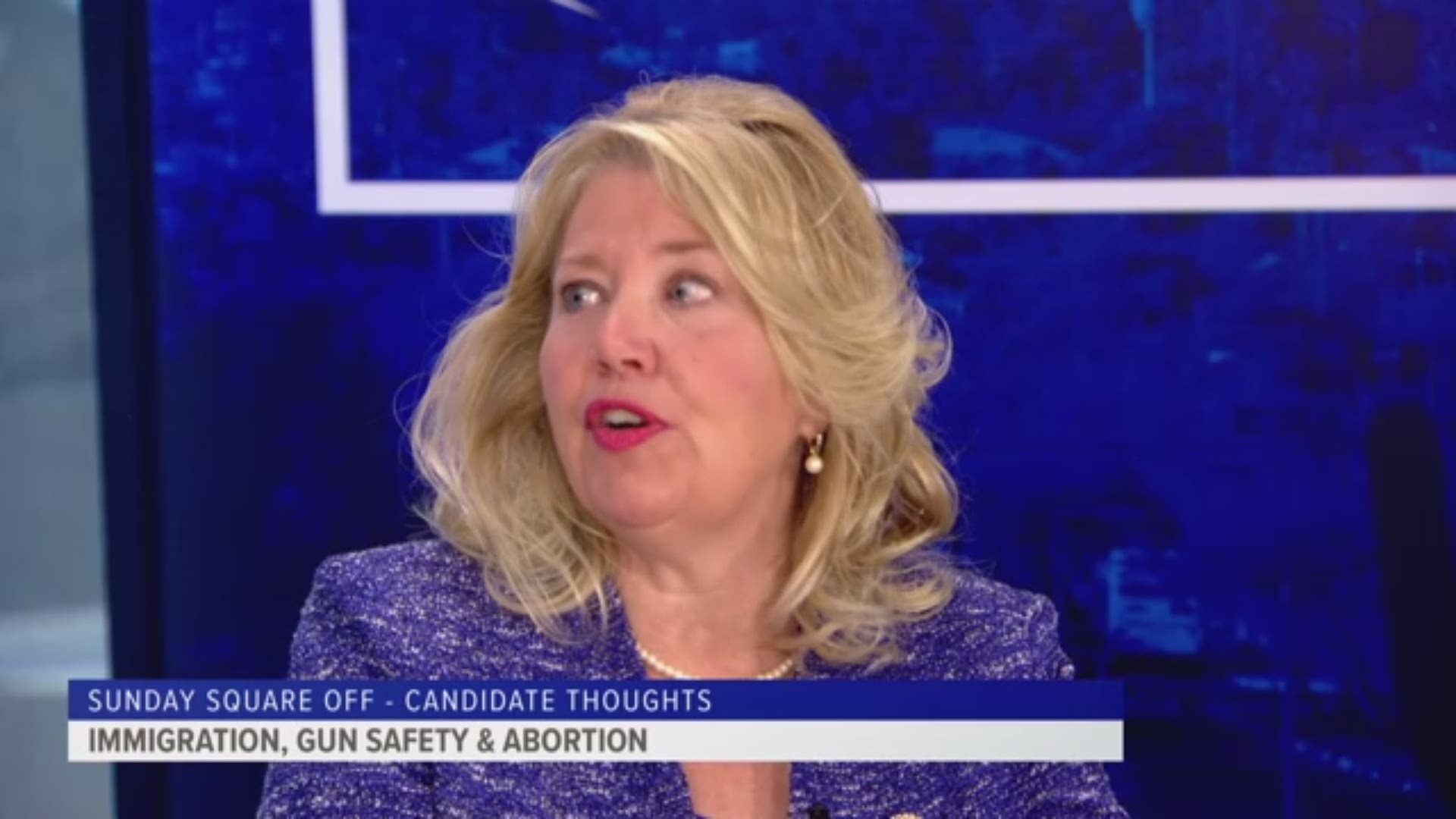 Immigration. Gun safety. Abortion. And a campaign ad Debbie Lesko really doesn't like. The candidates engage in a free-for-all. This online version of the fourth and final "Sunday Square Off" segment contains the full segment recorded during Friday's livestream. It was trimmed for length in order to be broadcast Sunday, March 25 on 12 News.