What would it take to trigger Arizona crackdown on abortions? Also on 'Sunday Square Off,' what Dems want in state budget and why AZ inmates are being hounded to pay prison medical bills 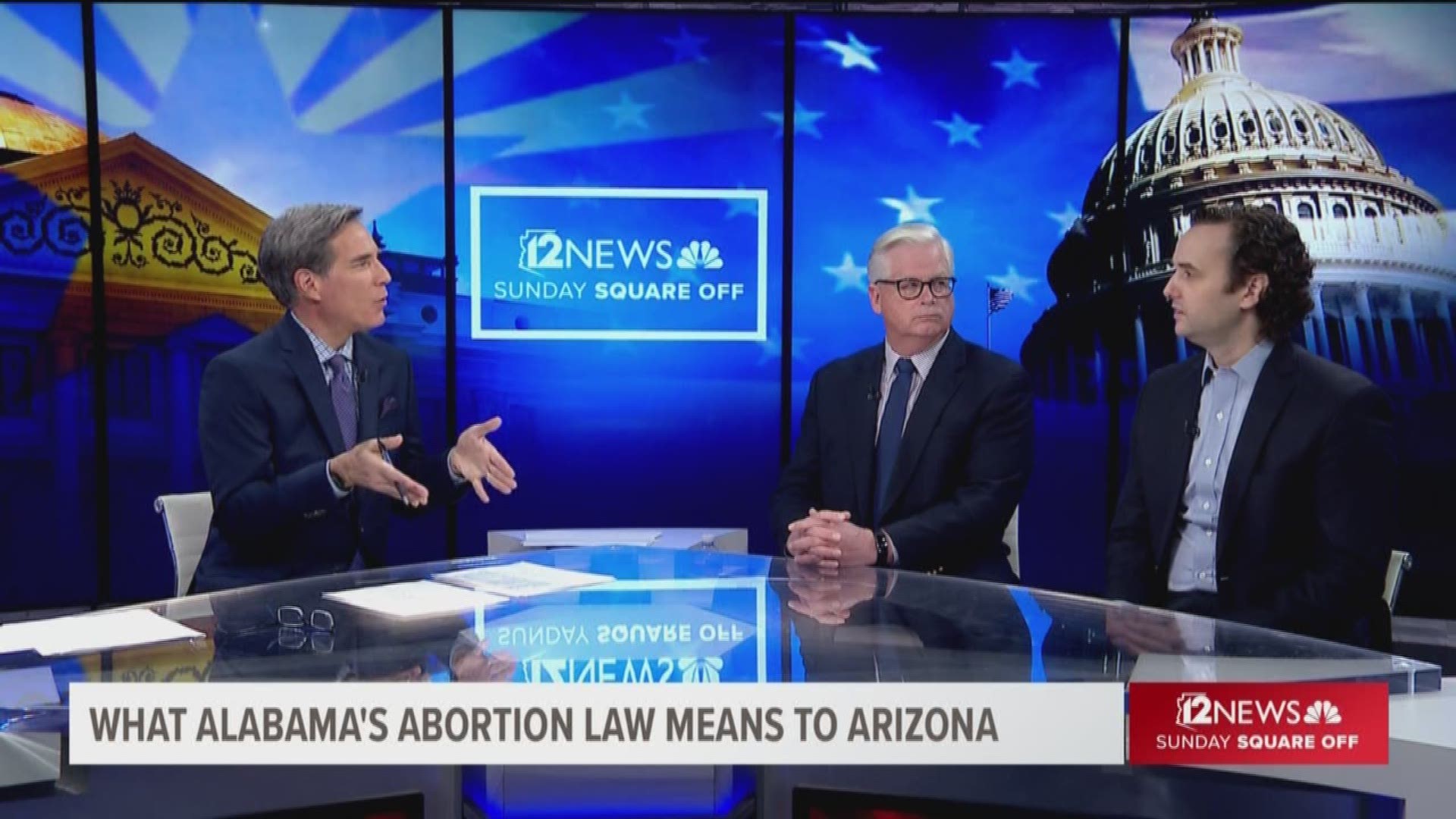 PHOENIX — Arizona has an inactive abortion ban on the books. What would it take for the ban to become active and prosecutions to begin?

On this weekend's "Sunday Square Off," two legal analysts take a closer look at whether the U.S. Supreme Court would take up Alabama's new abortion ban - the toughest in the country - as part of a rollback of Roe vs Wade; whether Arizona's abortion ban could be triggered; and what the abortion issue could mean for the 2020 U.S. Senate and presidential elections in our state.

I'm joined by Kory Langhofer, an attorney at Statecraft in Phoenix who's represented Republican candidates and causes; and Thomas Ryan, a lawyer in private practice in Chandler who's been active on the Democratic side.

Also on "Square Off":

-Republican leaders of Arizona's House and Senate say their state budget plans could get public hearings this week. Given their small majorities in both chambers, will the GOP need help from Democrats to pass the spending measures? Two leading Democrats tell us what they'd want to see in the budget. I'm joined by State Rep. Randy Friese of Tucson, assistant minority leader in the House, and State Sen. Martin Quezada of west Phoenix, minority whip in the Senate.

-Arizona prison inmates aren't supposed to pay for their medical care. Taxpayers foot the bill -- almost $200 million a year. So why are some inmates being hit up by debt collectors for unpaid medical bills? We'll hear from KJZZ radio reporter Jimmy Jenkins, who broke the story.

"Sunday Square Off" airs at 8 a.m. Sundays on 12 News, after NBC's  Meet the Press" with Chuck Todd.