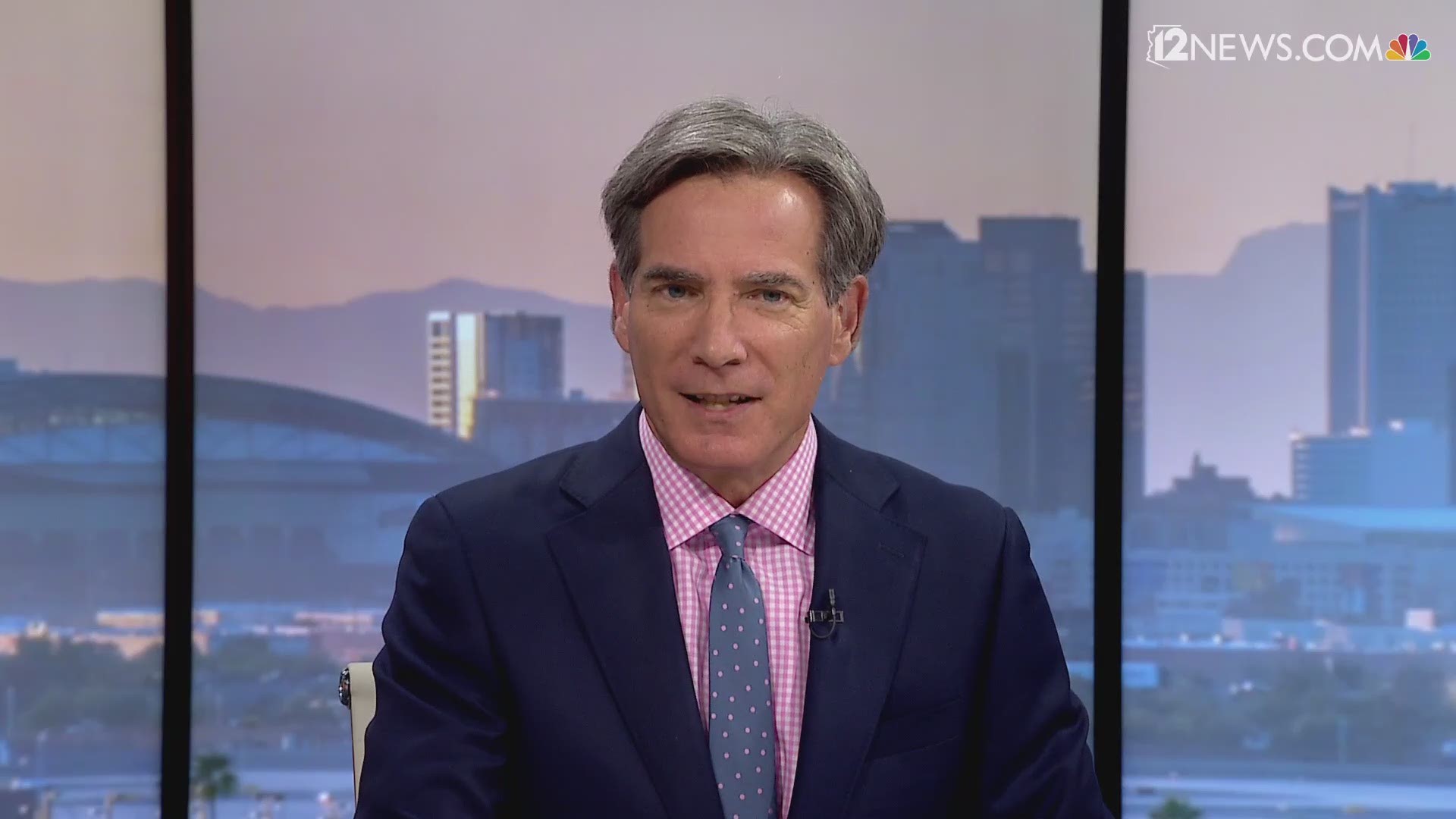 It's the latest sign that Republicans are in danger of losing their grip on a state that's been reliably red for decades.

Also, on this weekend's online edition of "Sunday Square Off," a former Republican House speaker and chief of staff  to Gov. Doug Ducey raises questions about how long GOP Sen. Martha McSally will remain a viable candidate in the eyes of financial backers.

"By the time you get to Labor Day, if Martha McSally is well outside the margin of error (in polling), decisions will have to be made from outside groups about how much money they're going to spend," said Kirk Adams, now president of Consilium Consulting in Phoenix.

The new polls, from NBC News/Marist and CNN, show:

Presidential race: Former Vice President Joe Biden has a lead of 50 percent to 45 percent over President Donald Trump among registered voters in the NBC News/Marist poll.

The CNN poll, also a survey of registered voters, shows Biden favored by 49 percent of respondents, Trump by 45 percent.

In 2016, Trump defeated Democrat Hillary Clinton by 3.5 points in Arizona.

A Democratic presidential candidate has won the state just once in the last 72 years - Bill Clinton in 1996.

U.S. Senate race: Both polls show Democrat Mark Kelly with commanding leads over McSally that are well outside the surveys' margin of error.

NBC/Marist shows Kelly in the lead by 12 points, 53 percent to 41 percent. CNN has Kelly up by seven points, 50 percent to 43 percent.

The CNN survey asked a question about the Republican governor's handling of the pandemic: 30 percent of respondents agreed the governor was "doing everything he could to fight the outbreak." Sixty-six percent said the governor "could be doing more."

On this weekend's 'Sunday Square Off'

On a special online edition of "Sunday Square Off," Kirk Adams is joined by Democratic election law attorney Roy Herrera to discuss some of the top primaries on the Aug. 4 ballot, in addition to the McSally race:

It's one of the most closely watched and most expensive primaries on record: a leading Republican social conservative challenging one of the party's few moderates at the Capitol. What led up to the intra-party war between Nancy Barto and Heather Carter?

-One of the Capitol's staunchest social conservatives is challenging one of the few remaining moderate Republicans in the LD15 state Senate primary. Adams says the battle between State Rep. Nancy Barto and State Sen. Heather Carter has been building for years. 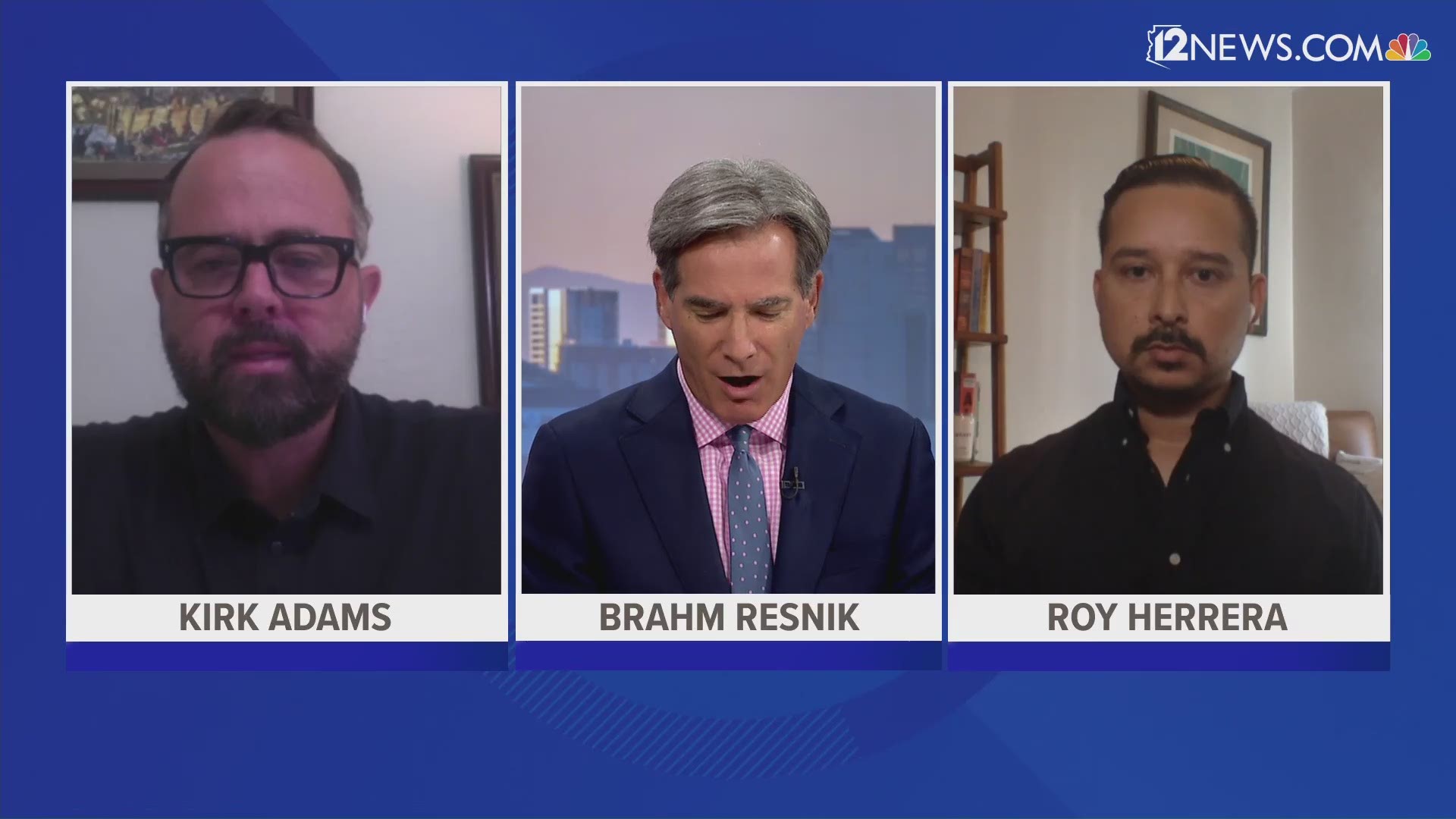 Joe Arpaio wants his old job back. Do Dems want him on the ballot?

Former Sheriff Joe Arpaio wants his old job back. He'll need to defeat his former top deputy and a law enforcement veteran to advance to a rematch against Democratic Sheriff Paul Penzone. Do Democrats want to see Arpaio back on the ballot? We also look at some off-the-radar primaries.

-Former Sheriff Joe Arpaio wants his old job back. He'll need to defeat his former top deputy and a law enforcement veteran to advance to a rematch against Democratic Sheriff Paul Penzone. Do Democrats want to see Arpaio back on the ballot? We also look at some off-the-radar primaries.

"Sunday Square Off" returns next Sunday at its regular time of 8 a.m. on 12 News. 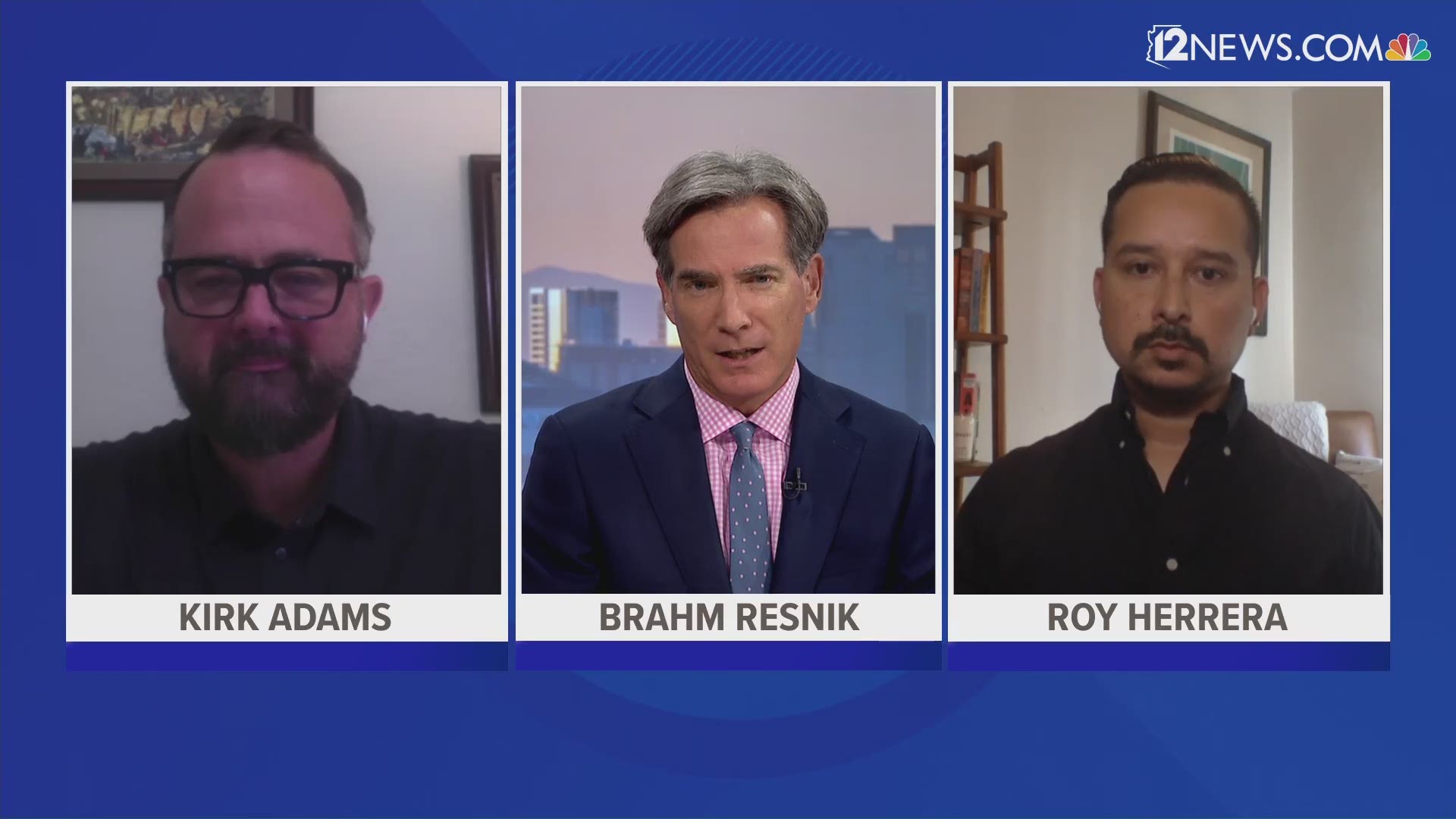