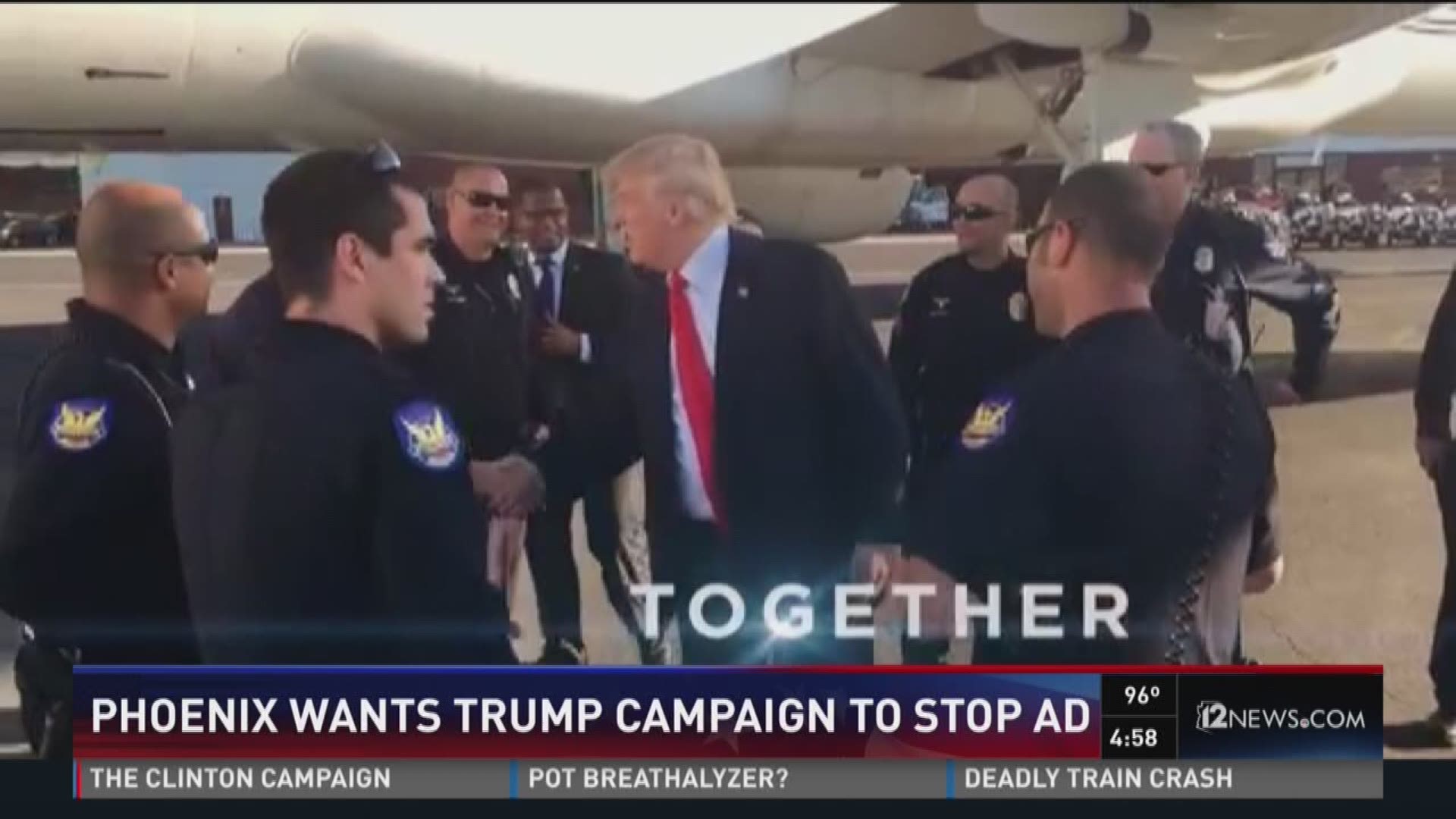 "It's been the longstanding policy of the City of Phoenix that the city logo can't be used in any political advertising," Stanton said. "On duty Phoenix professionals, whether it be police officers, firefighters or any other city employee can't, while they're on duty, be utilized in any kind of political advertising."

The 30-second ad features Trump on the tarmac at Sky Harbor International Airport, shaking hands with Phoenix police officers. The city said those officers were merely there as part of their duties to help provide security for Trump, and did not know they were being photographed.

City Attorney Holm's letter also said those officers did not agree to participate in any campaign ads for Trump.

"The Donald Trump campaign unfortunately utilized on-duty Phoenix police officers in a way that made it look like there was an endorsement," Stanton said.

The Trump campaign has not responded to requests for comment.

The cease and desist letter demanded that ad be taken down the same day. Friday afternoon, that ad was still available online.