Green Party candidate Angela Green is getting out of the race. Green may have been pulling support from Sinema in the toss-up race. 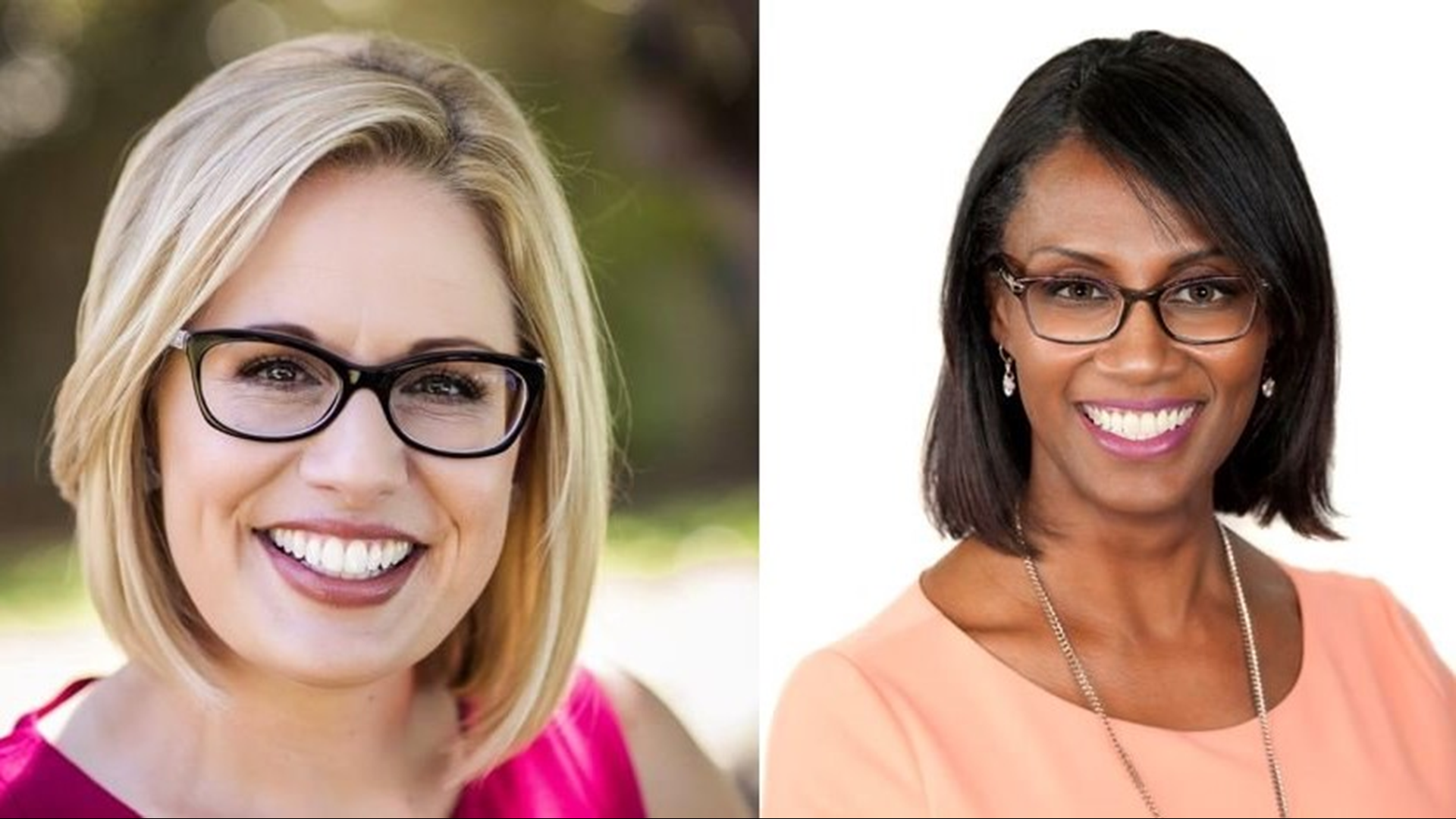 The Arizona Green Party's U.S. Senate candidate told 12 News Thursday she is getting out of the race and throwing her support to Democratic Congresswoman Kyrsten Sinema.

The decision, just five days before the election, could remove a potential obstacle for Sinema in her toss-up race against Republican Congresswoman Martha McSally.

The Green Party candidate, political newcomer Angela Green, has garnered up to 6 percent of the vote in recent polls. Polling averages show McSally and Sinema separated by a point or two.

Green's message to her supporters: "I want them to vote for a better Arizona, and that would be for Kyrsten Sinema.... What I'm looking to do to help Arizona become more green again. After watching the debates and seeing everything, Sinema's stance on a lot of things are very close to mine."

Green Party voters' values have been more closely aligned with Democrats than Republicans. Third-party votes also tend to be protest votes against the mainstream candidates.

Green said the decision to endorse Sinema wasn't an easy one.

"I have to make the decision that makes sense," she said. "I can't go up against two people who have spent $50 million on their campaigns."

An estimated 60 percent of all votes in Arizona's 2018 mid-term election have already been cast via mail-in ballot.

Green's name will remain on the ballot.

Under Arizona law, she qualified for the ballot by winning the Green Party primary in August, with 389 votes.

Green said her exclusion from the lone U.S. Senate debate Oct. 15, broadcast on PBS station Channel 8, removed any hope she had of sharing her message with a wide audience.

"I was denied that at PBS that day ... and was escorted out and wasn't able to do my free election, free campaign, free anything," Green said.

"It was really disheartening to me... I wanted to represent the voice of those who are tired of the nonsense."

In an NBC/Marist poll released this week, Sinema’s six-point lead over McSally shrank to three points when pollsters asked respondents about Green.