Since taking office, Penzone did away with some Arpaio-era policies, including the closing of "Tent City." 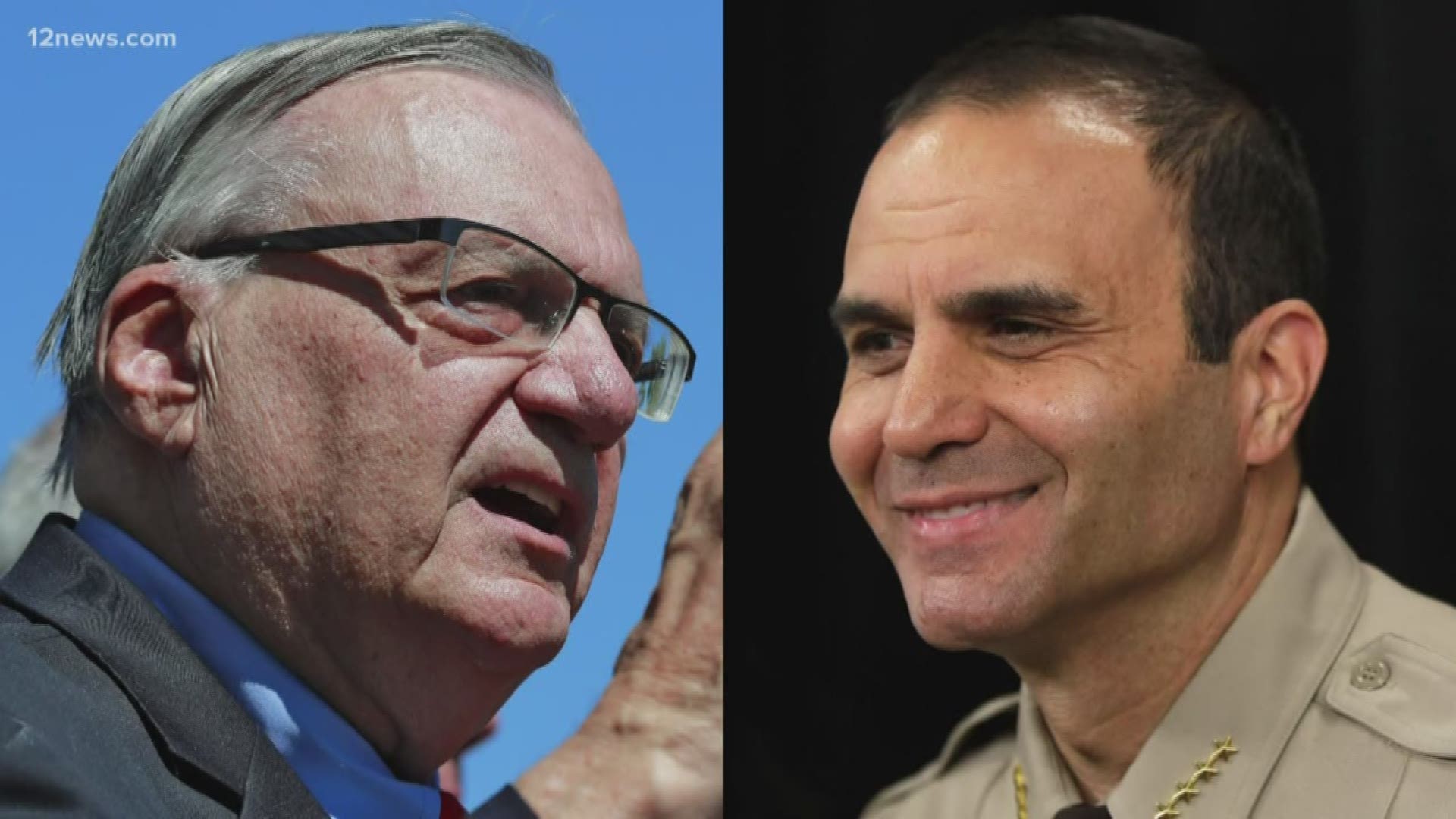 PHOENIX — Sheriff Paul Penzone said the Maricopa County Sheriff's Office is a "hundred times better today than we were three years ago."

"I took over an office where I had to run this office with one hand tied behind my back," Penzone said, "with two federal court orders, $125 million in lawsuits and legal fees and climbing from that action and dysfunctional leadership."

Penzone said he wants to focus on the task at hand, of leading the Maricopa County Sheriff's Office. However, in August, Former Sheriff Joe Arpaio announced he will run for his old seat and a return to his old policies.

RELATED: Joe Arpaio announces he will make another run for Maricopa County sheriff

"Everyone in the community knows the history of our office, they know where we are now and how much better we are because of the changes," Sheriff Penzone said.

Since taking office, Penzone did away with some Arpaio-era policies, including the closing of "Tent City."

"Tent City is a political ploy. It is not a public safety benefit," Penzone said. "Our jails are safer now than they were before. Less contraband is coming through since we closed Tent City."

When Penzone closed Tent City, he pointed to saving money as well.

"That’s his rationale, not mine," former Sheriff Joe Arpaio said. "It’s a deterrence when people say they will never want to come back."

There is no hard evidence 12 News could find at the time of publication proving tent cities were actually a deterrent.

RELATED: Penzone: Tent City will be used for counseling programs

Arpaio said he is committed to winning the position he held for 24 years "I'm not taking any prisoners, I'm here to get my office back and all my policies that he eradicated."

Arpaio said many of his policies were changed by Penzone because they were instituted by the former sheriff.

In interviews and the press release detailing his plans to run, Arpaio said he wanted to bring back his "popular" policies such as Tent City and strengthen the posse to its former strength. He also described in some interviews crime as "rampant" in the county.

"For someone who tries to find a stat, use it for their benefit to evoke fear, that to me is an act of desperation to scare people to change their vote," Penzone said.

Arpaio Tuesday that he "laugh(ed)" at Penzone's claims that things are better now than they were during his 24-year run as county sheriff.

Penzone defeated Arpaio in 2016. Arpaio was convicted of a misdemeanor (later pardoned by President Donald Trump) while his office was responsible for the shelling out of more than $100 million in lawsuits.

Arpaio Tuesday blamed a biased judge for his conviction, and a lack of willingness to fight many lawsuits for the high payout.

"We’ve seen their type of leadership it led us to where we are." Sheriff Penzone said about the polices of his potential Republican challengers, including Arpaio's former deputy Jerry Sheridan.

The election for Sheriff is not until next November.