Joe Biden endorsed Kyrsten Sinema in her 2018 U.S. Senate campaign and backed that up with a Phoenix fundraiser. 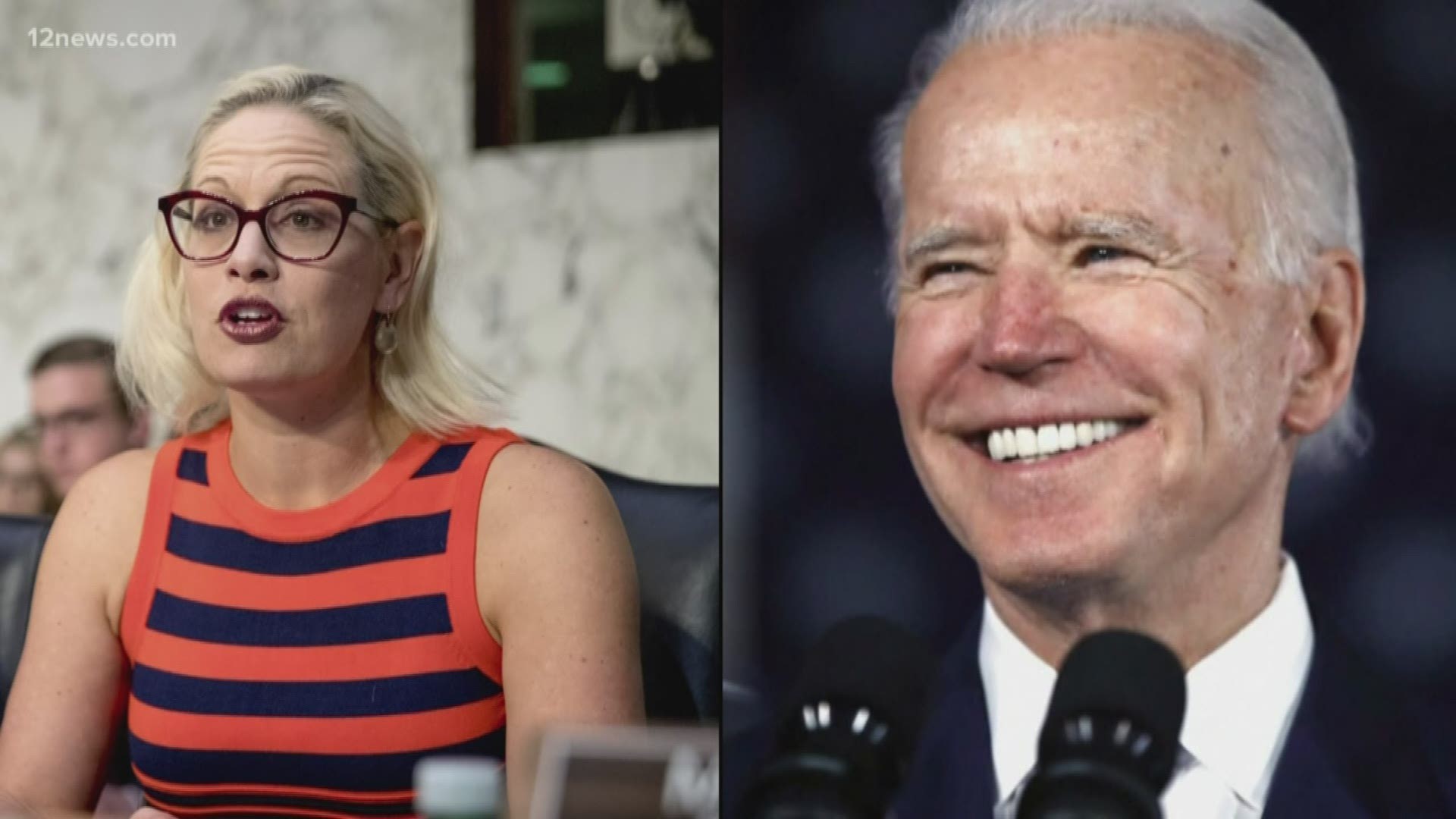 Sinema's support for Biden could help solidify his appeal to moderate voters in Arizona's March 17 primary.

It comes as Democrats rally to Biden's side after his victories in a string of primaries over the last several days have shrunk the presidential field.

The endorsement is somewhat of a surprise, given Sinema's habit of steering clear of most partisan races. But she and Biden share a connection.

Biden is "a pragmatic, practical leader best positioned to get things done for everyday families. We certainly don't agree on every issue; I always vote for Arizona first. Vice President Biden is authentic, genuine, and has a track record of building bipartisan coalitions to achieve results. Not all candidates in this race represent those Arizona values. Joe Biden does."

Sinema's language in her Biden endorsement reflects their shared appeal to independent voters.

Indeed, Sinema echoes what Biden said about her in his 2018 endorsement of Sinema's U.S. Senate campaign: She was "working past party labels to get things done for Arizona families."

Sinema, a Phoenix Democrat, has crafted an image as an independent voice during three terms in the House of Representatives and her first 13 months in the U.S. Senate.

The statement is also a shot at fellow Sen. Bernie Sanders of Vermont, Biden's top rival for the Democratic presidential nomination.

On Wednesday, Sanders' campaign went on TV with its first Arizona ad ahead of the March 17 primary. The ad says Sanders has a plan to help Arizona deal with climate change.

But Sinema has a history with Biden.

He endorsed her 2018 U.S. Senate campaign and backed that up with a Phoenix fundraiser.

Sinema has claimed she's following in the independent footsteps of former Sen. John McCain.  Biden served in the U.S. Senate alongside McCain and was a friend of the late senator's for 40 years.

McCain daughter Meghan McCain, a co-host of "The View" on ABC, is a big fan of both Sinema and Biden.