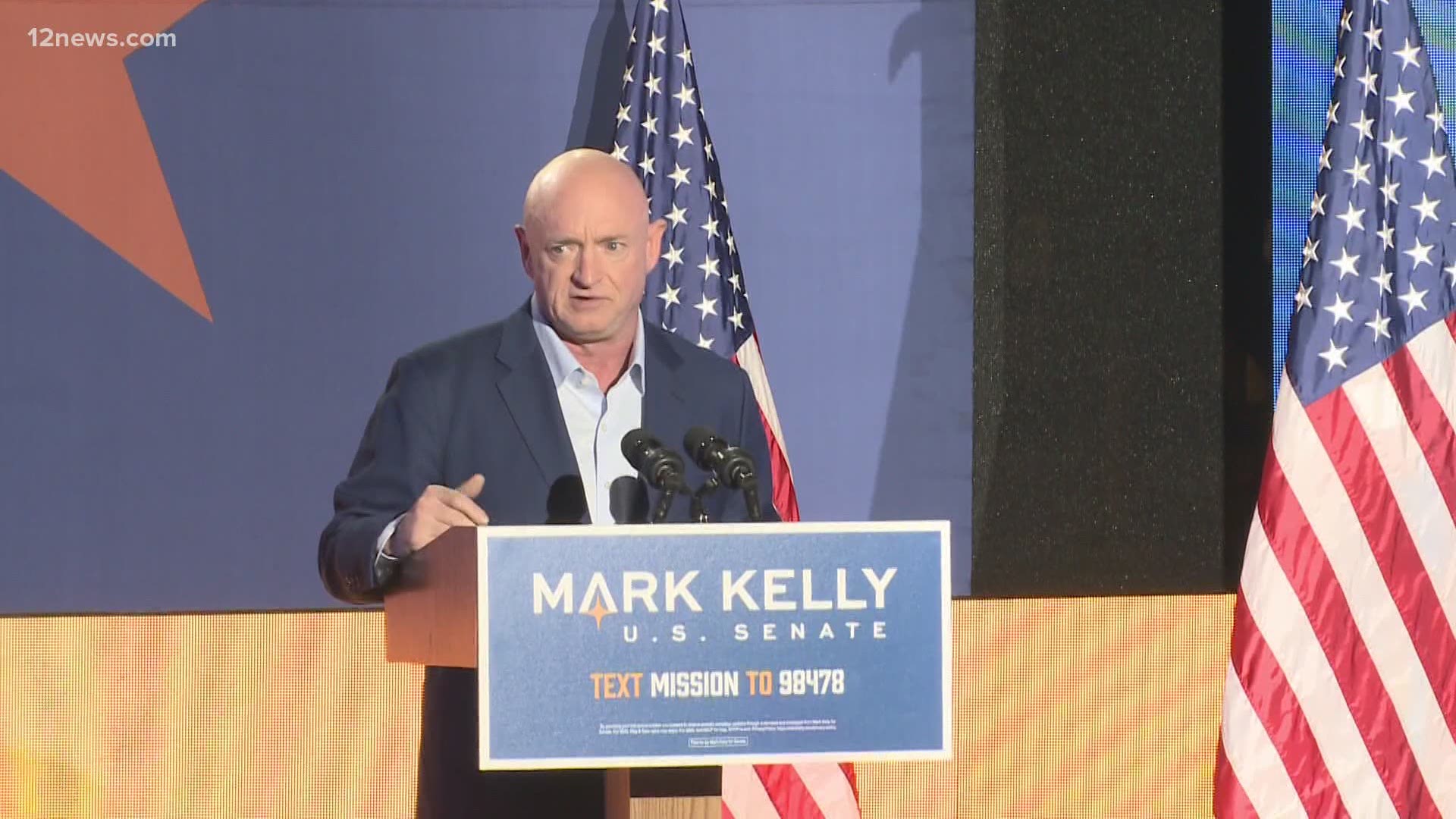 NBC News called the race for Kelly on Friday.

The Associated Press had called the race for Kelly early Wednesday.

Kelly won with 53% of the votes tallied as of midday Wednesday.

He had a lead of 51% by the time the race was called by NBC News on Friday.

It'll be the first time that Arizona has two U.S. Senators in nearly 70 years, according to 12 News' Brahm Resnik. It also marks the second time in two years that McSally lost a race for U.S. Senate in Arizona.

On Wednesday, Kelly released a statement that said:

“I am deeply honored that Arizonans have trusted me to be their next United States Senator and to serve in this seat once held by Senator McCain. We woke up today still facing a pandemic, a struggling economy, and deep division in our country.

While elections officials continue the important work of ensuring every vote is counted, I am preparing for the job of being an independent voice for all Arizonans, regardless of who they voted for. We need to slow the spread of the virus, get our economy back on track, and defend health care protections for people with pre-existing conditions. And I know that together, we can.”

“Hundreds of thousands of votes have still not been counted. Every Arizonan deserves to have their voice heard and vote counted. We continue to monitor returns. The voters of Arizona decide this election, not media outlets.”

McSally fought to hang onto her seat in a race that favored her Democratic challenger, Mark Kelly.

You can see the results for the U.S. Senate special election in Arizona below:

FULL ELECTION RESULTS: Tap here for results in all of Arizona's races

"I am confident Mark will uphold the Arizona values of seeking common ground and putting country above party," part of the statement read.

"I look forward to partnering with him to cut through Washington dysfunction to deliver for everyday Arizonans, and I thank Martha McSally for her service."

The race between McSally and Kelly to fill former Sen. John McCain’s Senate seat for the rest of his term has been expensive.

About $9.3 million was spent on TV and radio advertising in the race between McSally and Kelly, according to NBC News.

Kelly was favored to win the election, according to FiveThirtyEight.com.

McSally was appointed to the seat in December 2018, after McCain’s death. She had previously lost the election for former Sen. Jeff Flake’s seat to Democratic Sen. Kyrsten Sinema.

The seat that is currently up for election was formerly held by McCain, who died from brain cancer in August 2018.

Kelly will have to run for the seat again in 2022, when McCain’s six-year term would have been up.

Before she was appointed to her Senate seat, McSally served as U.S. representative for Arizona’s second congressional district from 2015 to 2019.

Kelly, on the other hand, has never held political office. Kelly is an astronaut, engineer and retired U.S. Navy captain.

But Kelly’s wife, Gabrielle Giffords, served as a U.S. representative for Arizona’s 8th congressional district from 2007 until 2012.

Giffords resigned after she was shot and severely injured in an assassination attempt in Tucson in 2011. Six people died and more than a dozen were injured. 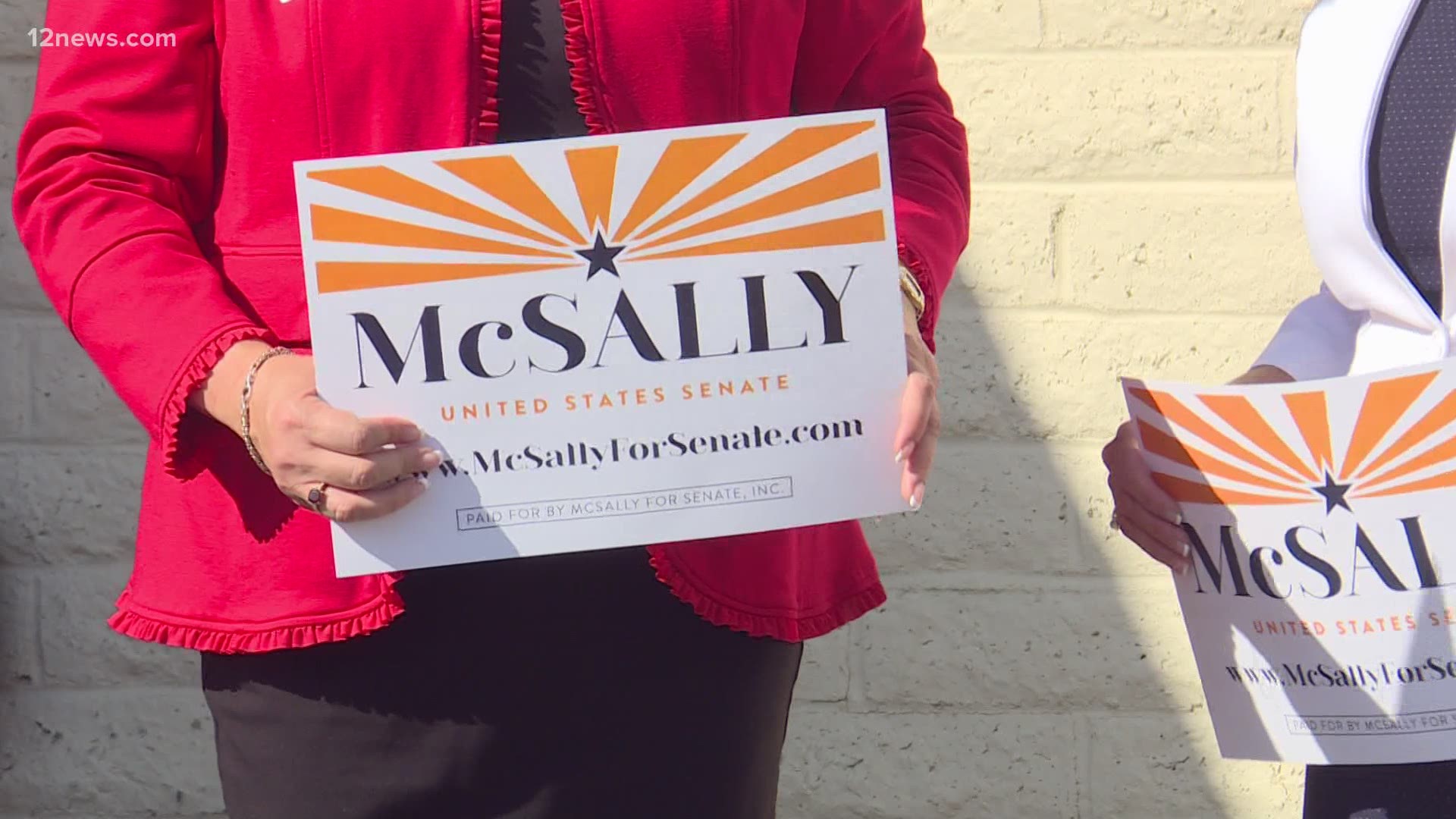