In the final days before the November 3 election, President Trump’s campaign is planning a final surge in Arizona. 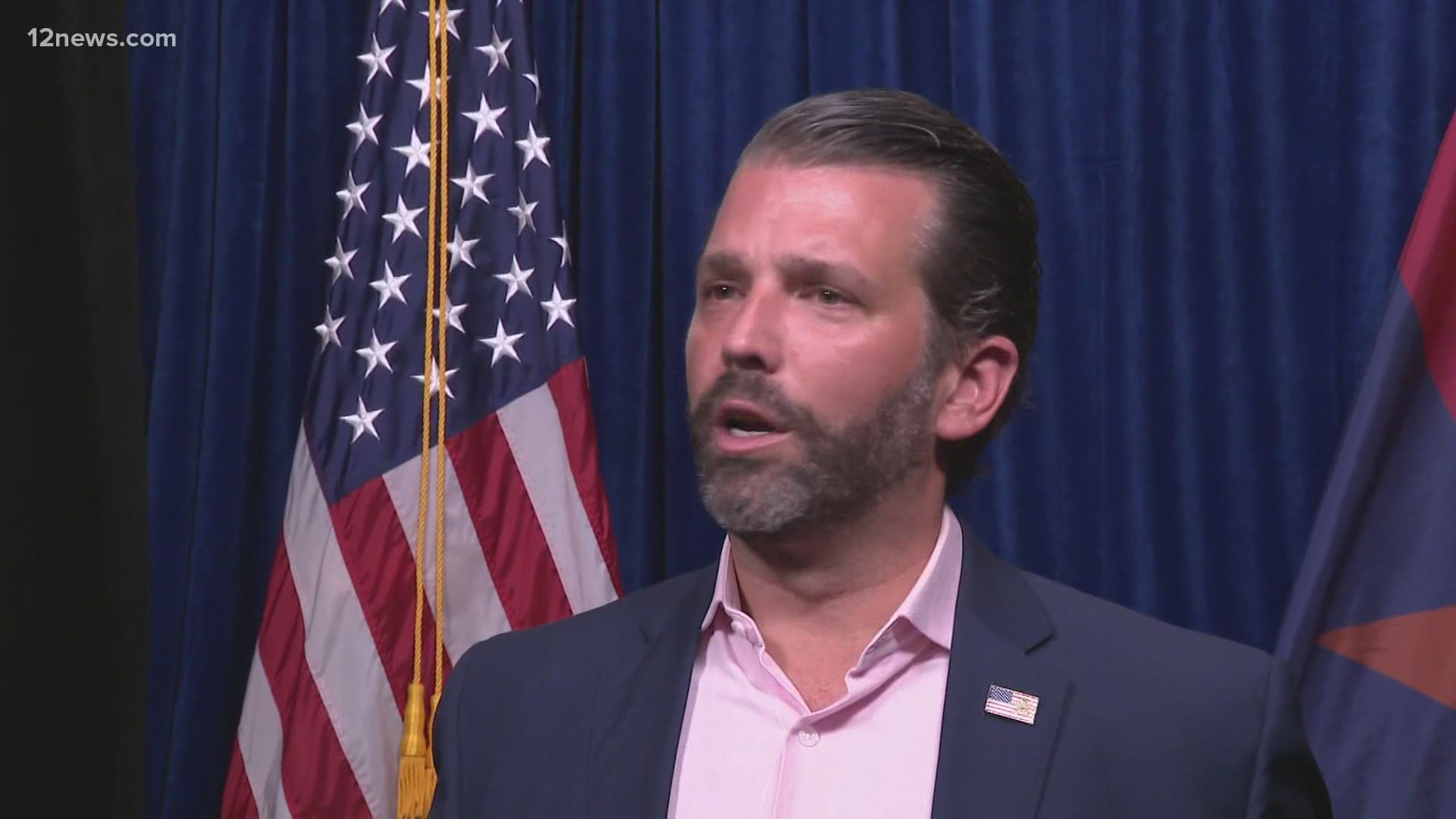 PHOENIX — In the final days before the November 3 election, President Donald Trump’s campaign is planning a final surge to woo Arizona voters.

According to 12 News Political Insider Brahm Resnik, Trump will be hosting events at Goodyear Airport and in Mohave County on Wednesday.

Vice President Mike Pence will hold events in Flagstaff on Thursday and Friday. Donald Trump Jr. will also be in Phoenix on November 2, the day before the election.

These events are subject to change, and the locations of each event have not been revealed yet.

Recent polls from FiveThirtyEight show Trump trailing Joe Biden by 3.2 points as of October 23 but is gaining ground on his Democratic challenger.