Phoenix residents get civilian oversight of police in historic vote

The council passed a plan with an investigative role for the community in cases of alleged police misconduct. An opponent slammed it as the ‘most extreme’ in U.S. 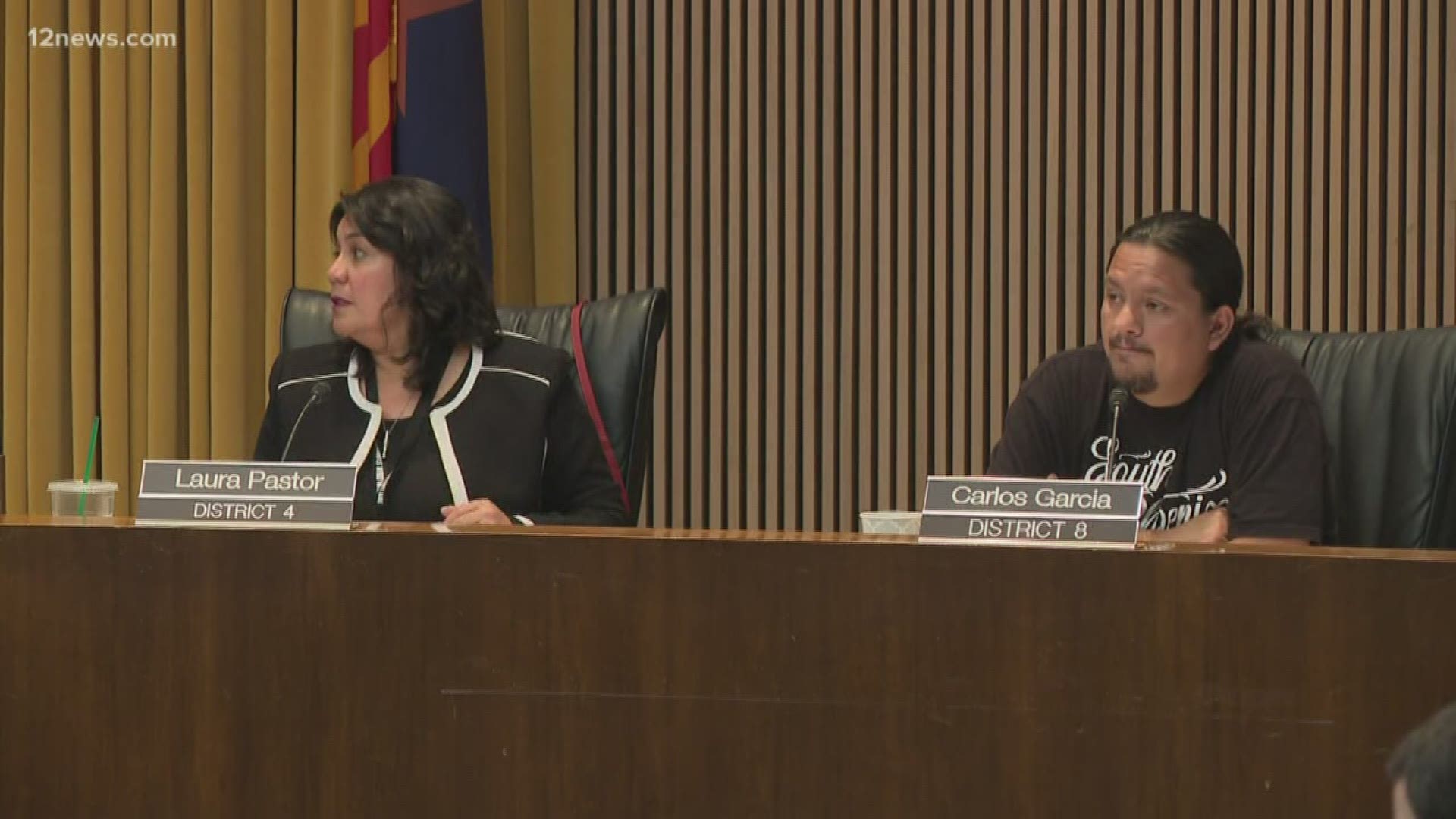 For the first time in Phoenix, residents will have some oversight of the police who protect them.

The Phoenix City Council voted 5-4 Tuesday night to approve a civilian review board that was triggered in part by the record number of police shootings two years ago and an ugly confrontation with a family last year that led to an officer's firing.

The historic vote was felt most deeply by communities of color in Phoenix. Many of the dozens of commenters at the meeting said they had fought for more than a decade for civilian oversight of the police department.

Both plans left the final say on officer discipline with the police chief.

The drama came after a 30-minute break in the fifth hour of the meeting: Gallego conceded her plan lacked the support to pass, and told the audience she would vote for Garcia’s plan.

Garcia’s model for civilian review of officer misconduct would create two new agencies: a city-staffed Office of Accountability and Transparency and an appointed Community Review Board. Both would accept complaints about police.

The agencies would participate in police misconduct investigations by the department, provide independent reviews and make recommendations to the police chief. The chief would have the final say on discipline.

There was no price tag attached to Garcia’s plan. Gallego’s model called for 12 employees and an annual budget of $1.8 million.

The Phoenix Law Enforcement Association, the union for more than 2,000 officers, opposed both plans.

"We are extremely disappointed the Phoenix City Council chose to ignore the concerns of local law enforcement and establish new oversight entities that will continue the divisive narrative against our men and women in uniform," said Michael "Britt" London, President of the PLEA Board of Trustees. "Our existing process works, providing civilians with the opportunity to question officers in Discipline Review Boards and Use of Force Boards. We wish the council would have taken the opportunity to inform concerned constituents about the transparent process that already exists. Our organization will continue to monitor and provide input during the development of the Community Review Board and the Office of Accountability and Transparency. We will also assess our legal and regulatory options moving forward."

"What Phoenix did today was pass the most radical, extremist, and anti-police plan in the entire country. It is going to put our citizens' lives in danger,” DiCiccio said.

Phoenix Police Chief Jeri Williams released a statement on Wednesday voicing her support for the decision.

But Tuesday’s vote was just a first step. The heavy lifting comes next: putting the new police oversight structure into place.

PREVIOUSLY: Phoenix to vote on what civilian oversight for police will look like

The city said in a statement Wednesday that the Law Department will now develop an ordinance to order the creation of the Office of Transparency and Accountability and describe its operation.

The city will also allocate funding for the new agency as part of this year's budget process, which starts in March.

RELATED: Officers seeking city benefits for PTSD say system is biased against them